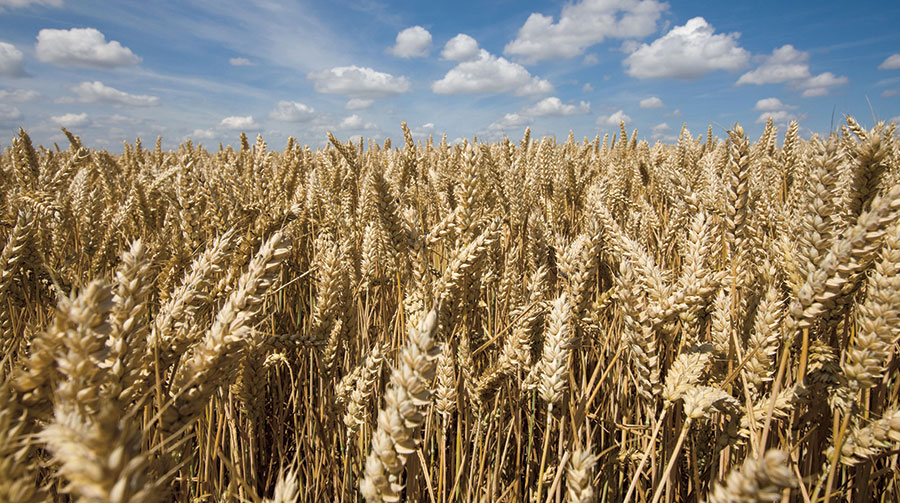 As of Wednesday (12 July), this had fallen back to £153.10/t but still represented more than five consecutive weeks of gains overall.

Ex-farm prices also gained over the week to Wednesday, with the weather fears and a rising market making growers hold back from selling.

“Hot, dry conditions continue to affect spring wheat crops in the Northern US Plains and in southern parts of the Canadian prairies. There is now concern the hot weather could shift east into the major US maize-growing region,” reported AHDB.

With US maize crops reaching the yield-critical pollination stage, markets will continue reacting to weather forecasts.

Dry winter weather in Australia is also raising concerns for winter crops and the country’s potential to achieve its typical 11% share of global wheat and 23% of global barley exports.

The UK wheat crop looks set to return to about 15m tonnes and with an estimated carry-in of about 2m tonnes of wheat to the new season, this would give a potential exportable surplus of 1-1.5m tonnes. However, the UK is not price competitive.

“We are about £6/t out compared with our main export competitors,” said Jonathan Lane, trading director at Gleadell Agriculture.

The picture is better on barley and Gleadell will be loading what is expected to be the season’s first barley export boat at Great Yarmouth, Norfolk next week.

Early samples from the French harvest show a recovery from last year’s disastrous result, with a 31% recovery in yield expected to give a soft wheat crop about 1.5% larger than the five-year average.

However, France also had very heavy rain recently and it will be next week before combines get going again and any quality impact is known.

Reports from the Black Sea region are of lower yields than last year, with the Ukraine’s grain crop estimated at 59m-62m tonnes, versus the record 66m tonnes of 2016.

Stiff competition from South American supplies is challenging US maize exports for the 2016 and next 2017 crops, with the last week in June showing the lowest combined weekly sales total for three years.