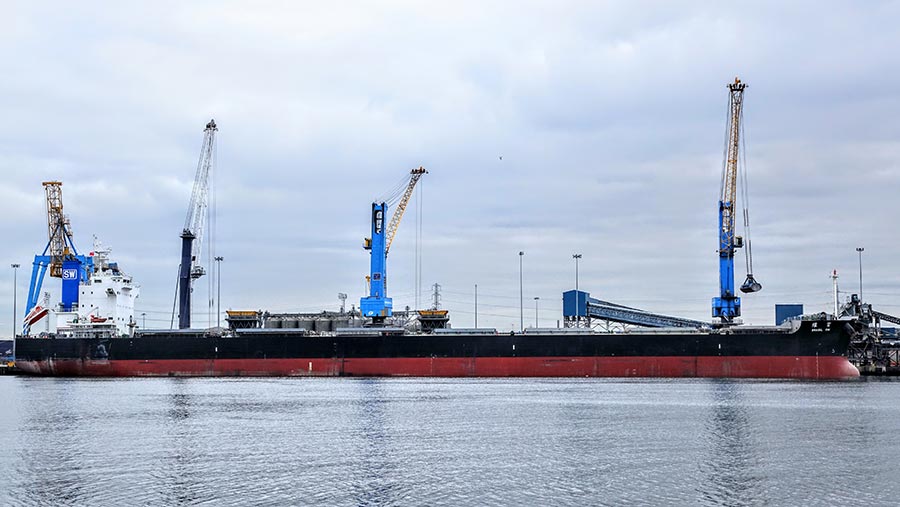 The Brasil SW (pictured) is on its way to taking 65,999t of barley to Saudi Arabia.

UK wheat exports reached almost 300,000t in February, but this was a lower volume than the trade was hoping for.

Barley shipments for the month were a more respectable 214,757t, bringing the season total for barley to 1.25m tonnes (July to end of February).

Barley exports this season have been marked by some very big shipments including most recently the largest barley boat ever from the Port of Tyne.

The Brasil SW (pictured) is on its way to taking 65,999t of barley to Saudi Arabia, where barley is a preferred feed grain. It was loaded for farmer co-op GrainCo in late March and early April, taking barley from farms between Yorkshire up to the Lothians.

The cargo took Grainco’s barley exports to more than 200,000t for the season.

Traders, including Fengrain’s Rob Munro, had hoped wheat exports might have been closer to 400,000t in February.

“March will be big, but we may only get to 2.3m tonnes for the season while imports could be 1.5m tonnes – there have been persistent imports into Northern Ireland and Scotland and it will leave us with a record carryout of wheat.”

GrainCo trader James Chapman said the group would load another 25,000t of feed wheat later this month and that further new wheat export business was likely to be done for this season.

Wheat imports for the season so far stood at 1.1m tonnes by the end of February and barley at 103,000t.