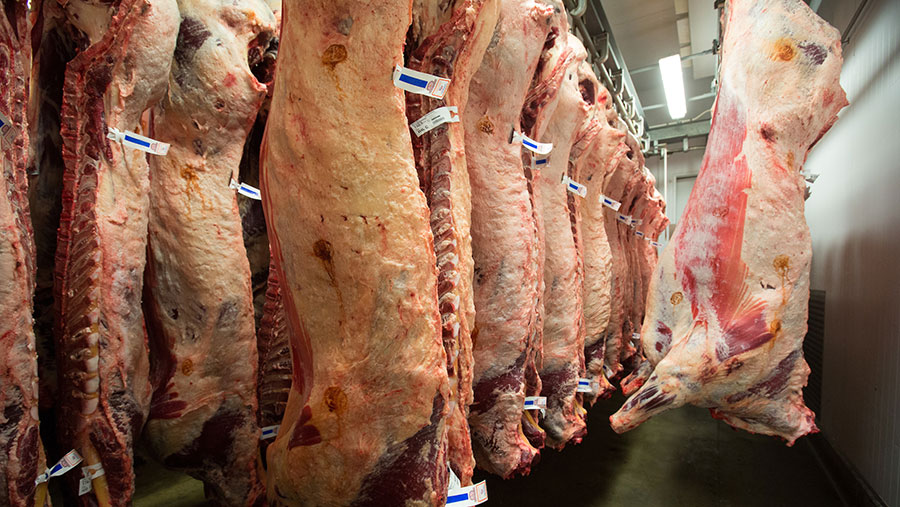 Thousands of tonnes of cheap imported beef could flow from South American countries into the EU after trade negotiators reportedly agreed to lower tariffs in exchange for lower tariffs on EU goods.

The scale of the access which the EU is about to grant to Mercosur nations – Brazil, Argentina, Uruguay or Paraguay – is a reported 99,000t/year in preferential beef quotas and will inevitably put extra pressure on the overall European beef market.

And UK beef producers will face increased competition from South American product in years to come – even if the UK leaves the EU before Brussels completes its imminent trade deal with the South American “Mercosur” trade bloc.

That’s because even if the UK is outside of the EU’s customs union by the time the deal comes into effect, additional beef imports from Mercosur members  could end up displacing some of the roughly 90,000t of beef the UK exports annually to the EU-27.

According to AHDB figures, total beef imports into the EU are estimated at 314,000t for 2017, despite the EU producing an estimated 103% of the 7.8m tonnes estimated to have been consumed.

Last year the EU imported 155,000t of the total from Mercosur nations, but this will have been less competitive with EU produced product than under the proposed new deal as it will have come in at a higher tariff.

Intensive talks have been under way between the EU and Mercosur since 2016, and although the latest round of discussions in Brussels last week failed to seal the deal. A Mercosur source was quoted as saying that “… the beef volume has already been agreed… at levels that are acceptable to the EU.”

Terms for exporting European cars to Brazil are now understood to be the only substantive issue still to be resolved.

A key issue on beef is how the overall tariff rate quota (TRQ) will be allocated between higher-value prime cuts on the one hand, and frozen manufacturing beef on the other.

The bulk of the UK’s beef exports to the EU-27 are fresh or chilled, so significantly improved market access for Mercosur in this segment could see Britain face more acute competition from Argentinian steak on prime Continental markets.

About half of Mercosur’s frozen beef exports, however, flow into Italy – not a big market for the UK – so the impact on UK cattle producers would be less if preferences were to be concentrated in the manufacturing beef sector.

With both the Mercosur and Mexico deals, the UK may have to accept a proportion of the various agricultural TRQs if these agreements come into force before the end of the Brexit transition period in December 2020.