Good Energy powers homes and businesses with 100% renewable electricity from a community of over 1,400 UK generators. In addition, Good Energy offers green gas which is 6% biomethane and 100% carbon neutral through verified carbon-saving schemes. You can also visit our Youtube channel to find out more.

It’s been 10 years since the UK Government passed the ground-breaking Climate Change Act, committing the country to drastically reducing greenhouse gas emissions out to 2050.

Every sector of the economy will be impacted by the urgency to reduce emissions.The farming industry, for its part, is adapting to ensure it isn’t being left behind by this transition.

While sustainability has always been on a farmer’s list of concerns, it now plays an important role in future investment decisions and how a business is run.

Large UK retailers, such as Waitrose and ASDA, have created significant targets to reduce single-use plastics, cut carbon emissions and promote sustainability in both their direct and indirect operations.

This means that farmers need to demonstrate a commitment to these same values to become part of these large-scale supply chains.

Many farming businesses have been quick to recognise this fact. Small to large scale farms have shown their commitment to carbon reduction for instance by investing in on-site renewables, reducing waste, and monitoring carbon emissions.

Treating employees fairly is another key component of any ethically minded businesses and an increasing number of businesses are now accredited as a Living Wage Employer.

Switching to clean, 100% renewable electricity is the logical next step on this journey – obtaining  power supply from sources such as wind, sun and water and immediately reducing carbon emissions associated with power consumption 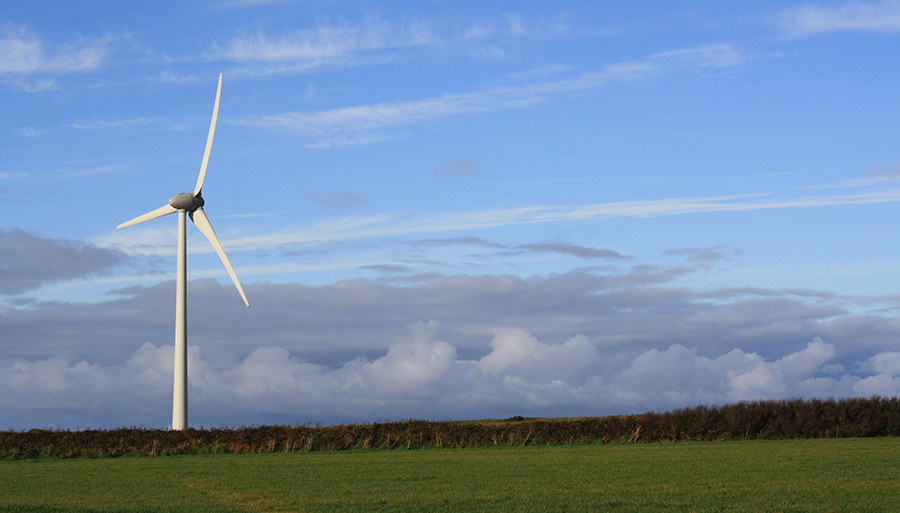 Wiltshire-based Good Energy has longstanding experience in this area, supplying thousands of UK businesses with clean electricity which it matches by buying power from over 1,400 independent renewable generators right across the UK.

Its customers include well-known brands including innocent drinks, Pukka Herbs, and Neal’s Yard.

Good Energy also has a strong relationship with British farmers, dating back to when the company was founded in 1999.

We currently work with over 1,000 farms up and down the country, buying and selling renewable power to help strengthen local businesses.

And we know more farmers are making the move over to clean energy. In 2017, Good Energy surveyed over 1,000 organisations on their attitudes towards using 100% renewable energy;

The agriculture sector had the highest number of respondents who would “definitely consider” making the switch.

This was on top of the 42% who said they were already on renewable contracts, highlighting the central role energy now plays in farmers’ business decisions.

Harnessing clean power has clear benefits in reducing your carbon emissions, but its advantages also extend to creating a stronger, more competitive business.

It is this unique selling point that can help you grow within a crowded market.