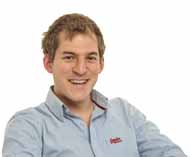 Well, after all that, they didn’t even vote on it.

It was the most contentious resolution to go to the annual jamboree of the Women’s Institute that anyone can remember, and in the end it came down to some head-scratching, soul-searching and an acute case of pedantic semantics.

For those who have been snoozing these past few months, the resolution followed the furore surrounding large-scale dairying and centred on the process of “factory farming”. Clouded with problems right from the off, I didn’t meet anyone reasonable who was in favour of it and most folk agreed that the wording was less than satisfactory.

The meetings I spoke at seemed broadly supportive of the sensible farming viewpoint, but at a loss ultimately on how to vote. With questions ranging from the reasonable to the bizarre, it was clear to me that a resolution that would guide the campaigning work of the WI for the foreseeable future needed better grounding.

The final meeting didn’t find “the practice of factory farming” abhorrent or otherwise. Rather, it decided that the best course of action was to pull the whole thing, sit down, bob a kettle on and let industry talk all about it.

So is it beers all round and time for our industry to put this to the back of the cupboard? Not at all. The WI would like a proper debate on this, and it is up to the industry as a whole to start it before someone else does. Let us not forget the recent PR awards for the campaigns run by pressure groups against large-scale dairying.

The furore surrounding the resolution may well have been tinged with half-truths and misunderstanding, but it has happened. Any ‘debate’ in the future led by industry, however, will need to have an appreciation that the views and the knowledge of consumers about food and farming have improved beyond all recognition.

It is timely that Open Farm Sunday last weekend again facilitated the mass throwing open of farm gates up and down the land to welcome the general public for a slice of the countryside and some education.

One wonders what could happen next after a consumer has shown such an interest – where do the next snippets of information come from? Could the farmer organise a public debate about food? Could the industry make a film? Could there be a series of events between retailers and farmers in supermarket car parks? Who knows?

What is clear, though, is that the industry should give consumers some credit for the support they offer and their part in the miraculous turnaround in the way that farming is viewed.

No longer are we dealing with a populace that has no knowledge of farming at all, but one that is keen to know more and increasingly is up to speed and able to make informed decisions about their food choices.

The public are thirsty for information, and we are going to have to give it to them. This cannot be couched in the patronising terms of a debate about what those annoying “townies” (I live in Leeds so I presume I am one) think about the countryside, it is about what consumers (and that’s all of us) want from their food system in the future. The WI resolution may well have kicked up a storm and caused some headaches, but what we have ended up with could well be very positive. We just need to get going.

Read more from Adam Bedford and our other columnists at www.fwi.co.uk/columnists