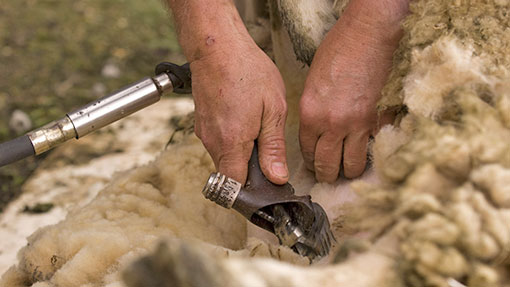 Producers will earn more from wool this year, with the British Wool Marketing Board (BWMB) predicting fleece values about 10% higher than for the 2013 clip.

An average Mule fleece weighs about 2.5kg so should bring in just over £3.

With just 1.6m kg of the 2013 clip left to sell, the board also expects a total clearance of 2013 fleeces before the new selling season opens in July. This will be the second year running that a total clearance is achieved.

The cheques received by producers this year will be about 34% higher than last year as they are made up of a balancing payment from the 2013 clip and an advance payment on 2014.

“Demand has been high, especially in the past six months, with sales in the past few weeks achieving clearances of 100%, at higher prices than have been seen all season,” said board chairman Malcolm Corbett.

“No matter what the type of wool, it is well sought after as a tightening global supply is driving demand from all sectors.”

The strong world demand for wool was driven mainly by increased demand from China, alongside lower global sheep numbers, said a BWMB spokesman. About 30% of the UK clip goes to China, mainly for carpet manufacture.

The Campaign for Wool – a global initiative set up by the main wool producing nations to raise the profile of the product – had been very successful, said the spokesman.

The BWMB grades and markets about 95% of UK wool. All sales are electronic. As shearing gets under way, producers are urged to ensure fleeces are clean and dry and are rolled on a clean surface.