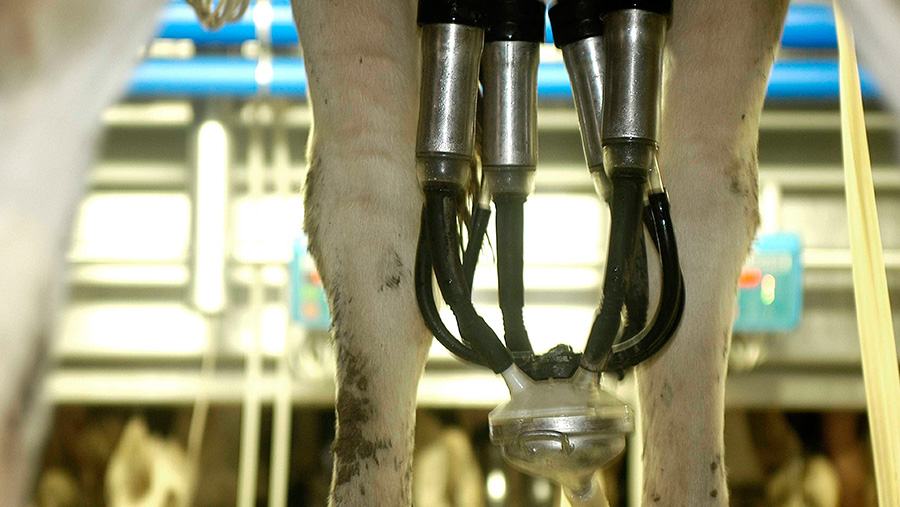 The world’s biggest dairy exporter has raised its milk price forecast for the coming year — but not by much.

New Zealand co-op Fonterra has revealed its first forecast for the year to June 2017: to the equivalent of just 14.6p/litre.

Fonterra expects farmers across the world to start cutting back production as the poor returns continue to bite.

European farmers are unlikely to see the scarily low rates of their Kiwi cousins, who are more exposed to world markets and not paid subsidies.

But the latest forecasts underline just how tough the dairy trade remains.

“China dairy consumption growth remains positive and its demand for imports has been steady over recent [world dairy auctions],” he said.

“We expect these drivers to result in the globally traded market rebalancing.”

The Global Dairy Trade auction, the world benchmark owned by Fonterra, saw prices rise 2.6% on 17 May, the third increase in four sales.

But auction returns have swung between gains and losses for most of 2016, staying stubbornly low.

Also in mid-May, the Dutch dairy board raised its official prices for commodities such as butter, powder and cheese for the first time since February 2015.

They rose again on 25 May, leading some analysts to suggest sentiment was turning.

The latest meeting of the EU’s milk market observatory board backed up Fonterra’s hopes for the year ahead.

Milk production in the EU was 7.2% higher on the year in the first quarter of 2016, while world production also jumped 3.9%.

But the growth is forecast to steady, with EU production expected to be just 1.4% up over the whole year.

“Some improvement in market sentiment was perceptible against the background of slowed-down EU milk production in the coming months and global demand remains healthy,” the observatory’s report said.

“However market fundamentals have not really changed, which implies that an improvement in the supply/demand equation remains necessary.”