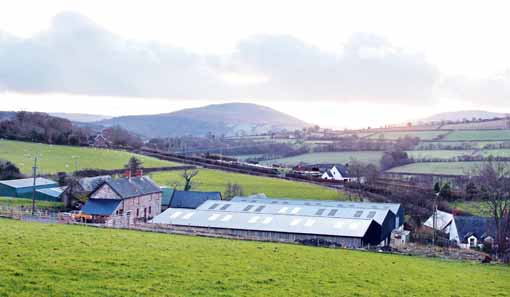 For some farmers, YESS is a catalyst to handing control of the business to their children at a younger age.

Third-generation sheep farmer Aled Rees was 25 when his father handed him the reins of Penmaenbach Farm, near Machynlleth. Mr Rees and his wife Shana have adopted the same approach by giving their sons, Richard Evan and Huw Llyr – both in their early twenties – charge of the business.

“There is nothing sadder than seeing a 50-year-old farmer trailing around after his father in the mart, unable to make business decisions for himself,” says Mr Rees. “I appreciate some farmers aren’t in a position to hand over the business until they retire, but there are many who don’t even try.

“Shana and I passionately believe that by giving responsibility to our sons at a very young age it will greatly enhance their chances of succeeding in business in later life.”

Mr and Mrs Rees transferred the 300-acre Meirionnydd farm to their sons at the end of 2010. While Richard Evan and Huw Llyr run the 450-head sheep flock and lamb-fattening enterprise, their parents concentrate on their holiday diversification business, which includes a restaurant, caravan park and self-catering accommodation. Mr Rees says he is still on hand to give advice – as was the case when he took over from his father.

The brothers will take advantage of YESS, but believe the scheme would be more advantageous if the financial support were extended to stock improvement. “You can make a tremendous difference to a farm by spending £15,000 on genetics, but sadly this option isn’t available because of a European regulation,” says Huw Llyr.

The brothers are keen stockmen and relish the opportunity of maintaining the family’s high standard of stockmanship. The sheep enterprise includes a 450-head flock of Beulah and Welsh mules, together with a small flock of pedigree Texels.

Expansion is very much at the forefront of their plans. “It is a relatively small farm to keep both of us, so we will definitely be looking at expanding if the right land comes up at the right time,” says Huw Llyr.

YESS, launched as a five-year scheme, is now approaching its third year. The deadline for the 2012/13 application window passed last month.

This means that if, for example, two brothers are taking over as head of the family farm business and are under 40, they can apply jointly. This would apply in the case of Richard Evan and Huw Llyr.

Dairy producer Daniel James, who is in his early 30s and farms in partnership with his parents in Pembrokeshire, says widening the scheme has given it more value in an industry where it is not uncommon for more than one young person to be involved in the business.

“I have two brothers-in-law who set up their own businesses several years ago, buying farms with very little and it was really tough for them. Had a scheme like this been in place at that time it would have made a huge difference to them,” he says.