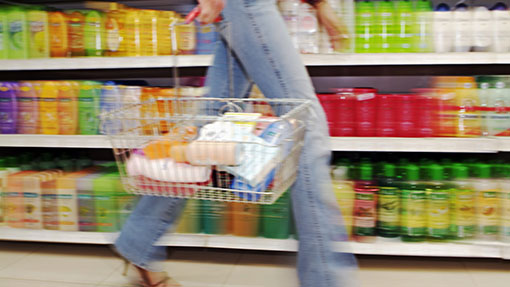 The groceries code adjudicator (GCA) needs your evidence of supermarket breaches of the groceries supply code of practice (GSCOP) – but to start with you need to “know your code”.

Farmers Weekly has created a guide to help you understand your rights under the code, what powers the adjudicator has to help you, and what happens when you submit evidence.

A piece of legislation that sets out principles of fair practice that the biggest groceries retailers in the UK must legally abide by when dealing with direct suppliers. Made law in 2010.

What is the GCA?

An adjudicator set up by the Groceries Code Adjudicator Act 2013 to ensure supermarkets adhere to GSCOP. The GCA monitors retailer-supplier practices through evidence gathering, enforces compliance with the code and provides retailers with guidance on fair dealing. Established June 2013.

Which retailers does the GCA regulate?

This is an important distinction in the code. There are various things that retailers cannot “require” suppliers to do, but can still “request”. An issue may arise when a supplier feels under such pressure from a retailer’s “request” that they feel they have no choice but to comply. Such practices can be raised with the GCA.

Which suppliers are covered by the code?

Direct suppliers of the retailers listed above, including suppliers overseas.

What is covered by the code?

The code does not cover prices agreed between retailers and suppliers, so the GCA cannot arbitrate or investigate pricing. However, if pricing changes unexpectedly during a contract, this may be cause for the GCA to act.

The code states that retailers must: pay for goods on time; compensate suppliers for forecasting errors; not vary an agreement without reasonable notice; not require suppliers to pay listing fees or marketing costs; not require suppliers to use the retailer’s preferred third-party supplier if the retailer receives payment for the arrangement; not charge suppliers for a loss of goods being delivered via a haulier due to theft, loss, or accounting errors; not over-order at a promotional price; not overcharge for customer complaints; not delist a supplier or product without reasonable notice or commercial reasons.

What is a code compliance officer (CCO)?

Each retailer covered by the code must employ a CCO to ensure the retailer complies with the code. CCOs have quarterly meetings with the GCA to discuss issues raised. They are not allowed to be in the buying team. Several are at director level.

How can I raise an issue about a retailer?

Several ways, depending on what you feel comfortable with. For individual complaints, the GCA encourages suppliers to go to their CCO, who should be able to deal with it quickly and, if needed, discreetly. Suppliers can alert the GCA too to provide extra protection and if nothing is resolved can ask the GCA to arbitrate.

To provide evidence of a breach of the code, people can go directly to the GCA or to a trade body. The NFU for example, is actively collecting evidence.

Who is allowed to raise issues with the GCA?

Anyone. Farmers, processors, trade associations, consultants, lawyers, other whistleblowers – even other retailers.

Will my identity be kept anonymous?

Yes. The GCA has a legal duty to do so, unless the supplier chooses to waive this right.

How can the GCA protect anonymity?

The GCA talks to all CCOs about issues raised and asks all to look into them. She does not mention products or categories of suppliers involved. Investigations are likely to have a wide scope so that suppliers cannot be identified.

All you need to know

What can the GCA do? What powers does the GCA have?

Strike one: If the GCA finds a breach of the code that appears not to be isolated, she will raise it with all CCOs, who must look into the issue.

Depending on what is found, the GCA may provide legally binding recommendations to resolve the matter. Sometimes she may raise single incidents with CCOs.

Strike two: If there is sufficient evidence the code has been breached again, the GCA will escalate the matter to an investigation or issue more guidance.

If a breach is found, she can ask the retailer to publish details of the breach in national papers and can impose fines.

She has recommended this fine be up to 1% of the retailer’s UK turnover.

The GCA is not a complaints body, but can be asked to act as arbitrator in disputes between suppliers and retailers on matters relating to the code and may award compensation to suppliers.

Will I have to pay a fee?

No – there is no fee to pay for bringing an issue to the GCA’s attention.

Is it really worth me raising a relatively small matter with the GCA?

Yes. While the GCA does not deal with individual complaints, she needs suppliers to provide the information to make a real difference and build the evidence for investigations.

Can a retailer delist me if I make a complaint?

No. The code states that retailers can only delist a supplier for genuine commercial reasons. In addition, protection of anonymity means a retailer would not know which suppliers contacted the GCA.

Who pays for the GCA?