Ever wonder if you’re making the right career choice? It’s a natural thing to do but, fear not, working in agriculture is probably the best decision you could ever make.

Whether you want a more “traditional” farming occupation, such as running a herd of beef cattle or growing acres of crops, or prefer to work in an ancillary role in plant sciences, technology or the food supply sector, there’s something to suit your skills and help you develop them further. 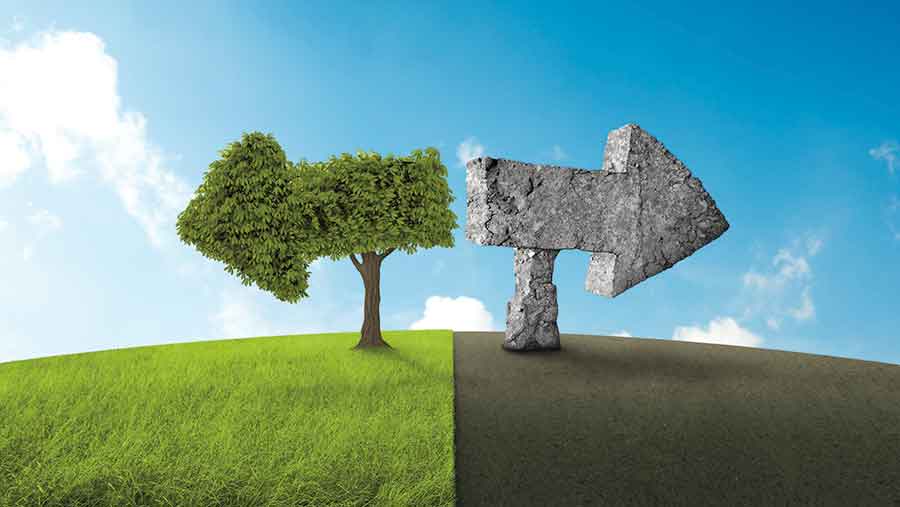 1. The choice is endless

The agricultural industry offers a diverse and interesting range of career opportunities with a vast array of quality employers.

There’s a misconception that the sector is just for people who want to run or work on a farm.

Those people might form the backbone of the industry but the food produced on British farms is also the bedrock of a much larger food and drink sector, contributing £108bn to the economy and employing nearly 4 million people.

This means there are a huge number of opportunities further up – and down – the supply chain too.

For example, agriculture has a vibrant agri-supply sector that sells inputs to farmers, such as machinery, crop protection products, animal feed, fertiliser and seed.

There is also a global network of companies buying and processing the grain, milk, meat and vegetable produced on British farms and ultimately selling it to the end consumer.

Opportunities exist in the world of agricultural research and development too, with scientists working to find solutions to the challenges farmers face on a daily basis in terms of managing disease or boosting production.

Whatever your skill set, there will be a job in agriculture that suits you.

You don’t actually need to have studied agriculture to get a job in the agricultural industry – but looking at the employment record of those people who have is a useful indicator of the long-term career prospects.

Harper Adams University, which currently has about 4,000 students, has the second-highest employment score of any educational establishment in the country – second only to the highly specialised Royal College of Music and the Royal Academy of Music, which came in joint first position.

Latest figures from the Higher Education Survey show that 99.4% of 2015 Harper graduates had a job or went on to further education within six months of finishing their course.

Other universities offering agriculture as an option have equally impressive results. Their employability figures are higher than even those of world-famous universities such as Oxford and Cambridge.

3. You don’t need to come from a farming background

Over the past decade there have been numerous stories about shortages of thousands of workers in the agriculture industry and the need to attract new blood into the sector. The figure often quoted is 60,000 people are needed by the year 2020.

If you talk to anyone involved in any form of recruitment in the agricultural industry, they all report difficulties in finding suitable people.

The problem is sufficiently acute that the industry has joined forces to invest in an initiative called Bright Crop, which aims to inspire young talent to explore the wide choice of careers in farming and food supply.

The agriculture industry wants to attract the brightest and the best and many employers are now taking the view that applicants with the right attitude and transferable skills are more important than applicants with direct, practical experience.

Not every job in agriculture involves working outside. But there are plenty that do, or certainly involve a good chunk of time out on farms talking to customers, which can mean living and working in some of the most beautiful parts of the countryside.

There are even some jobs, particularly those involving looking after livestock, where accommodation is provided as part of the job. This means you get the bonus of living in a pleasant area and avoiding the daily grind of a commute.

It could also be good for your health. The Office for National Statistics found people who live in the countryside live longer than people who are based in urban areas.

5. It’s a modern and progressive sector

British agriculture is a high-tech business using the latest developments in science and engineering to make the production of food cheaper, safer and more efficient.

Agricultural technology has changed rapidly over the past 20 years and continues to do so. It is a move that has been driven by the need to reduce costs, increase output in the face of a rising global population, respond to climate change and improve environmental protection.

Increasing numbers of farmers are adopting precision farming techniques that use GPS systems, drones, robotics and the analysis of data. It’s a complex world, involving highly sophisticated equipment and techniques, designed to take food production to the next level.

The growth of technology in agriculture means opportunities for those with a particular aptitude for science, maths and engineering are only going to increase.

It has become a bit of cliché to say it, because it has been said so often by politicians and policy makers, but the global population is expected to reach more than 9 billion by 2050.

This rapid expansion, from an estimated 7.4bn today, means the long-term prospects for agriculture are good. Fundamentally, people are always going to need to eat.

That’s not to say that the agricultural industry doesn’t suffer painful downturns. It is in the middle of one at the moment, with market volatility putting severe pressure on many farmers and in turn the people they buy from and sell to. But over the longer term, the signs are good.

A survey carried out by Farmers Weekly in 2015 showed that average salaries in agriculture exceeded the national average.

The survey of 1,300 readers, carried out in association with recruitment consultancy De Lacy Executive, was completed by farm-based workers (FWs) and by those working in agriculture-related businesses (ARBs).

For people working in the agricultural supply trade, the average annual salary was £33,583 and 13% of respondents indicated they earned more than £50,000 a year.

Many of these workers also received other benefits, with 39% getting their mobile phone bill paid and 38% receiving a company car.

Wages were lower for people who worked on farms, with the national average coming in at £26,193. However, this was before any benefits were taken into account and 87% of respondents had some sort of additional perks, including accommodation, their mobile phone being paid, or a company vehicle.

8. You’ll be making a difference

There is something very satisfying about working in an industry that is essential for human life. As custodians of the countryside, farmers are also responsible for shaping the look of the environment and maintaining it for future generations.

Being involved in an industry that produces high-quality, welfare-friendly food at affordable prices is something those who are part of it can be extremely proud of.