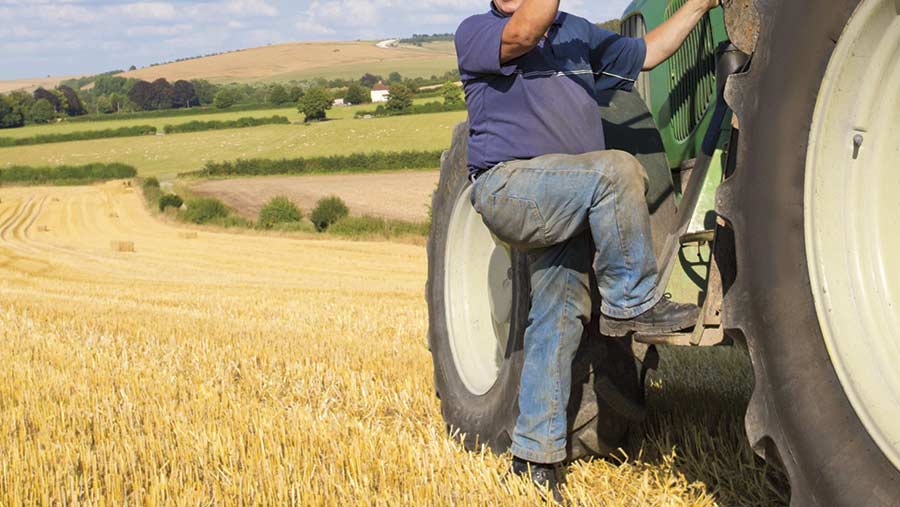 For those without a farm to inherit, getting into agriculture isn’t always easy. But it can be done.

Familiar pathways into the industry include farm management and taking on a county council tenancy – usually after college – and gaining relevant experience.

But it is also possible to carve a career in farming following a more unusual route.

These include harnessing the power of crowdfunding via the internet, marrying into a farming family and even winning the lottery.

Whatever your chosen route, getting your foot on the farming ladder is well worth it and there are few more rewarding careers.

See also: The A to Z of careers in agriculture

A new matchmaking service is bringing landowners together with young farmers and rural entrepreneurs who want to get started in agriculture.

The Land Partnerships Service specialises in matching people who have land or an existing farm business available with people looking for opportunities to start or take on an enterprise in the sector – such as via a joint venture.

“It works the same way that internet dating works – we match people together,” explains Alison Rickett, managing director of the Fresh Start Land Enterprise Centre. The service is confidential. 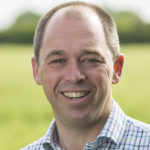 Big farm management companies such as Velcourt and Sentry provide a good route into the industry – as well as a career structure that many farms cannot match.

Sentry Norfolk business manager John Barrett joined the company in 1997 as a trainee farm manager in Hertfordshire and Bedfordshire before spending three years as assistant manager at Sentry Dorset.

He moved to an 480ha arable business in Norfolk in 2001 and has since grown to 1,400ha, managing seven farms with a team of three full-time employees. Also now heading up Sentry Marketing, Mr Barrett was made a Sentry director in October 2016.

As well as following the traditional approach of working and saving hard to grow and develop his own business as a new entrant to agriculture, Jack Stilwell turned to crowdfunding to raise money for his project.

With just seven head of cattle, his goal was to raise £4,000 to cover the rent for an additional 20ha of pasture at £100/ha, to buy 10 calves at £150 a head and for sundry and feed costs. The idea gained widespread publicity, including on the BBC’s Countryfile. 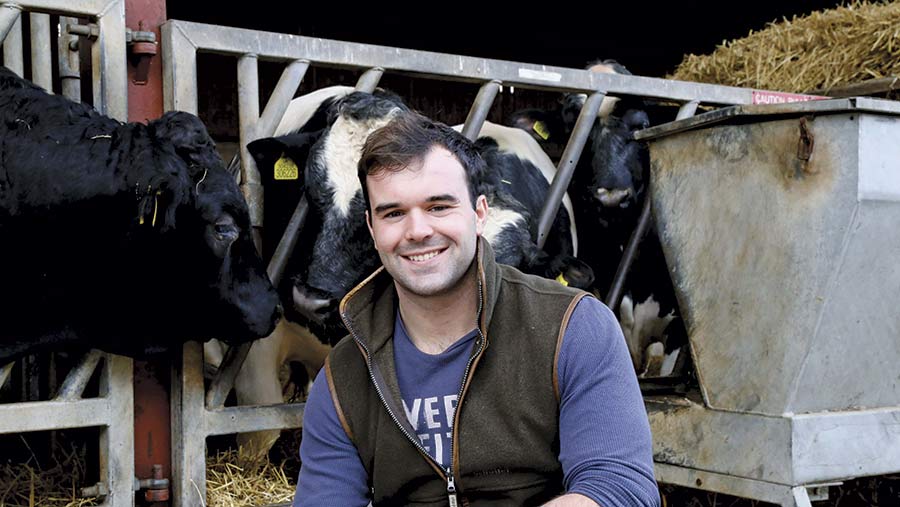 Unlike many crowdfunding initiatives, the venture promised no interest, repayment or a stake in the business. But donors were promised farm visits. Still only 26, last year Mr Stilwell reared 4,000 cattle and was named 2018 Young Sussex Farmer of the Year. 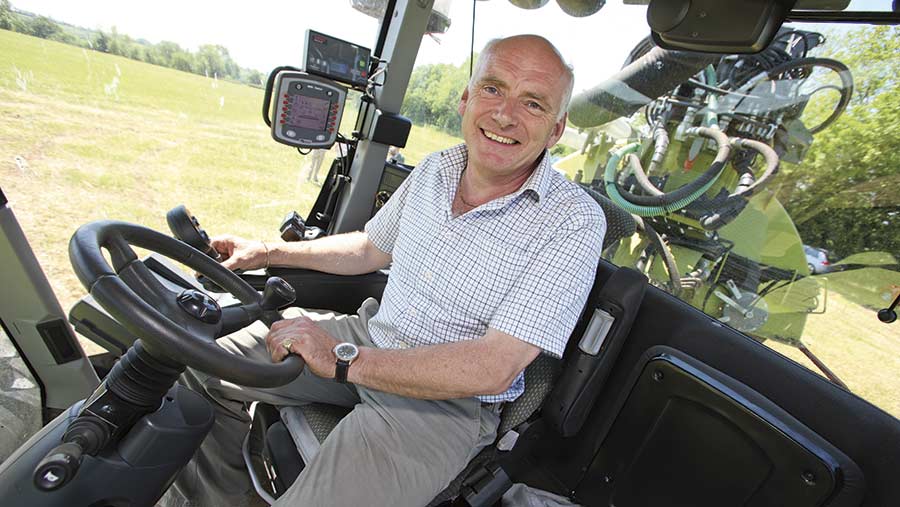 Charles Baker started out with little more than a Ford 4000 tractor and some promises of work. That was in 1974. Today he is the managing director of RC Baker – a family-run contracting business based near Banbury, Oxfordshire.

It hasn’t been plain sailing, but Mr Baker’s determination shows what can be achieved. He lost nearly half his silaging business almost overnight in the dairy slump of the 1990s – but managed to restructure and diversify into renewables and environmental work.

Reinvesting in modern machinery, Mr Baker won the Farmers Weekly Contractor of the Year Award in 2009 and last month was named 2018-19 chairman of the National Association of Agricultural Contractors.

5. Take on a tenancy

County farms remain a tried-and-tested route for getting a first foot on the farming ladder – and could be given a new lease of life if Defra farm minister George Eustice gets his way.

Although some councils have sold off farms, the government is keen to explore ways of working with local authorities to develop coherent plans for the future of their farm estates – possibly including support for investment, he told the Tenant Farmers Association last autumn.

Local councils aren’t the only bodies offering farm tenancies, of course, with charities such as the National Trust among the organisations particularly keen to encourage new entrants into agriculture. The Duchy of Cornwall also prioritises new entrants.

For those who prefer security to risk, contract-rearing livestock in partnership with companies such as Tulip subsidiary BQP can be a good way of making a living from farming.

It is an arrangement that has worked well for almost 40 years. The farmer provides the on-farm facilities such as land, equipment, buildings, labour, straw and water and BQP provides the feed, vet and field staff support – as well as the pigs being reared.

Suffolk farmer David Bird became the 100th BQP new-build unit to come on stream in 2016, with the number now more than 130. Support is ongoing and covers everything from feed to animal husbandry and welfare – backed up by a five-year contract.

Three years later and, true to his word, Mr Maxwell has done just that and is now the proud owner of a broiler unit in North Yorkshire and three turkey farms in Lincolnshire.

As well as farming, Mr Maxwell also used his new-found wealth to buy a new Range Rover, travel and continue with his charity work. As they say: “You’ve got to be in it to win it”. 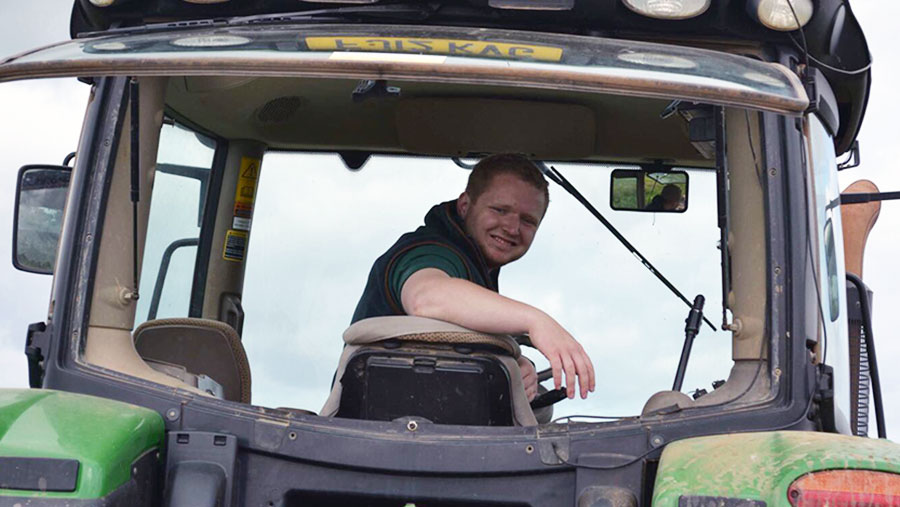 Farmers Apprentice is a Farmers Weekly initiative to help get young people into farming. The competition encourages entries from people with no farming background, as well as those who do.

Our last winner, in 2016, Joe Weston worked at a bike shop and his only connection with agriculture was that he wanted a future in the industry.

Joe won an internship with farming business Farmcare and when it ended in September 2017, he landed a full-time position as trainee farm manager at Goole Estate.

Read more about Joe’s experience and how you can enter Farmers Apprentice 2018.

See the Farmers Apprentice website for more details on applying.

8. Marry into a farming family 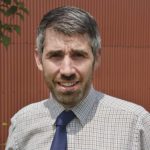 Coming from the financial sector, Mr Tompkins was soon bitten by the bug. He started milk production in 2008 after joining the family’s business, and has helped build up the herd to 200 dairy cows.

He is now an AHDB Dairy Ambassador and an NFU national dairy board member.

A passionate campaigner for the sector, he helped conceive the #HappyCows hashtag on Twitter for World Milk Day to encourage more people to buy British dairy products.

When 67-year-old poultry consultant Richard Maxwell’s numbers came up in the Euromillions lottery in April 2015, he didn’t take long to decide how to spend some of his £53m winnings.

After working as a part-time consultant for Norfolk-based turkey producer Bernard Matthews, the win provided Mr Maxwell with the ideal opportunity to get into poultry production himself.

“It is something I feel comfortable with,” he told Farmers Weekly’s sister title Poultry World at the time. “I like the people I deal with in the poultry sector. It will give me something to keep me grounded and keep me busy.” 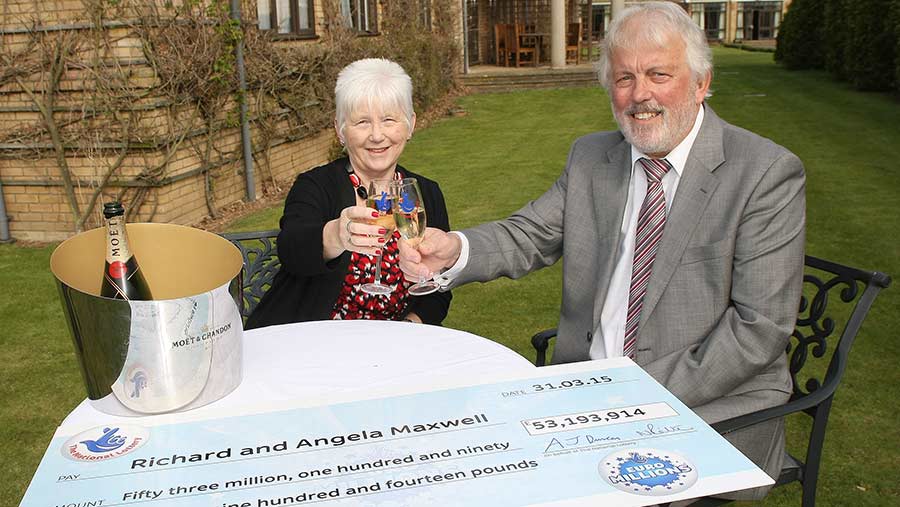 What makes a good farmer?

People skills and networking are vital qualities for a successful career in farming, says Rhonda Thompson, business development manager for Bishop Burton College, who has developed a new management course to develop the skills needed by people carving out a career in agriculture.

Leadership is an important attribute, she adds – and so is the ability to delegate. “You can’t do everything yourself, but it is important to lead by example and motivate others so people are supportive and know what you are trying to achieve.”

Many skills can be brought into a business – so don’t think you have to know everything, says Ms Thompson. These include skills such as agronomy or nutritional advice. But good farmers are almost always entrepreneurial and innovative.

“It is important to question rather than accept the way things are done. Your personality and people skills are often more important than what you know – although knowing about accountancy means you will know your costs and be able to benchmark your performance.”

Technical knowledge is important too. “Machinery is so technical these days that it is probably one area you need to know about yourself, rather than relying on others. You shouldn’t expect somebody else to do a job if you don’t understand the technical aspects yourself.”

The Farm Management Development Programme aims to develop the skills needed to succeed in a management role. Held over two weeks split between November and February, it was developed in conjunction with some of the country’s top farmers and the Royal Agricultural University.

Harry Middleditch, who took the course last year, says: “I arrived home with a new outlook on agriculture as a sector, as well as a broader understanding of management. The course has made me rethink my business and how to take it forward.”