The law has always attracted bright, ambitious young people, but specialising in agriculture can make for a fascinating, fulfilling career.

It’s a competitive sector to get into, but involves interesting cases and great clients, so is well worth considering. 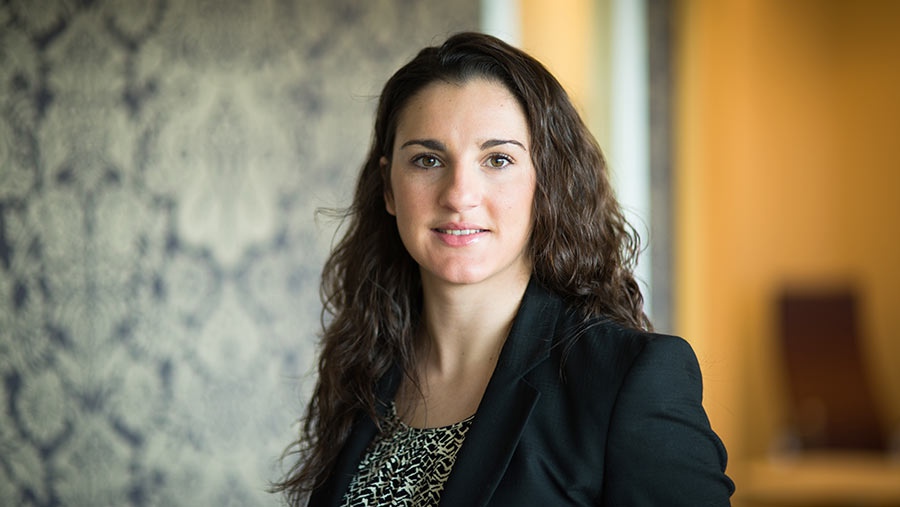 What made you want to become an agricultural solicitor?

Let’s put it this way: it’s not something they teach you about in law school. I’m not from an agricultural background, so I didn’t set out intending to be an agricultural solicitor.

I ended up doing work experience with the founding members of Michelmores’ agriculture team in Bristol in 2011, having been introduced to one of the partners, Peter Williams, through his wife, who I met while volunteering at my local Citizens Advice Bureau.

What qualifications do you need to do the job?

There are now a number of different routes into a career in law. A law degree is not essential. Three of our partners were previously rural surveyors.

The most common route, however, is still a degree, a conversion course (if you have not done a law degree), followed by the Legal Practice Course.

You then need the “golden ticket” – a training contract. This is essentially a two-year apprenticeship with a law firm, after which you are a qualified solicitor.

What personal traits do you need to do the job well?

It can at times be stressful so you need to be able to work well under pressure. You must be able to work as part of a team, have good communication skills, be able to think outside of the box, be enthusiastic – and have a sense of humour.

How tough is it to get into the profession?

The number of training contracts has continued to rise since the financial crisis, but it is still very competitive.

Michelmores receives at least 250 applications for the 10 training contracts we have available each year. The ratios at bigger city firms would be even higher.

But isn’t it all about dusty books and obscure case law?

While it inevitably involves reading textbooks and considering case law, one of the reasons I love my job is because of the variety and the great clients and contacts I have.

One minute I can be hiking round a farm on a site visit, the next I’m sat behind leading counsel in the Court of Appeal.

At the moment, I am particularly interested in the outcome of a five-day trial we had in May in the First Tier Tribunal (Property Chamber) Agricultural Land and Drainage.

We are acting for a tenant applying to succeed to his father’s Agricultural Holdings Act tenancy who is having to defend the landlord’s application for consent to a Notice to Quit, on the grounds that it is in the interest of sound estate management to terminate the tenancy.

This is only the second case of this nature that has been presided over by the Tribunal so it’s groundbreaking stuff.

What’s been the highlight of your career so far?

I am fortunate to have been involved in a number of high-profile cases at the cutting edge of the law since qualifying as a solicitor in 2014.

However, the highlight is probably my involvement in The Crown Estate Commissioners v Wakley (acting for the Wakleys), which culminated in a 15-day trial in the High Court in 2016, in which the Wakleys were successful.

What are the areas of law that farmers most often consult the legal profession over?

Farmers, like anyone, need lawyers when it comes to doing the things we all do, such as buying and selling property.

I also draft non-contentious agreements relating to land use and occupation.

What advice would you give a young person wanting to follow in your footsteps?

Work hard and don’t give up, even if you face rejection. Get some work experience, too. You might have an idea of what it is

like to be employed in a law firm, but you’ll never really know until you try it.

As a first-year trainee solicitor with Michelmores in Exeter the salary is £27,500, increasing to £29,000 in the second year.