Advances in genetics are key to efficient, profitable livestock production and feeding the world with healthy, tasty meat.

If you’ve got a gift for science or maths and fancy the idea of working in a cutting-edge profession, this is a sector you should consider. 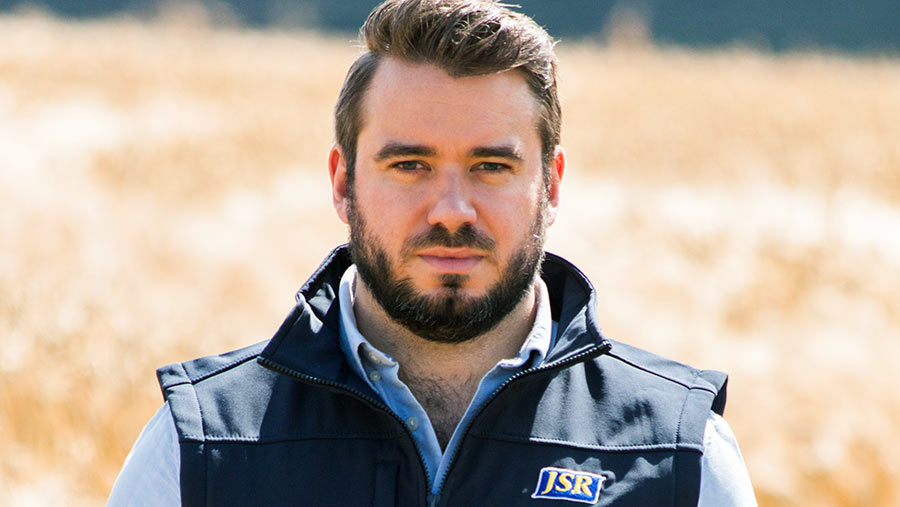 What made you opt for a career in animal genetics?

It was purely accidental. I was good at biology in secondary school, so studied that at university and ended up specialising in human genetics in my final year.

I sent a speculative email to JSR, as I was aware of the work it did. I explained that I was OK at genetics and, given that it is a genetics firm, I asked whether we could help each other out.

What role does JSR Genetics play in the livestock sector?

JSR Genetics supplies breeding stock globally, although our focus is the UK market. We have about 35% market share in the UK, which comes from both selling semen and live breeding stock.

What sort of work does a geneticist do day-to-day?

Genetics is mainly numbers these days, so it involves a lot of quantitative genetic work, which is essentially the mathematical prediction of which animal will earn a customer more money and then using those to form a breeding programme.

Each animal is assessed on a multitude of traits, from growth rate to meat quality. All of these are individually measured and used to generate an index for the animal, which is directly related to how profitable the animal’s offspring should be for the customer.

These indexes can be changed depending on what market we are selling the animal into, or even what supply chain these animals may be sold on.

A geneticist’s role also can involve other R&D. At JSR, we are working, for example, on meat quality and even pig in-vitro fertilisation, which is a more sustainable way to move genetics around the world.

Did you come from a farming background – and is it necessary?

My family runs a livestock haulage company, so I have an understanding of farming, but I wouldn’t say it’s a deal-breaker these days.

What sort of qualifications are required?

A degree in science or maths is a great help.

What do you say to science graduates who think agriculture is boring?

It absolutely isn’t. I’ve had the chance to travel the world, be on TV, speak alongside celebrities and make some great friends. It’s hardly just a desk job.

Having joined as a graduate in 2009, I went from trainee geneticist to head of science in 2011, then became head of technology transfer in 2013. I left JSR, as I wanted to try my hand at London living, then rejoined as technical manager in 2016. While I wasn’t a fan of the city, I learned a lot about how to streamline costs and improve efficiencies during that spell as a technical director at a feed manufacturing PLC.

Back at JSR, I developed into a commercial manager, then commercial director before becoming managing director (designate) in 2019.

As well as the genetics company, my role includes looking after our commercial pig business, which has 3,500 sows producing slaughter pigs for meat, as well as acting as a test base for our genetics products.

What’s the secret to getting promoted quickly?

It sounds strange, but asking to do something that probably is beyond you, but you know you can learn, does help your progression.

Management responds to ambition when it’s backed up with some skill/effort. Another area is not being afraid to be wrong. I have been wrong quite a few times, but learning from it and showing you have learned is an important trait.

What advice would you give to someone wanting a career in animal genetics?

Do it! Don’t be afraid to contact a company, even if they aren’t hiring, enquiring about opportunities.