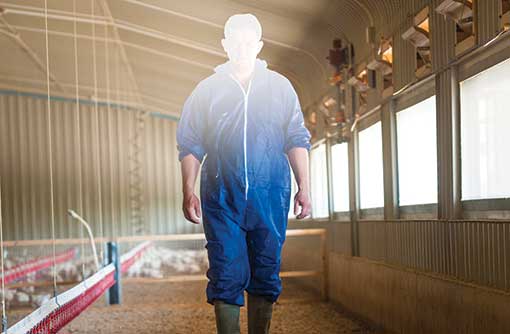 A lack of farm managers is causing real headaches for poultry producers and processors up and down the country, as the sector continues to put up new units in response to growing demand for chicken.

Norfolk-based Banham Poultry recently advertised for three managers, including a job running its brand new broiler unit near Wreatham. “It has been a struggle to find people of the right calibre,” said head of agriculture Lars Brattinga. “We have filled one of the three posts, but that has been someone from another company, which just leaves them with a hole to fill.

“There are a lot of farm managers coming up for retirement in East Anglia, and a lack of new blood available to fill their shoes. Fifteen years ago, there was a lot more youth about and senior management was older. That seems to have been reversed in recent years.”

Mr Brattinga said the ideal candidate for a manager’s job would be someone with at least two years’ experience as an assistant farm manager, plus a suitable qualification. He also had a preference to bring people on from within the company, rather than sourcing externally. “Unfortunately, we are not in a position to do that. It’s a real problem for the industry.”

John Reed, chairman of the British Poultry Council and agriculture director of integrator Cargill Meats Europe, agrees that the industry is struggling to fill its vacancy list.

“We’re doing a lot to try and attract, recruit and retain good people, but we’ve got a short-term hole to fill,” he said.

Advertising in local media tended to get plenty of applicants, given the wider economic difficulties, but very few would be suitable, Mr Reed added. Advertising in specialist publications might unearth someone more qualified, but that might then leave someone else short.

“We need to fill up the pipeline, rather than just poaching from each other,” he said.

Andrew Gibson of 2 Agriculture says the problem goes wider than just poultry and applies to the whole of agriculture.

“Looking after any livestock is a 24 hours a day, seven days a week job, and people just don’t want that kind of commitment. It’s the same in our factories. Sometimes we can’t do a Sunday kill, because we can’t find people who are willing to work at the weekend.”

2 Agriculture is increasingly looking to take students on placement from agricultural colleges, to at least show them what a career in broiler production can look like. “If you have got the drive and enthusiasm, there are the opportunities in the poultry sector to climb the management ladder.”

But Mr Gibson also complains that some people want to run before they can walk, believing they should be managers within a few months of leaving college. “One of our farms in Humberside has 500,000 chickens. It is a huge responsibility and it takes a lot of experience to take that on.”

Finding managers for these sorts of units means selecting the good managers on other company farms and moving them around. And they will often still need training in computer technology and modern heating and ventilation control systems.

In search of solutions

The industry is already taking a proactive stance when it comes to training and developing the next generation of managers (see box, right), but it could be doing more.

According to Chris Dickinson, poultry adviser at the NFU, it is a particular problem to get 16 to 18-year-olds interested, many of whom perceive farming as low skilled and low paid.

“Yet the career prospects are good and the rewards for good farm managers can be substantial, especially if there are cars or houses thrown in. We need to get on to the colleges and, much like the Duchy College is already doing in the south west, get them involved in apprenticeship schemes.

“We need to show young people some of the technology that is now used on poultry farms, like under-floor heating and biomass boilers, to make them realise it is a high-tech industry.

“We don’t need the colleges to set up their own poultry units, necessarily. There are plenty of farmers out their with state-of-the-art sheds who are more than willing to get involved with their local colleges and help train students.”

“Students begin to consider their career options as they progress through secondary school and it is important they are aware of the opportunities the poultry sector can provide,” she said. “BPC is working with FACE (Farming and Countryside Education) to train ‘poultry ambassadors’ to go talk to students in schools and explain what they do.

“Direct interactions between students and poultry staff will always offer meaningful and effective engagement. We want students to see the real potential of a poultry career and the wide range of skills and training opportunities available. A poultry career can be exciting and rewarding so we want our ambassadors to get out there and share their stories.”

And in East Anglia, training specialist Poultec is launching a Young Apprenticeship Academy. Training manager Nathan Raines says that a key part of this will be going into schools and to careers fairs to raise awareness of the opportunities in agriculture.

It will also run a matchmaking service. “It is important that, where possible, employers move their apprentices around, perhaps to a breeder unit or a hatchery, so they get to see the whole industry and develop an interest, rather than getting bored doing just one thing on the same farm.” 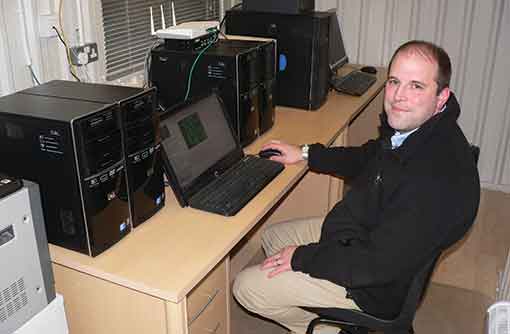 Broiler producer and former Poultry Farmer of the Year David Speller recently advertised for a manager and an assistant manager for his new unit in Lincolnshire.

Adverts placed in Farmers Weekly and Poultry World triggered a good response, with some 35 applicants for the two roles.

“We were initially very encouraged, but then we found many were far from suitable. Some had been out of the sector for a number of years, others claimed to have been managers, but were really assistant managers.

“We also had some older applicants who would have been okay on a 1970s farm where everything was done manually, but not on a modern, dynamic unit, where we are using computers and sophisticated high-tech equipment to maximise the genetic potential of modern broilers.”

Of the 35 applicants, Mr Speller selected seven for interview and managed to get two people who will be a good fit.

Warren Gittoes is currently assistant broiler manager at Uphampton Farm, Herefordshire, with an eye on his first full manager’s post. We asked him some questions:

How did you get into it?

I started coming to this (mixed) farm when I was 12, and then did weekend and holiday jobs before starting full-time. I still do a bit of everything, but enjoy it most when I’m with the chickens.

The performance of the birds and trying to get the best results I can. Unlike cattle and sheep, with poultry you can see the results of your efforts in a short space of time. I also like the competition, as we are in a league table with other farms in the area.

And the worst bit?

Sometimes the hours are unsociable, but that’s farming.

How do you view the remuneration package?

I think it’s excellent. It pays better than other jobs in agriculture. It also came with accommodation, though when I got married we bought a house off the farm.

Can you see yourself doing anything else?

Only other jobs in the poultry sector, for example running a broiler breeder unit or managing a bigger poultry farm.

Where do you see yourself in five to 10 years’ time?

I’d like to have more of an overseeing role, being the manager of a few farms in a wider area.

What the indutry is doing to encourage the next generation