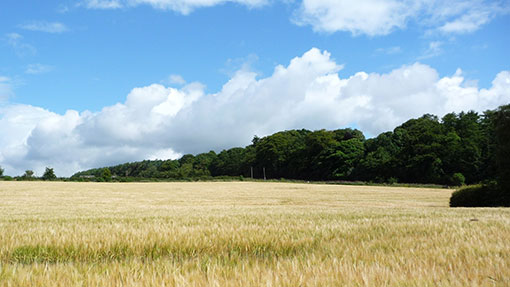 With few farms on the market and the cost of renting on the rise, becoming a tenant farmer in Scotland is a struggle. Nancy Nicolson reports.

It is unlikely there has ever been a worse time to look for a farm tenancy in Scotland.

Not only is the country suffering from widespread uncertainty over the outcome of the independence referendum, but the current government consultations on Agricultural Holdings legislation and Land Reform have prompted lairds to close the shutters on new leases and bring as much land as they can “in hand”. Virtually no farms are on the market to let and figures released last week show the average cost of renting land in Scotland has risen by 13% in the past year. Demand far outstrips supply.

And yet the irony is that the political will has never been more supportive for new entrants to agriculture. Just last week, Forestry Commission Scotland announced the creation of a ninth “starter” farm for a fledgling farmer at Gourdie near Dundee. While the farm only extends to 19ha, is limited to horticultural and woodland activity, has a lease of just 10 years and comes with no house, it’s a public symbol of the government’s determination to change the status quo. If this unit follows the pattern of the previous eight starter farms, it too will be besieged by desperate applicants.

But while the availability of land may be virtually nonexistent, the government’s New Entrants to Agriculture programme, which is run by Scotland’s Rural College, has attracted more than 140 prospective young farmers in the past two years.

An ongoing series of workshops offers newcomers to the industry practical guidance on business planning, marketing and negotiation skills and has attracted participants at regular events from the far north in Thurso to Stranraer in the south-west.

The courses are open to individuals who will be joining established family businesses, and the programme’s manager, Doug Bell, expects to roll out another two networking groups in Perthshire and the Borders later this year. He is enthusiastic about what the programme offers, but he is realistic that the prospects for most aspiring farmers are depressingly poor.

“Very few tenancies are coming up so it’s a frustrating, challenging marketplace. We don’t run a formal matchmaking network but people are kept aware of any opportunities that come up,” he said. “And the material we are teaching is not just useful to prospective farmers but as a background in any new business regardless of what it is.”

The Scottish Rural Development Programme (SRDP) has provided financial support worth about £2m to new entrants over two years, with the second instalment paid into bank accounts last week. Industry insiders report that current planning for the new SRDP is “as favourable as it can possibly be” for new entrants under the new CAP regime.

No one – least of all landowners – could question the current government’s commitment to a fundamental shake up of land and tenancy legislation.

Rural affairs secretary Richard Lochhead has repeatedly pledged to revitalise the sector and only last week he said: “To get the best from our land and the people farming it, we need a vibrant tenant farming sector. The status quo neither gets the best out of the farming community nor our valuable land, so the case is clear for reform.”

It is little wonder that 47% of respondents to a recent landowners survey reported they were letting less land because of political uncertainty, in particular over the uproar caused by the re-emergence of the government’s controversial Absolute Right To Buy proposal. Official statistics also show a move from longer-term to seasonal lets over the past decade.

Rob Hindle of Rural Solutions, the company that conducted the Scottish Lands and Estates survey, said: “People told us they wanted to let land but were currently treading water. They are waiting to see what happens and aren’t reinvesting in the tenanted sector.”

The prospects for Scottish tenant farming are on hold. The bottleneck of young hopefuls will have to bide their time but they, and everyone else with a view on the future of tenant farming, still have time to engage with the Agricultural Holdings Legislation Review Group. An interim report will be presented next month but the final report won’t be submitted to ministers until December.

Tenancy reform could take too long 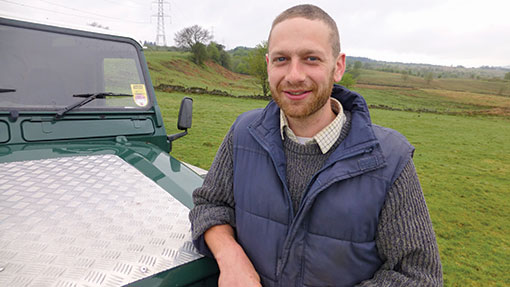 He set out as a farmworker and now runs a fencing and drainage contracting business, but all Peter Will really wants to do is farm.

He knows the odds are against him succeeding but that hasn’t stopped him from establishing a small flock of sheep and helping out on friends’ farms in exchange for grazing his animals on some of their land.

The funding for the sheep came from a Scottish brewery’s Seed Fund grant that Peter applied and competed for, and he is now building on the success of last year’s lamb sales. “I want to find a tenancy as soon as I can but it’s a chicken-egg situation,” he says. “If I ever get my hands on a farm, I’ll need to stock it and this way I’ll be prepared. “It’ll give the bank something to work on and hopefully allow me to get funding in place.”

He is involved in NFU Scotland’s New Generation group and fully engaged in the political debate surrounding land and tenancy reform but he is not optimistic that the availability of tenancies will change any time soon.

“I’d want to get the drainage and fencing in top condition on any farm I take over but the short tenancies – the only kind that are on offer – don’t make it worthwhile making such an investment. I fear the reform is going to take too long to help me. The most difficult thing I face is passing naked acres that aren’t being farmed when so many of us are crying out to get a start.” 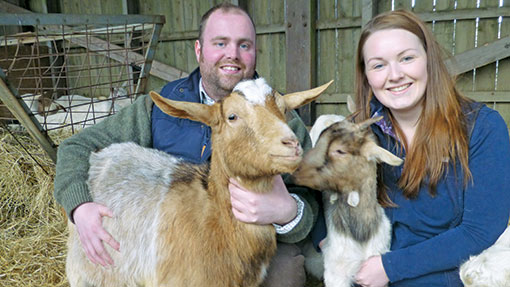 Disused cart sheds and unproductive corners of fields gave Adam Wright his start in farming. He paid the “rent” by driving tractors or helping out on farms at hay or harvest time as he slowly built up experience and the capital required to find his own place.

He had wanted to be a farmer for as long as he can remember but took his father’s advice to get a trade and established his own electrical business while overwintering a couple of cattle every year, mucking out sheds by hand, forming a fledgling suckler herd of two heifers and doggedly pursuing his goal.

It wasn’t a smooth ride. He narrowly missed out on a “starter” tenancy offered by the Forestry Commission and struggled to get finance from any of the banks to buy land. But last year, a decade after embarking on his dream, he and his partner Vicky Gardiner bought a 10ha smallholding near Keith in Banffshire.

Even then it wasn’t easy. “Because we were trying to make do without buying machinery I got badly injured moving a pig arc and ended up in hospital and completely out of action for two months,” he says. “That was a real wake-up call and it left Vicky having to do all the work, albeit with great support from good neighbours.”

They have focused on goatmeat and have 80 South African boer goats, which are slaughtered and butchered locally. They also have two suckler cows and two pigs and they bought 40 breeding ewes through an ANM Group New Entrant scheme. They got a one-off payment of £1,400 from the Scottish government’s support for new farmers programme last year and are confident they will be eligible for future single farm payment and the Less Favoured Area support scheme.

In the meantime they are making do without subsidies and live in a static caravan until they can afford to renovate the house. “We both have full-time jobs so the farm work has to be done in the evenings and at the weekends. We had savings but we had to buy everything from handling facilities and tools to a tractor and trailer. It’s old-fashioned, second-hand equipment.”

But they are undaunted. “In 20 years I’d like to be in a position where we’ve bought more land so that we can farm full-time,” Adam says.

Buying a farm is not an option 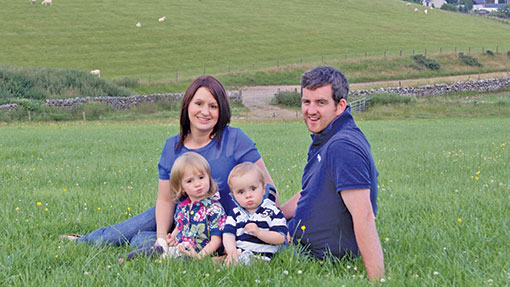 Michael Burns applied for seven tenancies, some of them with houses he “wouldn’t keep a dog in”, before he was successful in bidding for a Forestry Commission starter farm last year.

“We started from scratch and were just so desperate to get on and get a start we went for really poor places, but even then we were applying against established farmers and we didn’t have the money for the large rents they were prepared to pay.”

“But in the end we landed lucky because the commission spent a lot on getting the place to a high standard. We’ve got a 10-year tenancy on 64ha and have rented an additional 50ha of rough grazing. We’ve got a start.”

The competition for the farm was fierce. With help from SRUC, the Burns presented a strong business plan and won through to the final five who were selected for interview. “We knew the budgets inside out by that point so we were able to answer all the questions,” he says.

Michael and Fiona have stocked the farm with 250 ewes and a small purebred herd of Limousin cows. They have Belted Galloway cattle on the rough grazing. Michael still works full-time and sees that situation continuing long-term.

“The plan is to add to the stock, improve the quality and build up capital over the next 10 years. And then we’ll move on and look for a bigger or better place with the assets and stock behind us. It’ll be another tenancy though; buying a farm is beyond the realms of possibility.”