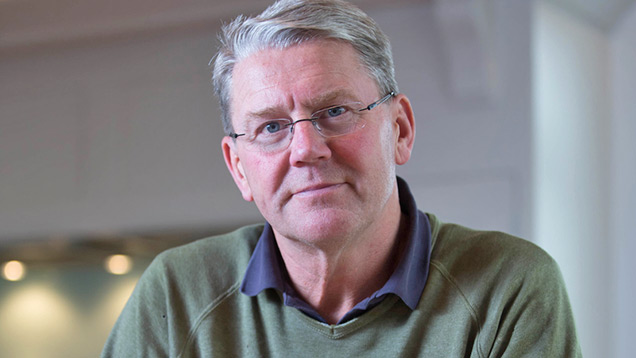 Former NFU president Peter Kendall spoke to Farmers Weekly ahead of the YFC AGM Agri Forum, where he is due to address members about their future in farming.

He highlighted the three key reasons why he thinks there has never been a better time for young farmers to build their career in agriculture.

1. Possibilities for the “missing generation” in farming

“There are jobs in farming. If I look at what has happened in the past, there is a missing generation in farming.

See also: All the news from the Agri Forum and the NFYFC annual convention 2015

“When I talk to some of the big agricultural companies, there is a whole missing age group.

“So for those coming to farming, there is opportunity in the business structure to move up quicker.

“But also I think there is a better opportunity now to establish yourself as a farm and there are opportunities to grow a business.”

2. We are falling back in love with food

“People are interested in British food. I think there’s the whole reconnection with food that is really exciting and people really being interested in food again.

“We have all these TV cookery shows, celebrity chefs and programmes about where our food comes from.

“So if people want to start building up a business from scratch, they want to show them where their food has come from, the care and attention that goes into producing it.

3. The demand for food is only going to get bigger

“There is the demand for food that we produce here in the UK.

“If you look at commodity production, not only have you got the growth in the global population that as farmers we are probably tired of hearing about, but the UK population is due to go from 63 million to 70 million people by the end of the next decade.

“If they want to buy British, what a great opportunity that is.”

Mr Kendall acknowledged that, although there is much for the young farming generations to be positive about, there are also three reasons he predicts some tough times lie ahead:

“For farmers who are producing milk or grain or vegetables, commodity prices are on the fall.

“Last year we had the most amazing production year in farming, around the world everything clicked and we produced a lot of food.

“I think that volatility of going from boom to bust is one of the biggest challenges that we face as farmers.”

“Regulation has to be a concern in the UK and the fact that we as farmers will be required ever more to look after a pristine countryside.

“About 80% of the population is urban and those living there want to see this as a preserved playground not a productive factory floor.

“That is a big challenge we have to face.”

3. Politics in the European Union

“There is the political uncertainty surrounding the European Union, the debate about the EU and how British farming is facilitated to succeed.

“It is about the back up that we get to make this industry deliver. We don’t want to be undermined by short-term political uncertainty.”