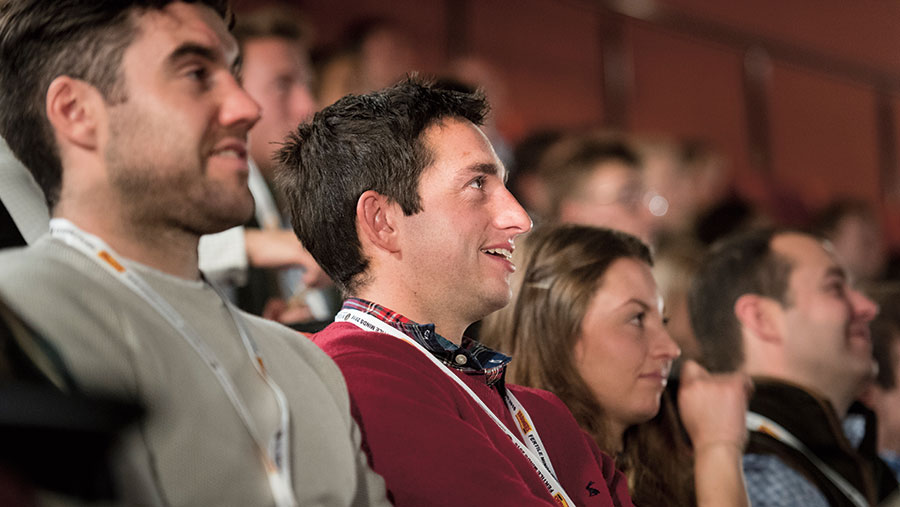 Great insights and inspiration abounded when young farmers gathered in Cumbria for the Fertile Minds conference, run by Farmers Weekly in association with NFU Mutual.

The delegates heard from  a range of speakers who gave advice on how to start up and succeed in business.

27-year-old Fraser Doherty, founder of the multimillion-pound SuperJam empire told the Fertile Minds conference about his experience of starting out in buisness.

He started selling his jam door-to-door at 14, before deciding to try to get it into supermarkets, despite lacking money and experience.

After trial and error he hit on the right recipe for his jam and his business and Waitrose agreed to stock his SuperJam, which is now sold across the world. 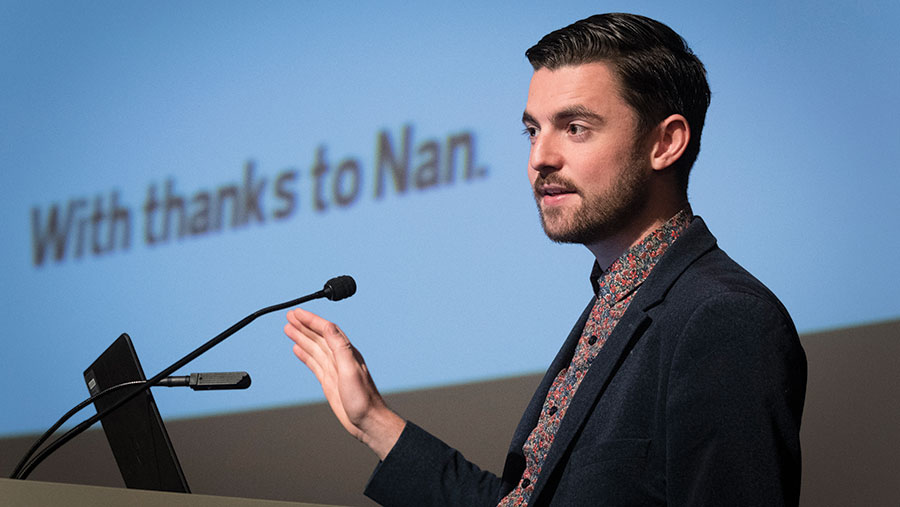 Persistence and collaboration pay off

Farmers Weekly columnist Matthew Naylor, who started his career at 15 and now runs Naylor Flowers, shared the lessons he has learned during his career. 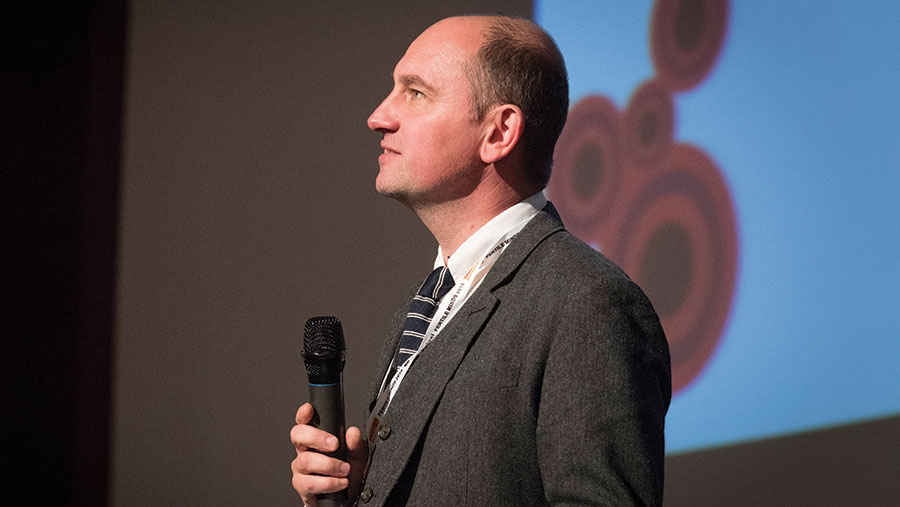 The dangers of silence about succession

Delegates also heard about the pitfalls of not planning for succession from speaker Matthew Lobley of Exeter University.

Joe worked on his dad’s farm for years for little money. But when Matthew asked him about the plan for him taking over the farm, Joe didn’t know. He had never talk about that, he said.

His father ended up splitting the farm equally between his seven children, despite only Joe having ever worked on it. Unable to buy out his siblings, Joe faced financial problems and ended up in social housing.

Joe’s story shows why talking about succession is vital, despite being awkward, Mr Lobley told attendees.

Dressed in a football shirt and with a soccer ball in tow, farming business consultant Robin Hobson revealed that agriculture and the beautiful game are very alike. 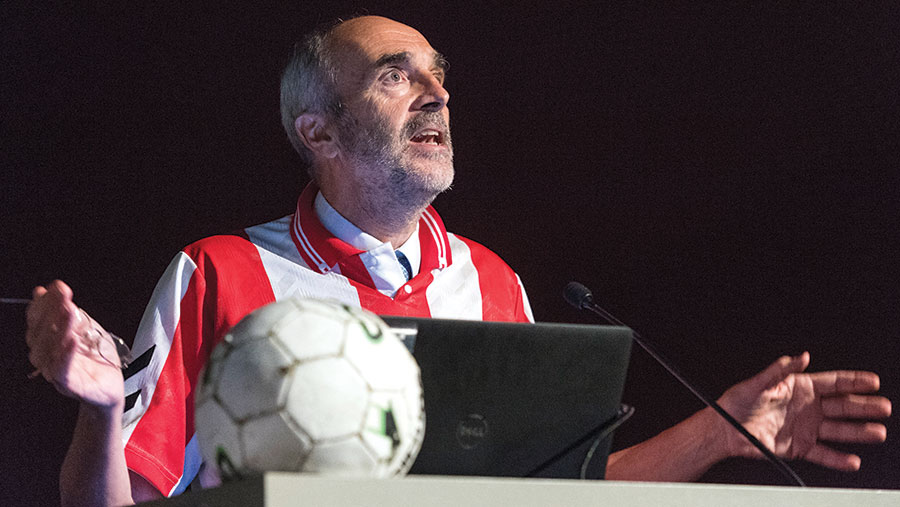 Both are vocations and diversification is as important to farming as it is to football clubs with their shirt sales.

“No football club could survive today if playing football was all it did,” he said. “Farming is exactly the same. In many farms you need to use all your resources to allow you to carry on farming.”

Also both are about goals. Young farmers need to think about their goals and money doesn’t count.

“Money is secondary, if you don’t have enough you are unhappy, but it is not something that drives you or gives you value.”

Mr Hobson also told young farmers that “massive opportunities” are out there. “The biggest problem is deciding which ones are for you. Decide what your abilities are, look at the assets you’ve got, the facilities, the qualities of the farm and – most importantly – you.”

Finally, be a creator, not a criticiser. “Ninety percent of people are criticisers, 10% are creators. If you criticise, you are never wrong; if you try something, you can be wrong. I can guarantee none of you learned to ride a bike without falling off. There’s nothing wrong with that. That is how you learn.”

Fertile Minds goes on the road 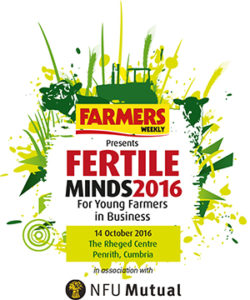 “We were delighted to sponsor and attend Fertile Minds this year, and are very much looking forward to the regional roundtable discussions,” said a NFU Mutual spokesman.

“These events offer young farmers who are looking to take their agricultural careers to the next level an opportunity to listen to experts, participate in discussions, network with their peers and hone their ideas to future-proof their farming careers. At NFU Mutual we are proud to support the next generation of farmers.”

More details can be found by logging on the Fertile Minds event page.