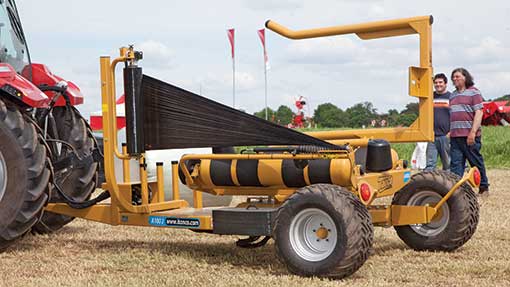 The Irish machinery boys were out in force at this year’s Grassland & Muck event.

Tanco was one of the many makers strutting its stuff and it had a new version of its mid-range trailed wrapper on show.

Called the A100, it comes with a fully automated wrapping system and remote control to use when working at the stack.

The main updates from the previous model have been to improve stability and strength. This means the table is now bigger so the bale sits in deeper and 300mm lower so it’s less likely to tip on steep banks.