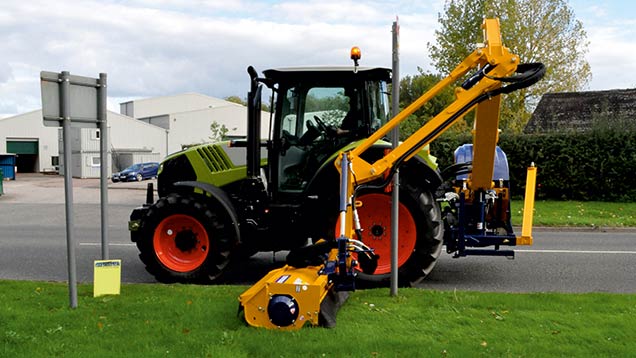 Parallel back-and-forth movement of a hydraulic arm – first seen on the Falcon flail reach mower – is being added to the smaller Hawk by Bomford Turner at Lamma.

Being able to move the mowing head in this way makes it easier to position it for optimum visibility and to work around an obstacle such as a road sign when cutting a verge.

The Bomford Hawk VFA will initially be available with a 6m arm with almost 2.4m of forward and backwards movement of the flail head using a parallel linkage layout said to be unique.