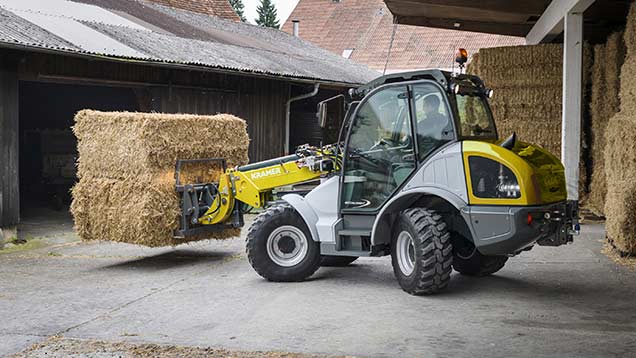 Revised wheeled loaders and a new compact telescopic handler will be launched by Kramer (Stand G4) at Lamma, with new-spec engines claimed to give a lift in performance.

Kramer plans to exhibit a 35cu m 5035 from the 5-Series economy line, where four models are revised from the ground up and feature a new engine spec said to deliver 17% more torque and improved fuel economy. A maintenance-free diesel oxidation catalyst (DOC) is the only emissions technology required.

A telescopic 8095T will feature from the full-spec 8-Series (formerly 80-Series), which comprises seven models in all with bucket capacities from 0.75-1.15cu m. All but the smallest, which has a 48hp Yanmar diesel, are powered by 75hp Deutz engines, with 100hp being optional in the largest three.

Kramer’s 2205 telehandler is rated at 2.2t lift capacity and 5m lift height, with 49hp available from a side-mounted Perkins engine. Smart Handling, which retracts the boom as it is lowered, is among its features.