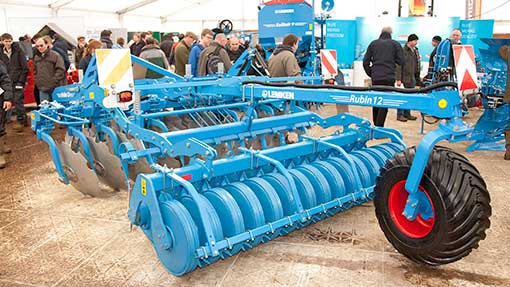 Ploughs tend to be big and relatively expensive items these days, but there’s still a steady demand for simple traditional models. Lemken was showing a cheap-and-cheerful version of its Jewel plough at Lamma for those who don’t want sophisticated turnover systems.

Three, four and five-furrow models are on offer, with the four-furrow likely to be the most popular in the UK. It needs a tractor up to about 170hp, says the company. It comes in either fixed or vari-width form and the four-furrow model costs £16,411.

it has two rows of serrated concave discs and can, says Lemken, work as deep as a tined cultivator. An impact harrow behind the first row of discs mixes and crumbles the soil and a harrow behind the second row levels the soil. Semi-mounted versions have working widths of 4m to 6m.