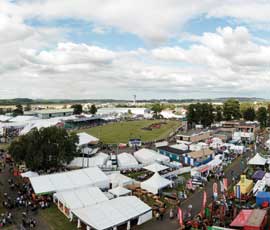 Allan Murray, Chairman of The Royal Highland and Agricultural Society of Scotland (RHASS), organisers of the show said: “It is clear that following two weeks of sunny weather, farmers were in a optimistic frame of mind and ready to do business. All in all, it has been a very successful show.”