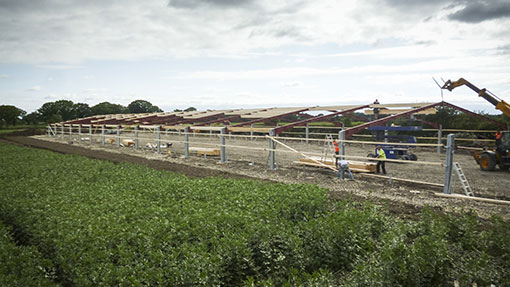 Choosing the wrong site is one of the more common mistakes you can make when applying for planning permission for a production unit.

“But if you’ve taken the application so far, and paid substantial planning fees, sometimes you end up battling on, when fundamentally you started with the wrong site.”

A site could be unsuitable for various reasons, including impact on the landscape, the presence of sensitive ecology nearby, the proximity of neighbours, or unsuitable local roads.

Another frequent error was concentrating too much on the political side of the application, and ignoring the importance of policy guidelines and environmental impacts.

“There are a number of times when we’ve been out to see people and they’ve said: ‘My local district council said it would be fine’, or that ‘none of my neighbours are going to object, so I’m sure it will be fine.”

But if you forgot about planning policies at national or local level, or the overall impact on the landscape or environment, you might find that although lots of other people were OK with it, you are not going to get your application through at the end, he said.

Another pitfall was having ignored neighbours in the past on occasions when there have been problems and issues, such as with flies or smell. This applied mainly to existing businesses seeking redevelopment or expansion.

“Sometimes those issues can come back to haunt you in three or four years’ time when you want to put a planning application in.”

He had come across plans which on paper looked fine, but when they put them in they discovered that five years ago there was a battle about something, and those neighbours then began stoking up local opposition to the scheme.

“If a neighbour learns from experience that you will take any issues seriously and try and sort them out, they are more likely to accept that you will do what you say you will when you come to put an application in.”

An application could also be derailed by the unforeseen, or the unknown, said Mr Barrow.

One of the biggest hazards was the local resident with too much time.

In many cases where there were big objections to plans, there was often a local retired individual, who was good with the internet, could start a campaign and stir up unexpected levels of local opposition.

Another hazard was changes of opinion on planning committees. Sometimes local residents got to work on consultees such as local councillors or highway authorities who previously seemed positive, which was hard to anticipate.

Applicants might also place too much weight on pre-application discussions with the local authority. These might seem to give you the green light, but they didn’t give you planning permission.

“You haven’t got your planning permission until you’ve got the piece of paper in your hand.”