The sun shone on the Ingliston showground for the celebration of farming, food and rural life, and, as always, the livestock competitions were fiercely contested.

In the beef and sheep rings, continental ladies led the way, while a husband and wife team triumphed in the dairy interbreed championship.

The dairy interbreed results gave the Laird family from Peebleshire cause for celebration, with husband and wife Colin and Izzy Laird accepting the red and blue rosettes for their Jersey and Holstein cows, respectively.

It was the Jersey, Fourcrosses Anthony Carozza, who was tapped out as champion and awarded the Queen’s Cup, with judge Mr Willie Whiteford of Carlisle calling her “an extreme quality Jersey”.

He praised the champion for “all the qualities a Jersey should have – angularity, milkability and wearability”.

Sired by Fourcrosses Anthony, she is currently giving 39 litres a day and gave 10,200 litres in her last lactation.

Having calved at Christmas time, this will be her last show of the year, but the Lairds plan to bring her back to the Highland next year. 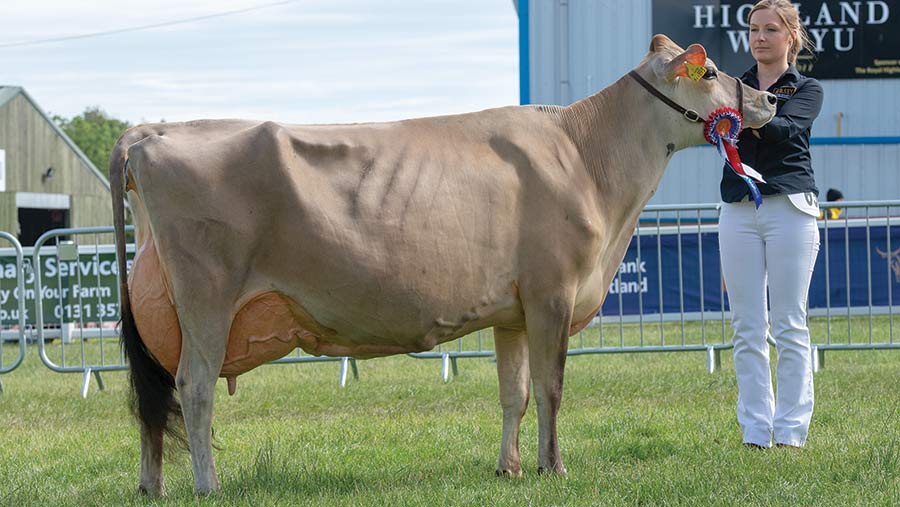 Anthony Carozza is one of four Jersey cows in the Laird’s 550-head milking herd. The other 546 cows are Holstein and it was one of those that took the reserve spot – Blythbridge Jessy D2 Cou, shown by Mr Colin Laird.

The second calver was born in October 2014 and sired by Maple-Downs-IGW Atwood. She is currently giving 52 litres a day having calved in January and she produced 11,100 litres in her last lactation.

She won the breed championship at the Royal Highland Show last year too, but her next show appearance is yet to be decided. 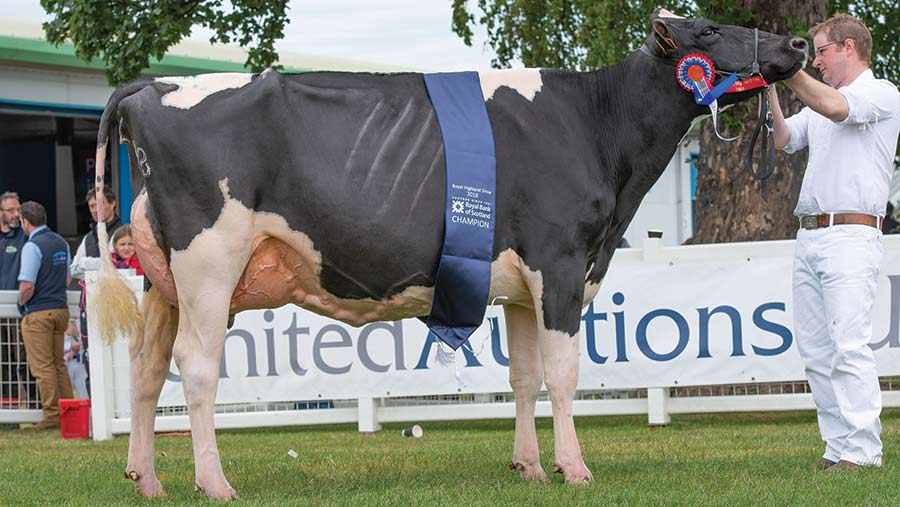 The January 2017-born homebred heifer is out of Grahams Coffee and by Claragh Franco. She is full sister to the 40,000gns Grahams Lorenzo and 26,000gns Grahams Nikita.

Shown by Jennifer Hyslop on the day, Niaomi is one of 50 pedigree cows at Graham’s Family Dairy, where they milk 283 pedigree Jerseys.

This is her second red rosette having won breed champion at Stirling earlier this year and she will now go on to compete at the Great Yorkshire and Royal Welsh shows. 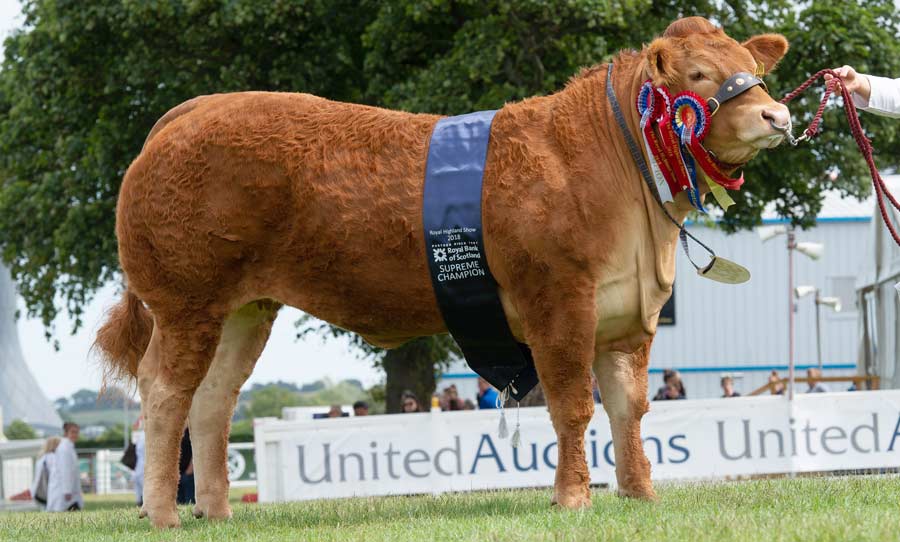 Judge Mr Tom Arnott of Kelso tapped out Niaomi ahead of the 2014-born Charolais bull Harestone Jaquard from R and N Barclay, Insch.

Jaquard, led in the ring by Robert Marshall, was imported from France about a year ago, purchased for an undisclosed figure in a private sale.

This is the first time he has been shown in the UK and will now head back to the farm to work as a stock bull. 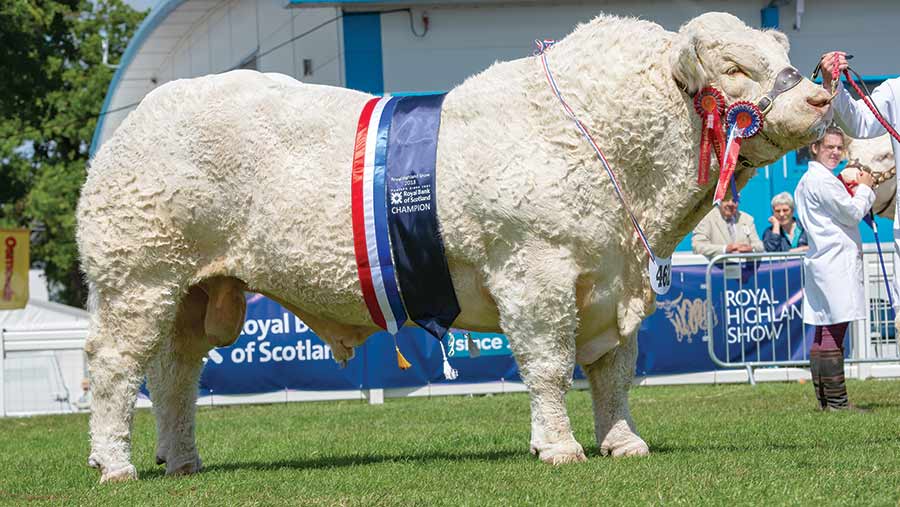 Of the 24 breed champions in the sheep ring, it was the Beltex gimmer Woodies Citygirl whose class and commercial attributes caught the eye of judge Mr Jimmy Sinclair of Heriot.

Sired by Carrigans Bob Lee Swagger, a grandson of the great Leapfrog, and out of an imported ewe, she was bred by Stuart Wood of Woolhillock, Skene, Aberdeenshire.

Mr Wood who has 32 Beltex and 10 Dutch ewes said it was a “dream come true” to win the breed and interbreed.

A one-hit wonder, this is Citygirl’s first time out and she will now be retired before being flushed. 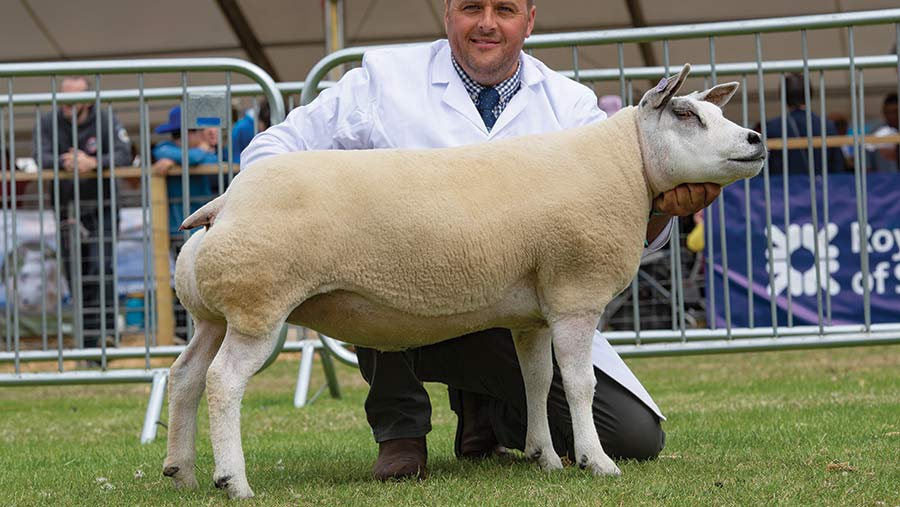 She is out of a homebred ewe and sired by Maximum Obama, who was supreme champion at the annual Bleu du Maine Society show at Carlisle in 2016. Obama was purchased by Mr Baillie from Sally Shone for 2,000gns. 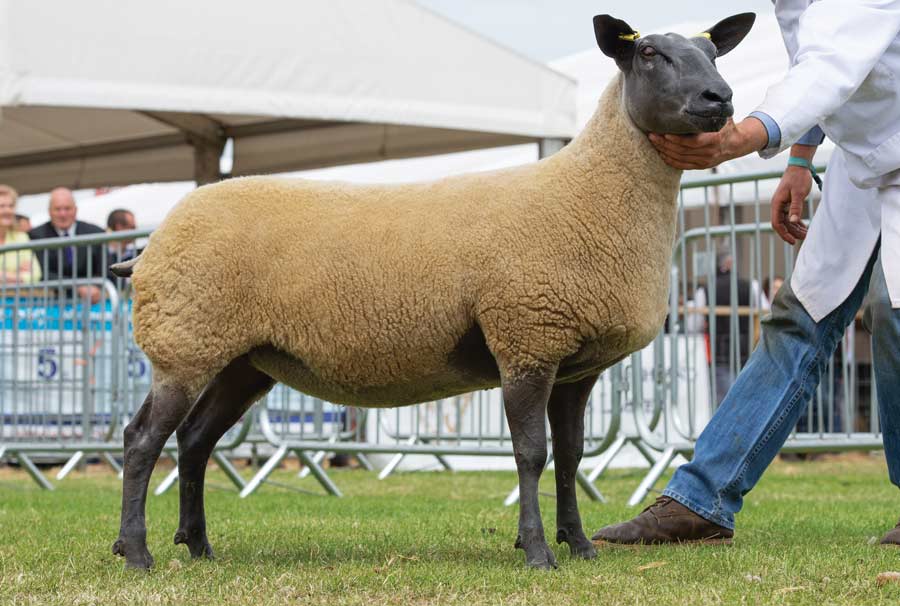