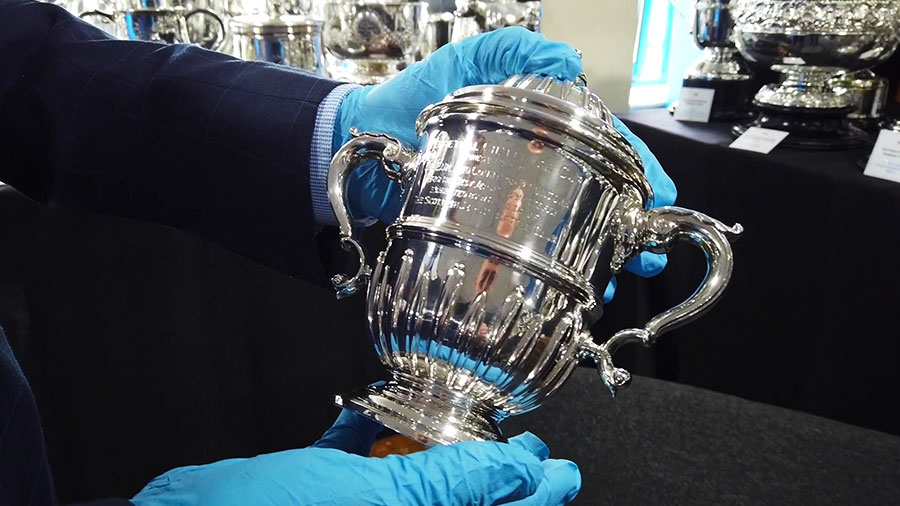 It is one of the largest silver collections in Britain and it houses more trophies than Celtic and Rangers have won put together.

Of these, 305 are awarded to the winners of mainly livestock competitions over the four days of the event, which this year celebrated its 200th anniversary.

Most trophies remain at Ingliston in the trophy room throughout the year, as the winners consider the insurance is too costly to remove them from the site.

Alain Wright, the Rhass’s house and heritage officer, is the man in charge of the engraving, cleaning, polishing and storage of the trophies throughout the year.

Farmers Weekly caught up with him during the Highland Show week (23-26 June) and he explained the demands of looking after the haul.

Mr Wright splits his time between looking after the trophies and Ingliston House, including its paintings, archives and any enquiries about its heritage. But a lot of his time is taken up caring for the trophies.

On a day-to-day basis, he must ensure the trophies are stored properly and are not tarnished if they are kept outside their boxes. 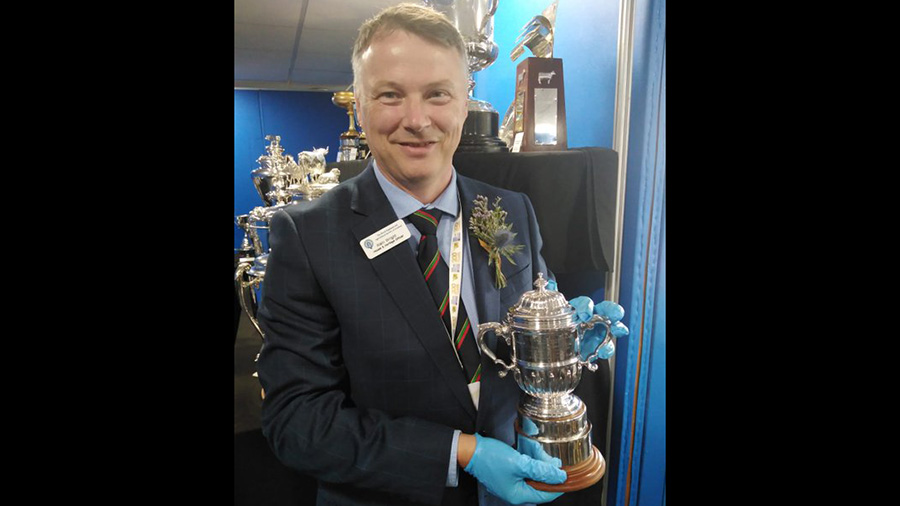 Come March and April, it is full-on cleaning every day. It takes about one hour to clean and polish a trophy.

If he did it alone, Mr Wright says it would take him 42 days, cleaning eight a day. Therefore, some trophies are sent to Hamilton & Inches in Edinburgh for polishing.

This year, a new “historic” trophy was added to the collection. The McDiarmid family of Mains of Murthly, Aberfeldy, donated a 24in solid silver trophy in honour of the bicentenary year.

Charolais bull Maerdy Morwr, owned by David Stubbs and was shown by Andrew Reid, both of AJR Farms at Ellon, claimed the Fletcher McDiarmid beef interbreed trophy, presented for the first time at the show this year. 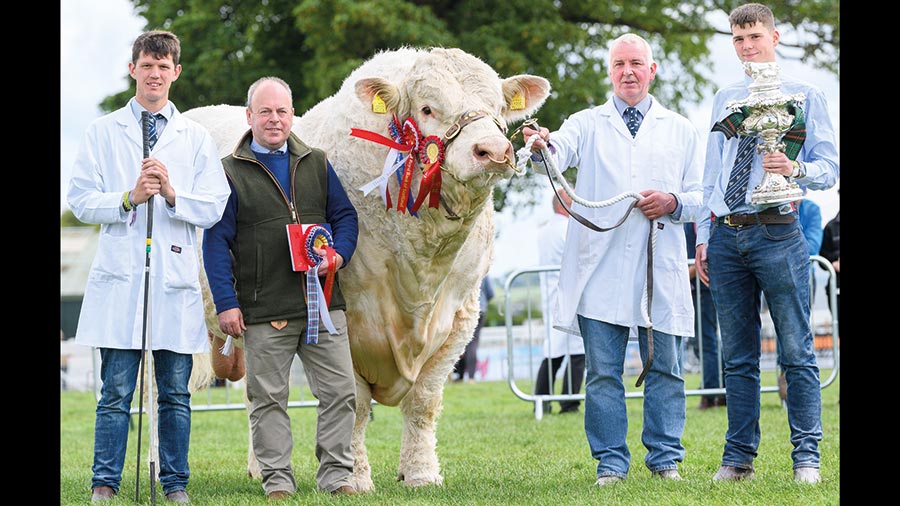 “If somebody said ‘what does a trophy look like?’ That is what you would imagine,” he adds.

“It is just really well made. It’s a cracking trophy. It’s not the smallest, not the biggest, but it’s just perfect.”

Mr Wright says the most unusual trophy is a plaque – about 30in tall, 12in wide and made of solid bronze. “It’s like a tombstone,” he laughs.

Sadly, Mr Wright says the skills involved in trophy making are becoming rarer because of the expense.

Hand chasing, which involves chasing silver to create an image in flat silver from the reverse, is a skill that is becoming rarer and rarer.

“Chasing silver is how you create an image in flat silver from the reverse. The silver is hammered out and there are very few left with the skill,” says Mr Wright.

“The picture that you see on the outside is not necessarily cast – it’s been chased from the inside. Working from the inside out, you are chasing the ripple of the silver away.”

Finally, he urges winners not to use Brasso, perfume or air freshener to clean silver trophies, as these are abrasives that can damage and discolour them. Wrapping them in bubble wrap is also not advised.

“Just give it a clean with warm soapy water,” says Mr Wright.