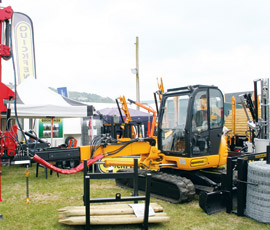 Machinery manufacturers showed off their fencing kit at this year’s Royal Welsh Show. Farmers Weekly brings you a round-up of some of the kit on display.

Contractors putting up fences in awkward locations and on difficult ground can have a medium-size 360deg excavator converted into an all-terrain fencing machine.

The engineers behind the Quickfencer wire netting dispenser will supply a complete machine or convert a 4-10t digger for about £12,000. It gets a telescopic arm in place of the jib, a Protec or Bryce Suma post driver that can be angled in all directions and quick attach lugs on the dozer blade to carry a post cradle and wire dispenser in turn.

“The telescopic arm will reach 4.5m horizontally and about 3m up or down a bank,” explains John Brewer of Quickfencer. “There are chains underneath to load the cradle with a bundle of posts.” 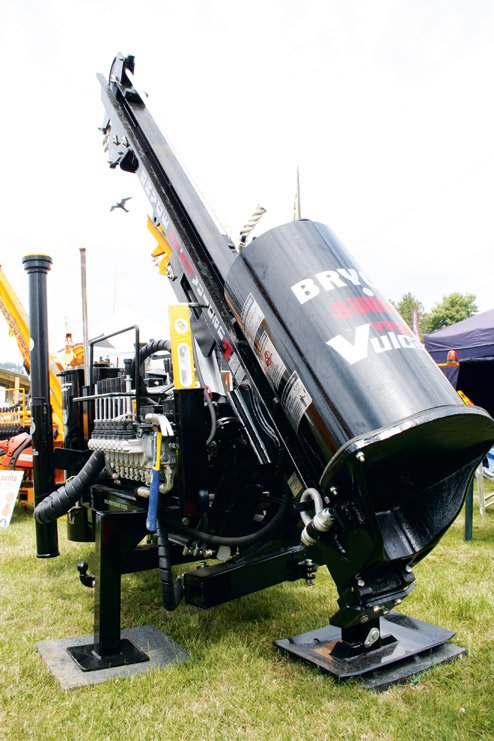 Meanwhile Bryce Suma claims to have raised the bar for fencing output with the VR800 model in its new Vulcan range. The uprated machine uses an 800kg hammer to drive in posts: “It will drive in strainers without points, no bother,” says Jock Bryce. “So why pay the post supplier to put points on them?”

The new model, which is also available with a 400kg hammer and standard or high-lift masts, has a cast steel mast hinge pin and wider bearing surface. New geometry for the tilt ram ensures stability when the big weight is lifted to the top of the high tensile steel mast.

It also has Bryce’s signature combination of side-shift, backshift and Quadshift swing movement to place the mast in awkward locations. 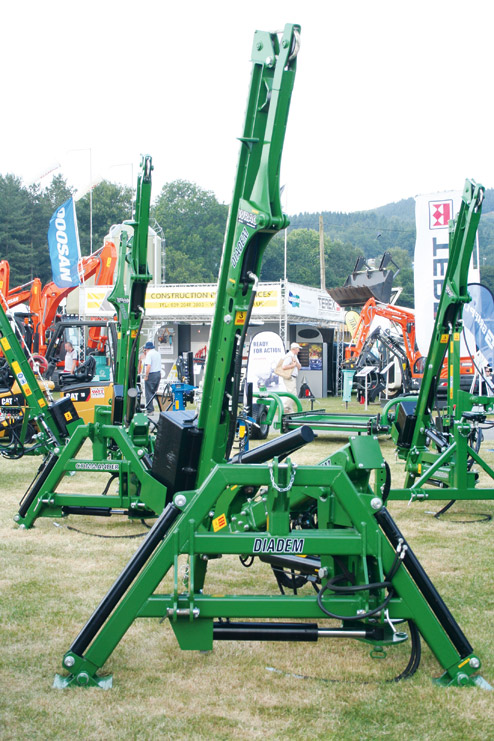 Added versatility is one of the main characteristics of the latest Diadem post driver at the top of the Wrag Powerswing range. “It’s stronger and has a greater range of movement with 180deg power swing, a telescopic beam and mast lift,” says Tim Wright of Wrag. “Raising the mast gives up to 5m post clearance for maximum driving force from the 300kg or 400kg hammer, as well as the ability to reach up banks.”