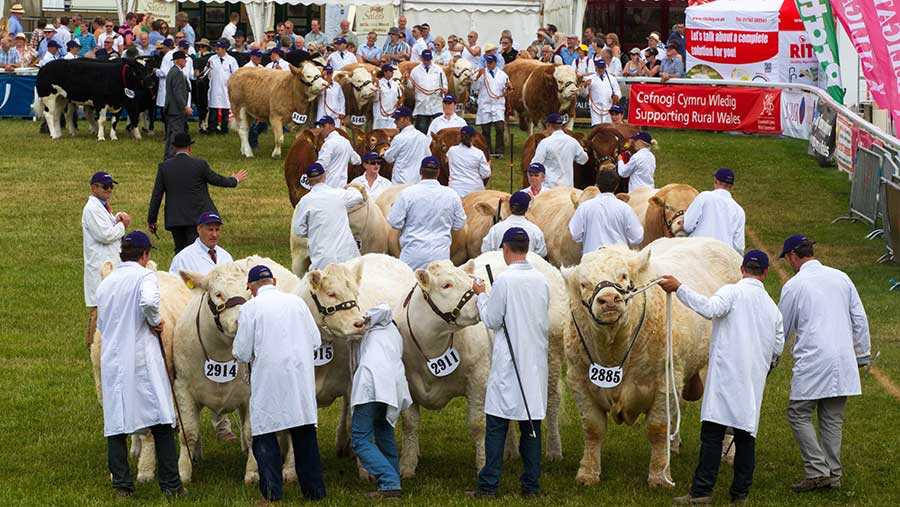 This year’s Royal Welsh Show has been called off, adding to the growing list of events that have been hit by the ongoing coronavirus pandemic.

The event was scheduled for 19-22 July, but the organisers have said that, because of the current restrictions as set out in the Welsh government’s Coronavirus Control Plan, it was impossible to hold large events this summer.

“Any restrictions on numbers and the associated 2m social distancing rules are major barriers to the viability of events such as the Royal Welsh Show,” said a statement from the Royal Welsh Agricultural Society.

However, the society insists that it is determined to be “event ready” and will be exploring every opportunity to host smaller Covid-compliant events during the summer.

Chief executive Steve Hughson said: “Our events are central to the rural economy and way of life, and mean so much to members, exhibitors, traders and visitors. We fully understand the responsibility on all of us to ensure we deliver our events as soon as it is safe to do so.”

The society says its ambition is to host a bumper Winter Fair, “before returning to a new normality in 2022”.

The Royal Welsh Show is one of Europe’s biggest, lasting four days and attracting more than 200,000 visitors annually.

Last year’s event was also cancelled because of the coronavirus, but the organisers held a four-day virtual event instead, including many of the usual seminars, speeches, cookery demonstrations and pre-recorded content.

More than 50,000 visitors from 44 countries attended the virtual show.

The Royal Welsh Showground at Builth Wells, Powys, is currently being used as a Covid testing and mass vaccination centre.

NSA Scotsheep, which was due to take place on 27 May, is also being postponed for another year due to the continued uncertainties and restrictions caused by Covid-19.

“Organisers of the event believe that restrictions on social distancing and mass gatherings will be in force for the considerable future and so have decided to focus their efforts on planning a rescheduled event for next summer,” said a statement.

Jennifer Craig, NSA Scotland chairwoman, warned of a severe financial impact on NSA Scotland. The event has been rescheduled for 1 June, 2022 at the same venue – Robert and Hazel McNee’s 300ha farm at Over Finlarg, Tealing, near Dundee.