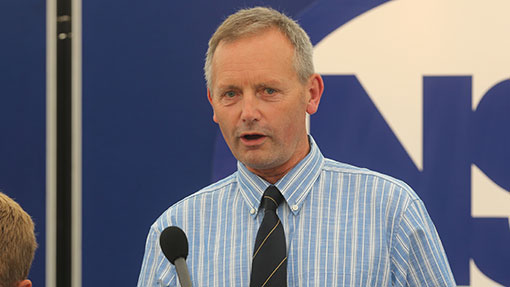 Sheep grazing on upland areas has for years been blamed for damaging habitat, however, the industry is fighting back arguing they have a positive benefit and EU policy has got it wrong.

Speaking at The Big Debate at the recent NSA Sheep Event, National Sheep Association chief executive Phil Stocker explained he was surprised there was only one peer-reviewed scientific paper looking at the impact of sheep grazing on the environment.

See also: Eke out a living from farming in remotest Scotland

“I was shocked to discover that the researchers had seen no damage. Stocking at 0.8 to 2.8 ewes a hectare was safe and this grazing produced a mosaic of habitats ideal for wildlife.

“There has been over two-and-a-half decades of agri-environment schemes and believed they were driven by evidence, but the only scientific paper does not underpin EU stocking rates.”

The damage that had been done in the past was driven by grants, such as draining moors and this had led to negative perceptions that have influenced government views and policies, said Mr Stocker.

A number of green bodies have been pushing for lower stocking rates, including the RSPB. Speaking at the debate, the charity’s Pat Thornton stressed that grazing does have profound effect, but he also agreed it has benefits and is a paradox.

“Thirty percent of global biodiversity loss is due to livestock grazing, and in the UK, the upland areas are incredibly vulnerable. A reduction in livestock number is contested, but agri-support is vital income.

“We need to reappraise what upland areas are for. And food production fits in,” said Dr Thornton.

Philip Walling, author of Counting Sheep , stressed that sheep created the landscape, the rural communities and produced food. “If the green lobby get their own way, sheep will be gone, hills rewooded and just for wildlife. Farming-free, sheep-free and people-free.”

“There has been over two-and-a-half decades of agri-environment schemes and believed they were driven by evidence, but the only scientific paper does not underpin EU stocking rates.”
Phil Stocker

So where is the food going to come from, he asked.

He said that compaction caused by sheep was not the reason for flooding as suggested by some, but instead “it is due to a refusal to dredge [rivers].”

“One implication of lower stocking rates is that you need sheep dogs with legs like greyhounds due to the waist high rushes. It tires dogs out and it needs managing.”

However, water quality is a key issue. Andrew Walker catchment strategy manager at Yorkshire Water explained that 40% of its water is from uplands. “Our only contamination is organic contamination – liquid peat.”

The water firm owns 30,000ha with one-third in Sites of Special Scientific Interest and it is looking at ways to run sustainably working with communities to tackle water quality issues.

Degraded moors by overgrazing is a thorny issue with a lot of historic damage, being the cause of water discolouration.

“Cotton grass and sphagnum moss is the key, not heather which covers 90% of moors, so we need to get these species back and sheep grazing does have a role in managing this.

“We are seeing colour discolouration more often and are having to invest in treatment works. It is an energy intensive process removing it and this adds to water bills.”

The firm is investing £9m in a peat restoration programme to repair on its land some of the damage and part of this is putting sustainable management in place.

“The impact of grazing depends on how many and intensity. If you get decent vegetation cover, then you can mitigate brown water.

“Furthermore, where we have brought back sphagnum moss and cotton grass, we’ve seen less flooding.”

Ramblers are also a cause, but Mr Walker questioned how feasible it was to stop access to walkers, mountain bikers and motorbikes.

Considering whether current stocking levels are correct, Mr Stocker believes there are too few sheep in some areas and, consequently there is habitat damage due to encroachment by plant species.

Mr Thornton agreed some places had too few, but added that some still had too many.