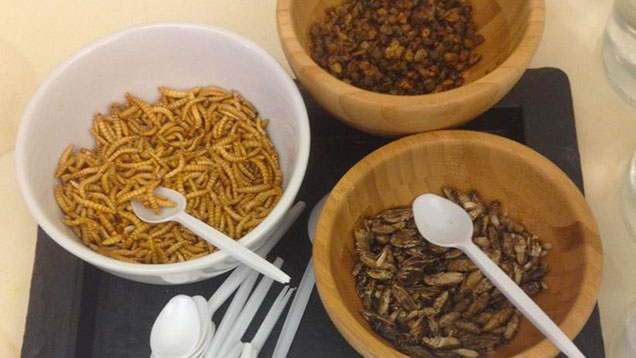 The 400 delegates at this year’s Oxford Farming Conference were treated to spice-seasoned insects as a pre-lunch taster.

Diana Spellman, managing director of catering service consultancy Partners in Purchasing, said the insects were “hoovered up” by farmers.

According to the UN, more than two billion people – about one-third of the world’s population – already supplement insects in their diet.