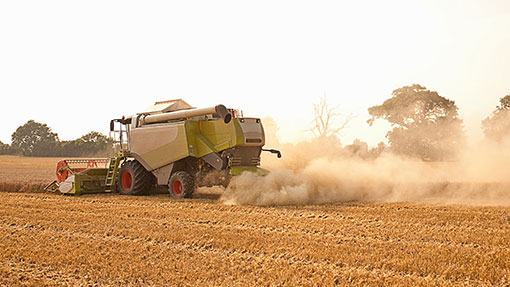 Young farmers have been urged to take the lead in an exciting world of new agricultural technology.

Experts at the YFC AGM Agri Forum discussed the big new developments that could change the face of the industry in the coming decades.


Chief executive of the Royal Agricultural Society of England David Gardner said there had been no better time to be in the sector than right now.


“The opportunity in front of all of you is fantastic,” he said.


“I think you are going to see a level of change in your lifetimes that is way beyond anything I have seen.


“Make sure you are in charge of taking on that new technology and not get dragged along like laggards.”


Mr Gardner said developments in genetics, computing and robot milking and harvesting would be part of a second green revolution


“When I first left school the guys I started working with were walking behind horses and milking cows by hand.


“Over 30 years that was transformed from something close to medieval agriculture to where we are today.


“Make sure you are in charge of taking on that new technology and not get dragged along like laggards.”
David Gardner

“And I think if we roll the clock forward to 2050 we will see a very different farm to where we are today.”


Royal Agricultural Universitys Professor Toby Mottram said the revolution in mobile phone technology would have a big impact on farming.


He described work he was doing on using mobile phones to monitor cow movement during pregnancy, measure the pH in the animals rumen and use video to mobility score cattle.


“[Mobile phones] are sold in their billions and the components have become very cheap.

“Everything is changing around us and we have got to adopt them into farming.”