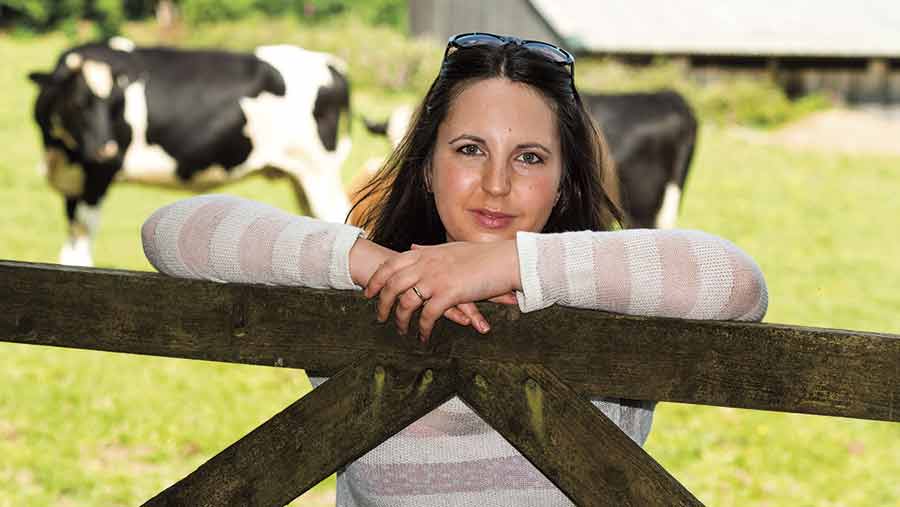 It seems like all my younger, trendier mates were living it up in Blackpool at the weekend.

Sadly, I have recently passed the age at which it is generally thought acceptable to mount the Blackpool bus, bottle of cider in hand – probably for the best… I could never keep up now.

I made it to the AGM only once, I was always either too skint or abroad or too busy with the farm, but I like to think I made my 2009 AGM count.

The AGM is the holy grail of party weekends if you’re a young farmer.

From well before you’re old enough to go, you get regaled with stories of pub-related incidents and hilarious antics in hotel rooms, as well as the ritual of swapping county shirts on the last night.

I’m still the proud owner of a Sussex YFC shirt from 2009, although Will gets more wear out of it than me.

I was really after a Manx one – I got hold of one but it nearly reached my knees so I traded it in the hope of getting a smaller one, but never saw another member from the Isle of Man. I wonder where my green Devon YFC one ended up.

My club supported me right through my agricultural education, there was always someone willing to let me pick their brains or help out to gain some experience Jess Jeans

Blackpool is a long hike from Devon and Cornwall. I remember the bus journey being around nine hours, in the years before you could download films to your tablet for entertainment.

One chap on our bus got left behind in the motorway services because he spent too long in the loo. Fortunately another YFC bus pulled in shortly afterwards so he made it after all. The YFC never leaves a member behind.

Blackpool was quite a revelation to me, having never done the British seaside holiday thing before. We assumed that our hotel was quite close to the Winter Gardens so, dolled up to the nines in killer heels, we proceeded to head towards the venue.

Now, us farm girls are well accustomed to a long hike, but a mile and half in stilettos all but shredded my feet – I was in no shape for dancing.

Thankfully, a couple of drinks took away most of the pain and I was able to walk back to the hotel, albeit barefoot.

After that first night we decided that a taxi was a worthwhile investment.

Young farmers always make an amazing effort and the costumes are always so imaginative – I love seeing the photos in Farmers Weekly.

Back in 2009 the theme was superheroes. I donned my pants over my tights as Wonder Woman and for William, well, there was only one role for him and his physique.

He wore just a tattered pair of shorts, and we body-painted him green from head to toe.

He was an incredible Hulk. It was quite a popular character: we spotted dozens of big green men traipsing around the seafront. Body paint seemed like a great idea until we woke up the next morning to a green hotel room. Oops. I’m sure we weren’t the only ones.

Of course there is a far more constructive side to the AGM and we enjoyed watching some of the drama finals and the debates.

It was great to get chatting to lots of fellow farmers from around the country and trade ideas and stories. I remember getting into a heated discussion with a northern girl over the correct pronunciation of the word “ewe” – I still chuckle every time I hear someone say “yow”.

I might have managed to get only one AGM under my belt, but I was very lucky during my time as a YFC member to take part in some amazing activities.

My club supported me right through my agricultural education, there was always someone willing to let me pick their brains or help out to gain some experience.

I was really worried before I went to ag college that I would be the only one who couldn’t drive a tractor, so some of the older members stepped in and taught me the basics one weekend, along with how to milk cows.

I also got the chance of a lifetime to travel to Montana as the English delegate for International Farm Youth Exchange.

Other countries don’t necessarily have a YFC movement, but there is a global organisation called 4H (the same kind of thing but less big on the social side).

The summer I spent on the Montana ranches inspired me and gave me so much confidence. I was able to share my experiences with fellow members when I returned and made friends for life.

There were delegates from all over the world on the trip and, thanks to Facebook, I still get to keep in touch with most of them. I really enjoy getting farming updates from Hui in Taiwan and Janne in Norway, along with the amazing American families who hosted me and made me feel like part of the family, chores and all.

I suppose that one of the biggest differences between when I was a member and now is the way we can all connect through social media.

Those chance encounters and conversations in Blackpool at the weekend are no doubt continuing online, friendships are created and YFC becomes an even stronger, more interconnected family. Congratulations, guys.