With more than 6,000 young farmers in Blackpool at the weekend for the National Federation of Young Farmers Clubs’ annual convention, there were some funny photos to be taken.

The Farmers Weekly team was out and about with cameras and at all the parties to capture the action. 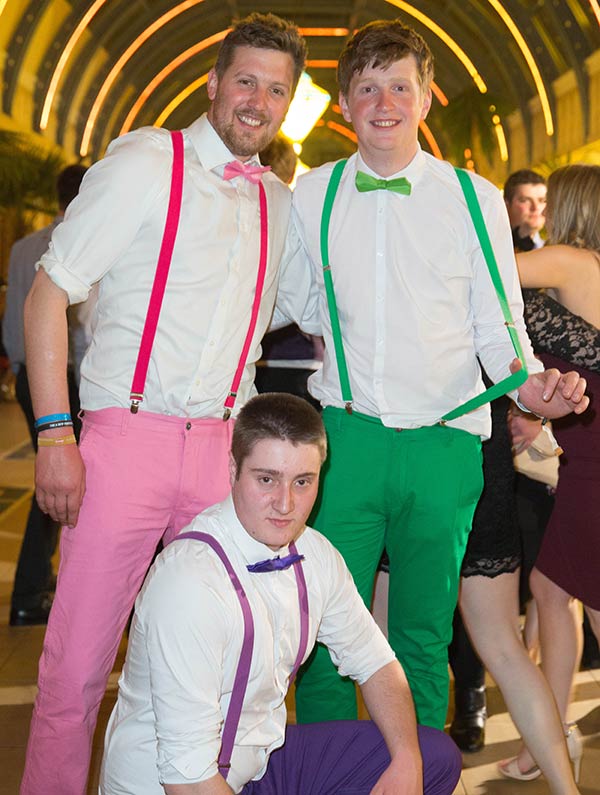 This award goes to Dan Marsden, Jack Chambers and Sam Morley (pictured left to right) of Hope Valley YFC in Derbyshire. The three members have been to 11 AGMs collectively. 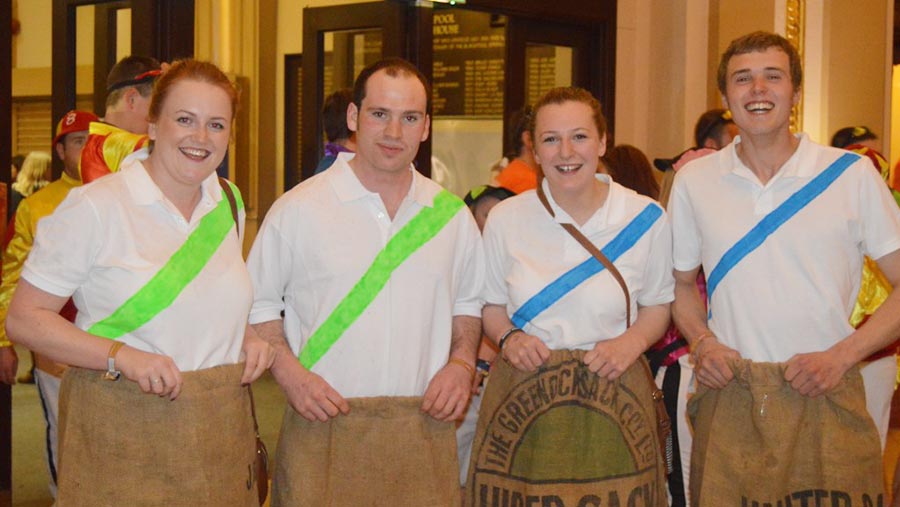 Just because you can’t have an old school sports day without a sack race and these guys really looked the part.

Most enthusiastic response to a FW photographer 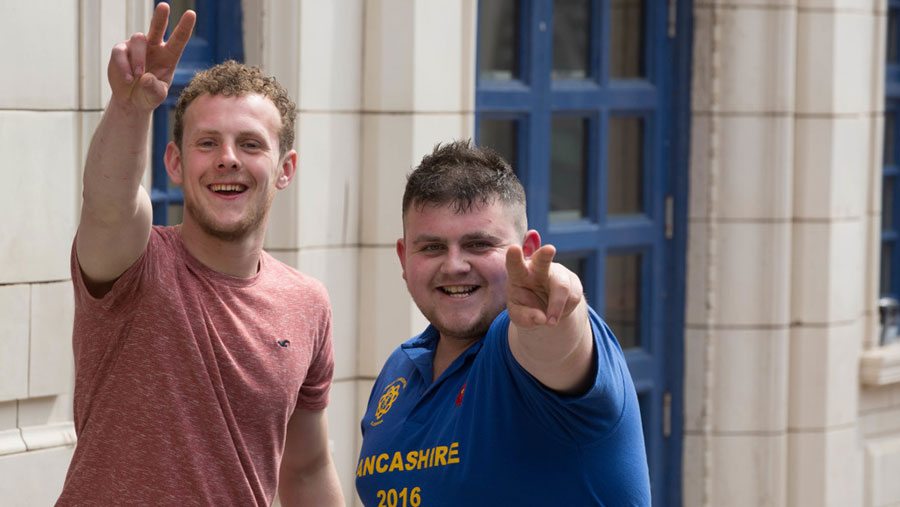 Funniest quote of the weekend 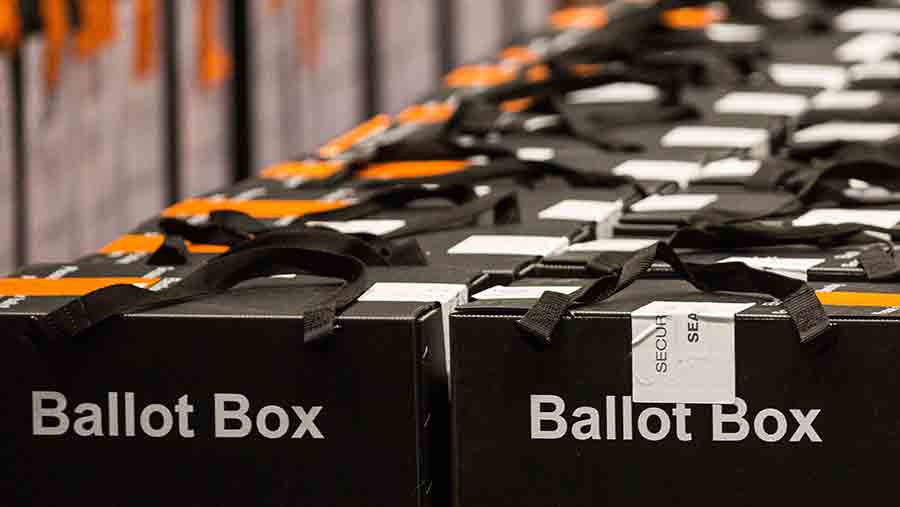 “Is this the real EU referendum?”

Most dedicated to the cause 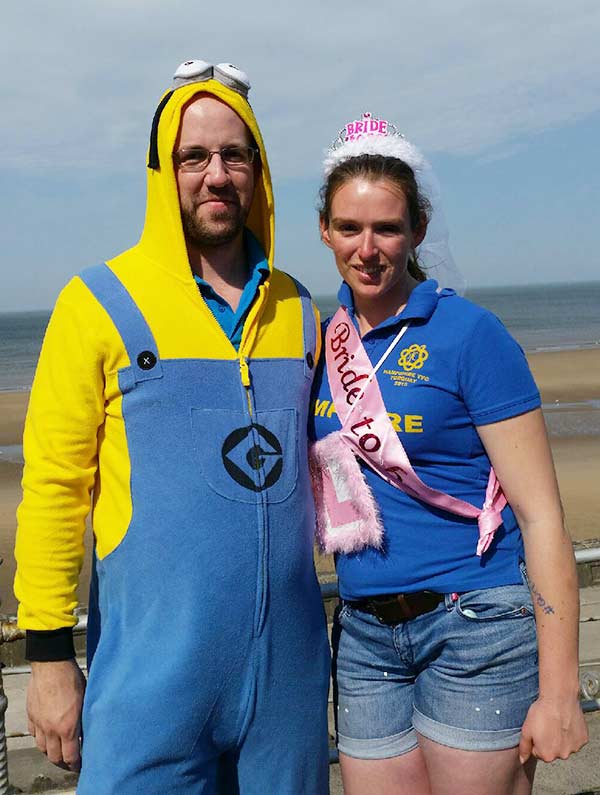 Colin Poore proposed to fellow young farmer Amy Blount at 2014 YFC AGM in Blackpool and they both returned this year for their hen and stag dos. The big day will take place this October.

Most determined to get hold of a coveted FW T-shirt 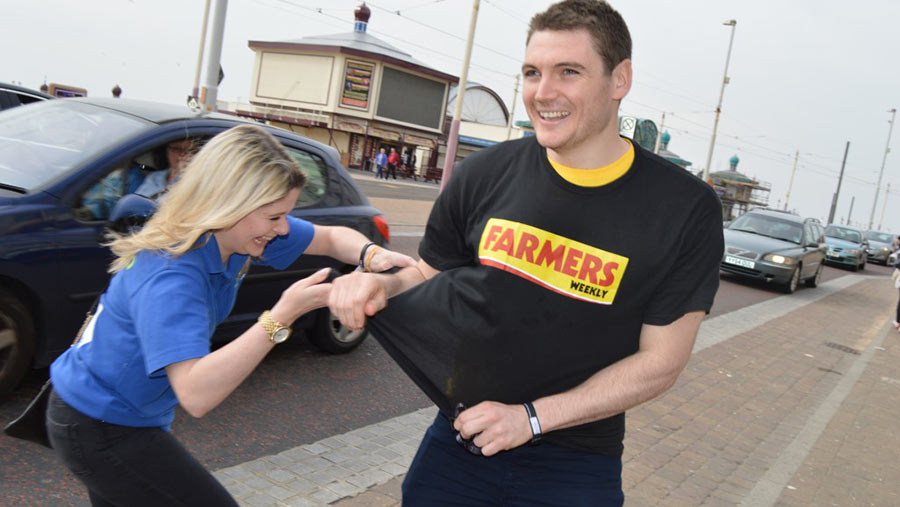 James from the FW team had to hold on tight when this young farmer, who missed the free FW T-shirts at AGM, decided she would like his.

See also: See all the news and pictures from this year’s Young Farmers conference

Most blinged with freebies 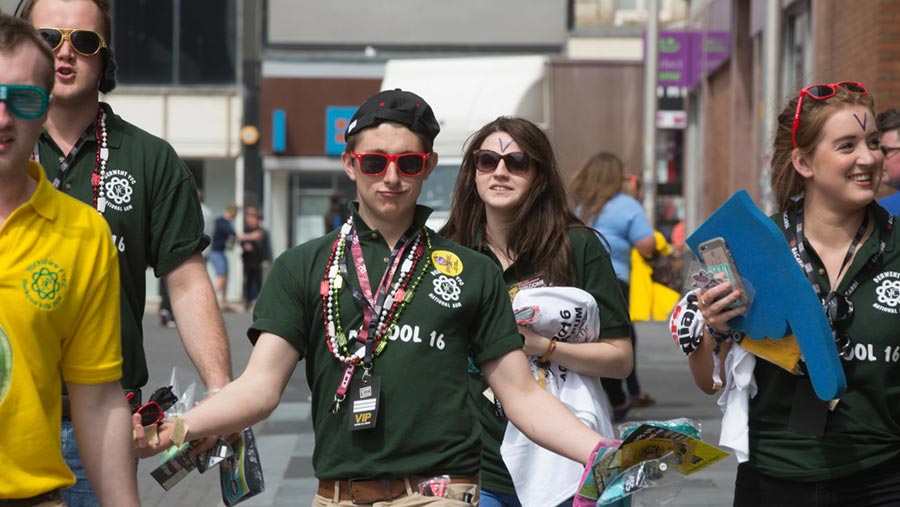 This Derwent young farmer stocked up on free stash at registration. He can have a new pair of sunglasses each summer for a good few years. 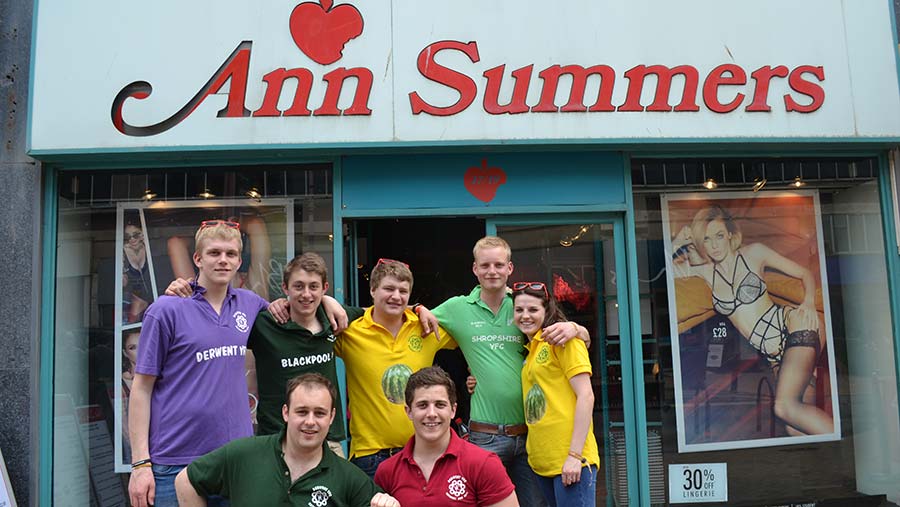 We didn’t ask what was in the shopping bag… 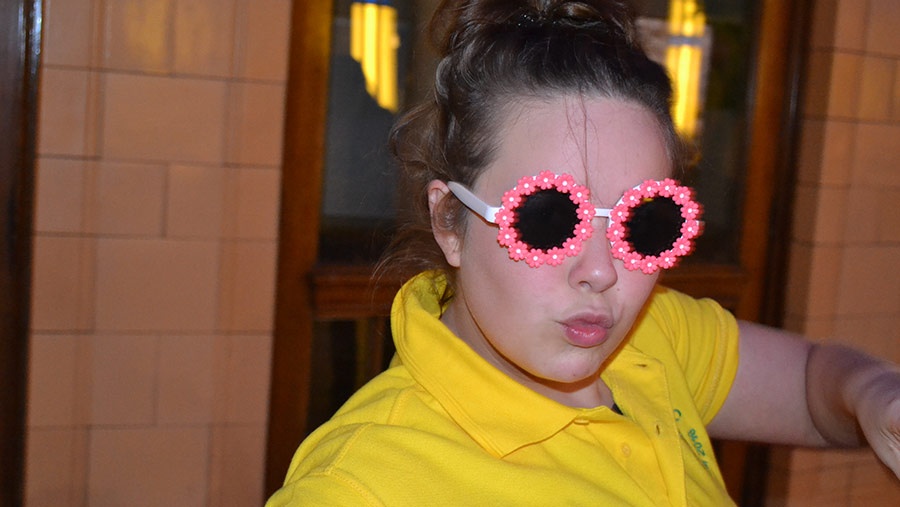 Some floral shades for the bright lights of the ballroom dancefloor…