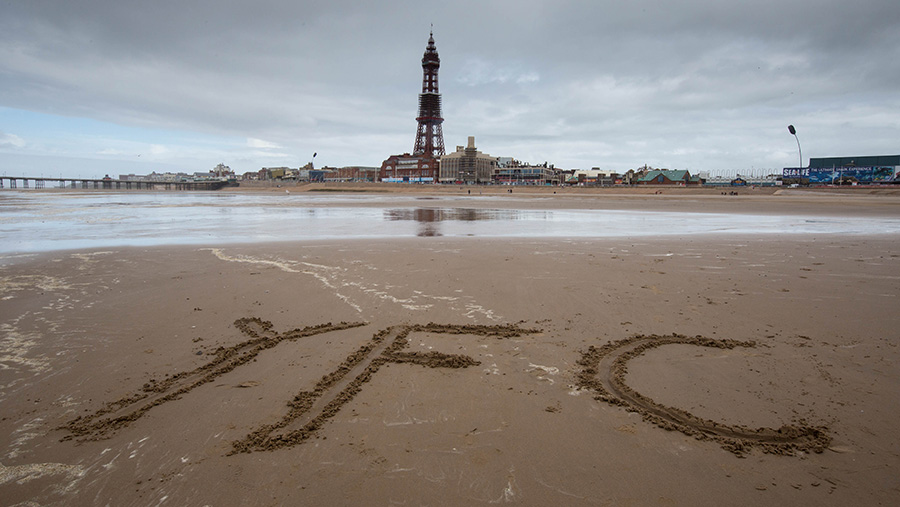 Farmers Weekly has 1,000 stylish T-shirts to give away at this year’s National Federation of Young Farmers’ Clubs annual convention.

The team will be giving the shirts out to members in the Blackpool Winter Gardens on Friday (6 May).

All you have to do is go and say hello to the Farmers Weekly crew at registration, and be one of the first 1,000 people to do so.

See also: 10 things to do at the YFC AGM in Blackpool

Not only will you have the best clobber to wear for the weekend, but there will also be a competition for the best T-shirt selfie over the weekend with prizes on offer.

With just three days to go until thousands of young farmers descend on the Lancashire town, some members are taking part in some exciting fundraising challenges on their way to the AGM.

The challenge, organised by county chairman Georgina Monk and called Monkey’s Magical Mystery Tour, will begin at the National Agricultural Centre, in Kenilworth, Warwickshire, and then the cyclists will ride to Scarborough, Georgina’s grandfather’s home, and finally head across to Blackpool.

The team will be raising money for Macmillan Cancer Support.

“My granny died of cancer three years ago and she was looked after in her final months by Macmillan Cancer nurses which, being 400 miles away, meant we felt better that she was in safe hands. They also helped my granddad deal with everything,” said Georgina.

“Cancer affects so many people, and is an illness that has directly or indirectly affected everyone. In doing this challenge, we would like to raise money to make sure that these nurses are available to deliver the care that their patients and affected family member needs.”

Joshua Fincham from Somerset YFC and Will Dyer and Morris Burrough from Devon YFC will opt for their bikes as opposed to the usual comfy coach mode of AGM transport.

While talking with the county president for Somerset YFC James Bardwell, Joshua discovered James’ granddaughter Phoebe was diagnosed with the disease Cystic Fibrosis.

It was then the team decided to fund raise for the Cystic Fibrosis Trust.

Joshua explained in 2014 he had cycled from Swanage Pier, Dorset, to Blackpool pier. But, this year the young fundraiser wanted to go even further so decided to cycle 600 miles from the Eiffel Tower to Blackpool Tower.

“I did a 320 mile bike ride to AGM two years ago called Pier2Pier and knew that my next challenge had to be bigger, so then Tower2Tower was born. Why? Why not… young farmers are always raising money for great charities so why not combine my love for cycling and AGM once again,” said Joshua.

“I was always told if your dreams don’t scare you, they’re not big enough.”

Josh, Will and Morris have been training since November last year, which has involved spinning classes, miles of cycling, leg shaving (aerodynamics) and alcohol bans.

They are en route this week and due to arrive in Blackpool tomorrow (Wednesday 4 May).

You can sponsor them on their Tower2Tower donations page. 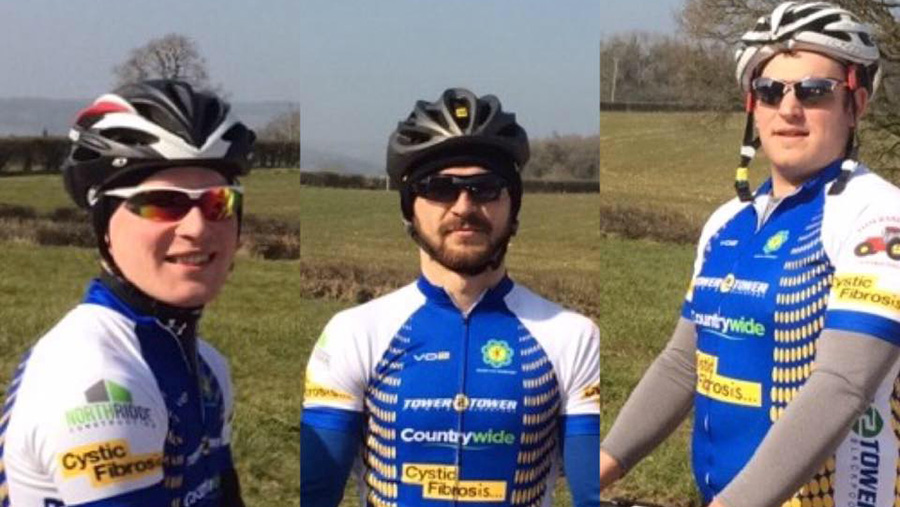 Running to the Winter Gardens

Good trainers are key for the Ashbourne Young Farmers’ Club’s challenge because they will be running a relay of more than the 100 miles to the annual convention.

“We’ve been training for a couple of months now and it literally has been blood, sweat and tears as the majority couldn’t run a mile before we started,” said club chairwoman Kathryn Moorcroft who is leading the mission.

The Derbyshire club are raising money for Epilepsy Research UK and you can support them her via their the Ashbourne Young Farmers’ Club JustGiving page. 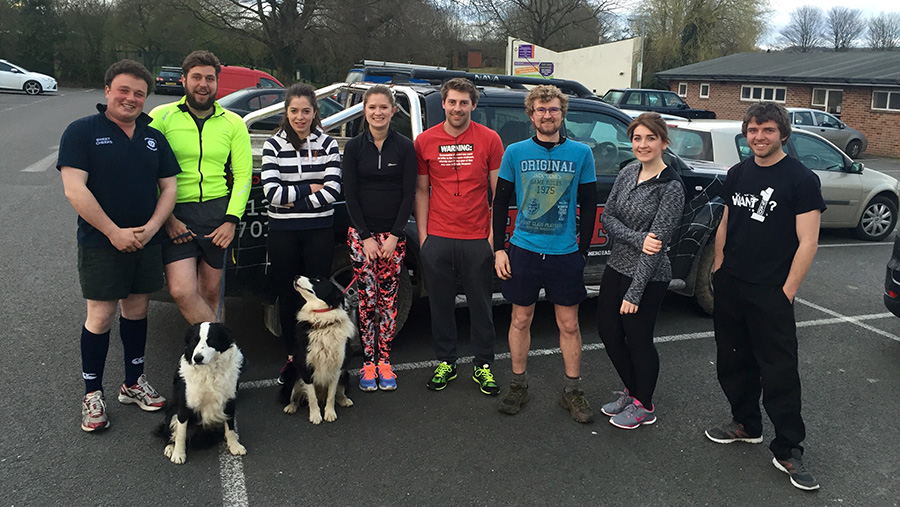 Young Farmers on the Moove

This year, members of Lancashire Federation of Young Farmers’ Clubs will be walking 36 miles from the organisation’s county office in Clitheroe to Blackpool Tower, dressed as cows on Thursday 5 May.

More than 50 members have pledged their support to the walk dubbed On The Moove, where members will raise money for two charities – Macmillan Cancer Support and Field Nurse.

Speaking about the launch of On The Moove, James Oddie said: “With the current farming economic situation, farmers are stretched more than ever. 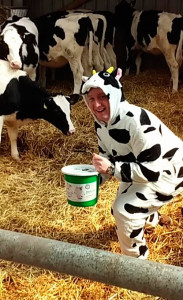 “Working within the agricultural community I see this every day and wanted to try and help in some way.

“Field Nurse is a project aiming to provide a nurse at both Clitheroe and Gisburn Auction Marts where farmers and the rural community can pop in and get themselves checked out.

“This could be a health check from illness, injuries or just for a chat to get things of their chest.

Mr Oddie continued: “LFYFC members wanted to show their support for a charity which is helping Louise.”

“Over recent years we have lost people close to our hearts through cancer, and now we have one of our own fighting the disease. Macmillian is a fantastic charity which gives lots of support to patients, friends and family affected by cancer. Their help and support is valuable to all and the support we have had within our federation has been overwhelming. “

You can sponsor the Lancashire Federation’s challenge via their On The Moove fundraising page.