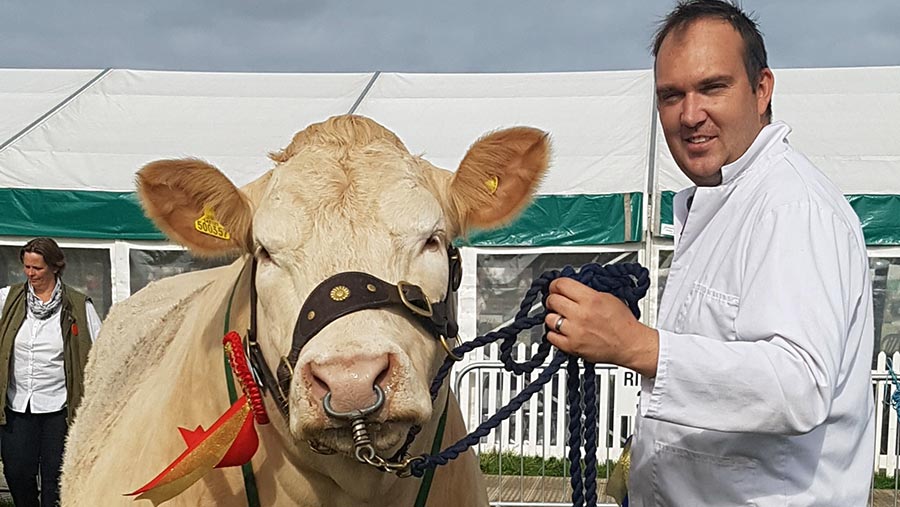 Welcome to “5 minutes with” where we get to know one of Britain’s brightest and best young farmers.

These brilliant young people are the future of the agriculture industry and we want to bring their lives, businesses, ideas and achievements to the fore.

By celebrating our young farmers and promoting what they do, we hope to generate even more interest in farming from younger generations and help make sure they get all the support they need to thrive in the future.

See also: Job profile: What’s it like to be a brewer?

What’s your name and how old are you?

Where do you come from?

I’m on Twitter @everinghamblond, but this is not used as much as Facebook, which is Everingham Blondes. We sell a lot of cattle through Facebook, check out our page if you’re after a new stock bull.

Are you a member of a Young Farmers’ Club?

No, I’ve never had the time. I’m now too old and even busier than before.

What sort of farm do you live/work on?

We have an 32ha beef farm with 12ha of this rented out to a local turf producer.

What do you get up to on the farm?

We currently have a pedigree British Blonde herd with 30 breeding females and a small number of Blonde and British Blue cross females, who run with our home-bred pedigree Blonde bull. We have also ventured into the Limousin breed.

What do you get up to when you’re not farming?

Both myself and my wife, Jess, work full-time off the farm currently. I am a fully qualified accountant and work as a finance manager at York Hospital.

I also enjoy watching sport, particularly cricket and football, but really any that is on TV, much to the annoyance of my wife.

What’s the best bit about farming?

Seeing the plans for future pedigree breeding come together. The sense of anticipation to see if certain male and female lines work well together.

The sense of accomplishment when an animal you’re proud of is either successful in the show ring or, most importantly, the sale ring.

What’s the most frustrating bit about farming?

The negativity in the press and on social media, seeing British farmers depicted as harsh and money grabbing.

The misunderstandings of the high welfare standards and effort by the vast majority to ensure animals are not only produced to the best standard, but looked after to the best of our abilities throughout their lives.

Where would you like to be in five years’ time?

I would like to grow our Blonde herd in size and have bulls and females regularly for sale at society sales, as well as develop the EBV recording of our herd to not only assist us, but the Blonde breed in general.

Usually my springer spaniel, Trev, a dog blessed with looks but not brains. 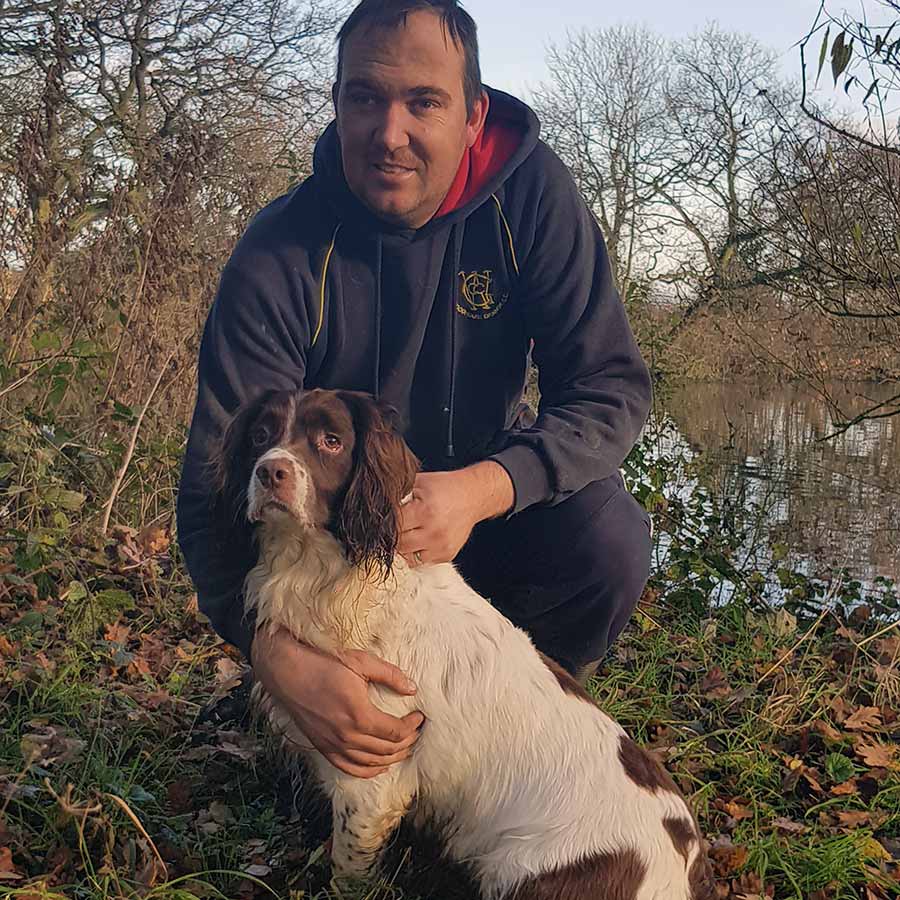 What’s your proudest achievement to date?

A couple of things – probably owning my own farming business in my early 30s with my wife, which means working long hours on farm and off, but is definitely worth the effort.

What’s the best piece of advice you’ve ever been given?

I was brought up with the principle of nothing comes without hard work, something which we are starting to see the benefits of on the farm.

If I wasn’t scared, I would…

…do a parachute jump. It’s something I’ve always fancied doing but something I would never be able to find the nerve to actually carry out.

If you won the lottery, what’s the first thing you would spend the money on?

A bigger farm. I would love the opportunity to farm on a bigger scale and increase the size of our herd.

I would probably also purchase some tickets to go and watch England play cricket in Australia, and I’d have the money to pay someone to look after the cows.

What do you think is the biggest challenge facing UK farming today?

Sorting out the TB issue – the government have to find a way of making the bovine TB vaccine available. It’s ridiculous to carry on in the current climate.

Tell us something about yourself that not many people know.

I am a keen follower of the Sheffield Steelers ice hockey team and, farm work permitting, I go to every home game I can. It’s a sport which isn’t as popular as some in the UK, but a fantastic night out.

If you are a young farmer or would like to nominate somebody for this feature, please email community editor Oli Hill with your name, age and a brief explanation what you do.