It’s returning to the Devon resort of Torquay, after last year’s Blackpool bash.

It’s the biggest weekend in the England and Wales YFC calendar, with thousands attending for three days of serious debate and partying.

Here are some memorable highlights (and lowlights) of the conference over recent years: 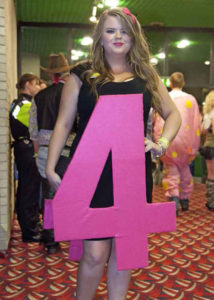 Amy Bradley from Kent caught the eye of Farmers Weekly with her outfit for the 2012 fancy dress party, which had the theme: “When I was 3, I wanted to be…” Through a sea of pirates, lifeguards, doctors and scarecrows, she impressed, dressed cleverly and comically as the number 4.

The first and we think only dancefloor proposal happened in 2014. Many a romance has blossomed through Young Farmers, but few so memorable as Colin Poore and his bride-to-be, Amy Blount. Just as Mr Brightside began playing on Blackpool’s dancefloor, Colin dropped to one knee and Amy accepted.

While we’re on the subject of romance, 1998 in Bournemouth saw a reconstruction of the popular TV show Blind Date. When asked what he was looking for in a woman, one young man replied: “As much as possible.” Some members, however, were searching for something a little more poetic, with one lady looking to “meet the man of my dreams”.

Angela Kirk said she had been “dragged along” by her brother to her first YFC event. However, she quickly went on to thank him for doing so, when she won Miss National Young Farmer at the conference in 1988. 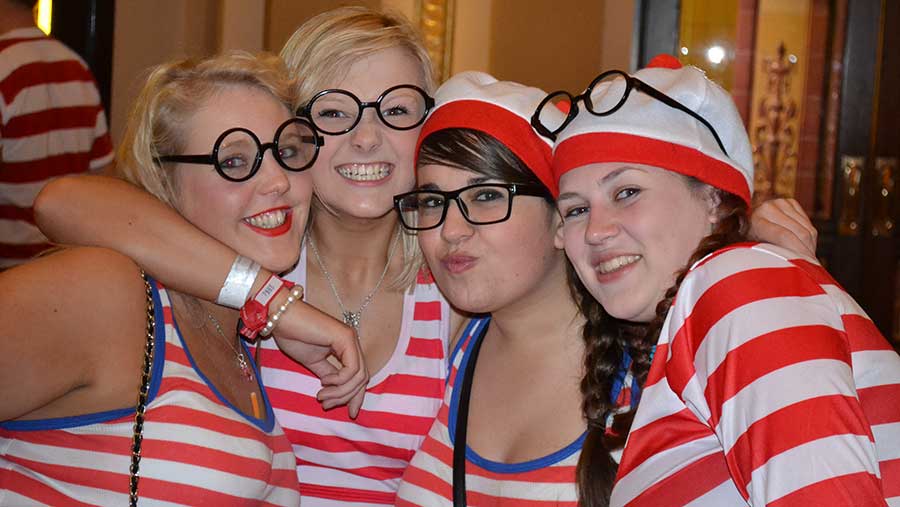 The year 2013 brought a mishmash of red-and-white stripes for a Where’s Wally?-themed bash. Held at Blackpool’s legendary Winter Gardens, the night was part of a fun-filled weekend that drew 5,000 members to the biggest AGM for five years. Did anyone ever find him?

The effects of the terrible epidemic even reached the 2001 AGM. As a result, organisers held a ‘mini convention’ instead of the usual big affair.

Members came up with a novel way to raise money in 1993. About 1,000 attempted to break the world record for passing buckets of water from one point to another. The New York Fire Brigade were the previous record-holders, reaching 11,471ft. Sadly, the YFC crew only managed just over 3,000ft.

The Isle of Man played host to the 1980 AGM, which saw the highest number of people attend. At the time, total NFYFC membership was a staggering 50,861, which compares with a current number of about 24,000.

We look forward to seeing all you Young Farmers at the 2017 AGM at the Riviera International Centre in Torquay. Come and say hello to the FW team!

See all of the news and photos from the event on our YFC AGM page.