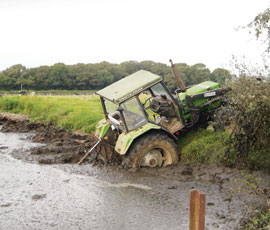 Agriculture is the most dangerous UK industry to work in, with an average of 40-50 people killed every year. But despite recent high-profile campaigns, farmers are still not taking health and safety seriously enough.

However, more than half of the 378 employers who responded to the survey did not have a documented health and safety policy, including arrangements for managing safety effectively.

Almost 30% of farmers never gave their workers any health and safety training – either formal or informal – with only 53% of employers with seasonal or part-time workers giving them the same training as full-time staff.

Of the 77 employee respondents, more than a quarter said their employers never discussed health and safety with them. Even the managers are getting insufficient training, with 44% of farmers saying they either didn’t know or had never given managers formal or informal training. 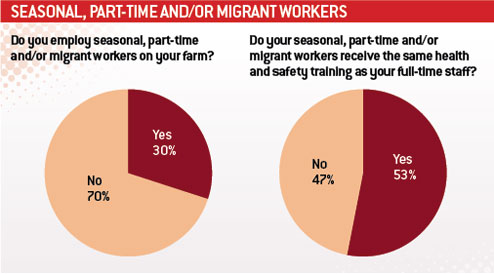 And the results are clear. Of the employer respondents, 40% said there had been an accident on the farm, while 59% of employees said the same. Of those accidents, more than half required medical treatment and time off work, while 5% proved fatal. The most common causes of accidents were handling livestock, working at height, and “anything involving power drives, cutting machinery and lifting practices”.

One farm manager said: “Today, with so few employees either affordable or available, and so many elderly farmers aged 65 and above, cattle handling is probably the most risky issue. In a remote hill stock farm with suckler cows such as this, they are becoming increasingly agitated due to the frequency of handling during bovine TB testing.

“However good the system, however careful one might be, it is fraught with danger. This is a situation much discussed by the farming fraternity, but seemingly ignored by DEFRA/government departments.” Fortunately, 67% of employers and 77% of employees said they had had emergency first-aid training, but that left more than a quarter with no first aid knowledge. 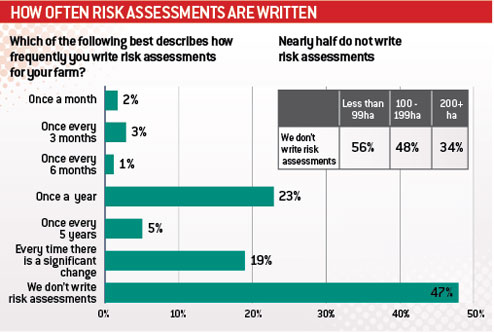 The survey also revealed a serious lack of knowledge about – and compliance with – health and safety legislation. Only a quarter of respondents knew that businesses employing five or more people were legally required to have a written health and safety policy. Almost half had never written a risk assessment, and of those who did produce them, 9% did not communicate them to the farm staff. A surprising number also did not think formal training was necessary for carrying out potentially dangerous work activities.

Other areas requiring formal training or competence certificates included using chainsaws, tree work, driving forklifts or telescopic handlers, sheep dipping and first aid. A surprising 40% of employees also said they either were not provided with, or shown how to use, personal protective equipment for their work. 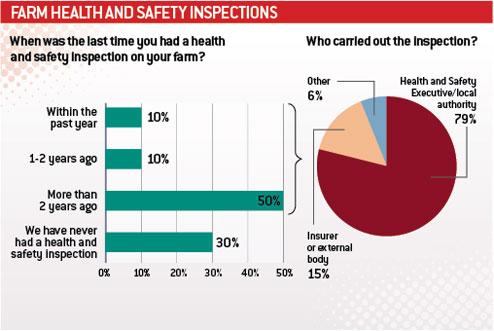 Although 58% of employers knew the minimum age for driving or riding on a tractor was 13, a third did not carry out statutory inspections on forklifts, telehandlers, or air compressors over 250 bar/litres.

However, there was some good news. Some 77% of respondents were aware of the HSE’s “Come Home Safe” campaign, with 23% having taken action as a result of it. And although more than 40% considered the industry an unsafe one to work in, 72% thought it was safer than 10 years ago.

More than 70% of respondents believed that they would benefit from more information and advice about health and safety on farms, with only 30% ever having had a formal inspection. Half of all employers had at some point attended one of the HSE’s Safety and Health Awareness Days (SHADs), but only 32% of employees had done the same. 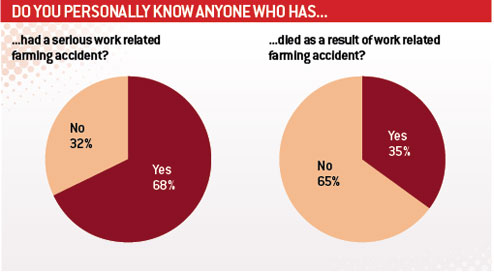 Liz Carridge, a spokeswoman for the HSE, said nearly 8,000 free places were available at SHADs last year, and the executive was working with the industry through initiatives such as the Farm Safety Partnership and the On-Farm Safety Charter to continue to raise health and safety awareness.

“Real improvement is only likely to be achieved by tackling the prevailing risk-taking cultures and behaviours but this inevitably will take time,” said Ms Carridge.

“The key to improvement lies in creating a culture in which farmers routinely assess the risks and consider how they can be managed before they begin work. Health and safety on farms doesn’t just happen – it needs to be managed.” 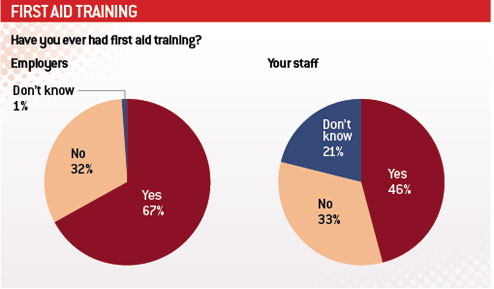 “Seventy per cent of respondents to our survey believe they would benefit from more information and advice about health and safety on farms,” noted Andy Simmonds, NatWest Mentor’s agricultural H&S specialist.

“The HSE runs Safety and Health Awareness Days (SHADs) and initiatives like the Farm Safety Partnership and the On-Farm Safety Charter, which we would encourage all farmers to participate in.

“Nearly one person a week is killed on farms in the UK, which is a higher death rate than in both manufacturing and construction. This is despite the high-profile campaigns that the HSE has run to educate the agricultural community.”

Agricultural employers want straightforward advice to help them create and maintain a safe working and home environment – and that’s where Mentor can help.


NatWest Mentor is a leading provider of health and safety services and can offer specialist help to the sector.