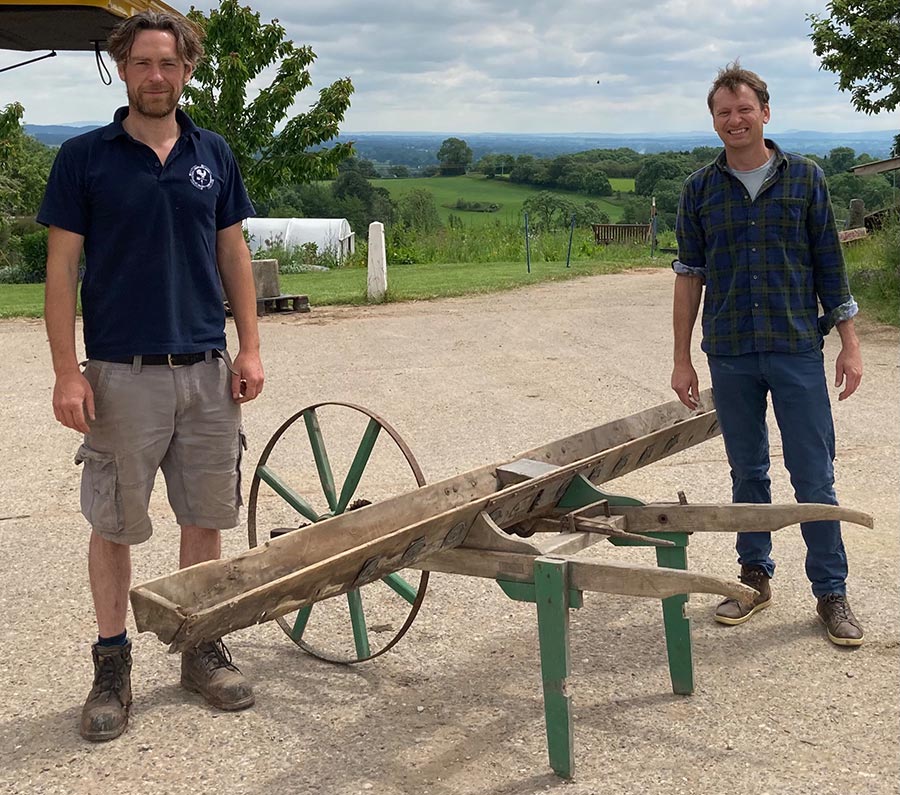 A hand seed barrow thought to date back to the late-Victorian period will be put to use again after decades in storage, thanks to a social media appeal.

Richard Hawking inherited the barrow from his late father, who started farming in Portishead, north Somerset, in the 1950s.

The machinery was used by Mr Hawking’s great-grandfather and, after some renovation, the ancient barrow will be put to work for the first time in about 100 years to create new meadowland at Treflach Farm in Shropshire.

The farm is working to improve its soils and increase biodiversity and is run by Ian Steele, who was eager to put the barrow to good use.

“I am thrilled that the seed barrow is no longer languishing in a shed and will be able to see some sun again,” Mr Hawking told Farmers Weekly.

“Ian is going to ask a few friends to carry out a little repair work on it and said I would be welcome back when it’s back in use and maybe I can finally use it myself, more than 100 years after my great-grandfather last used it.”

Mr Hawking, a teacher who lives in Worcestershire and has a keen interest in farming, sent the appeal out on social media in May to try to find a new home for the barrow, which was collecting dust in his garage.

“Some of the more traditional methods of farming will need to be revisited. I certainly think small-scale farming, or even allotments, will be more pertinent in the future. So although this seems like an outdated piece of machinery, I think it could be used,” Mr Hawking added.