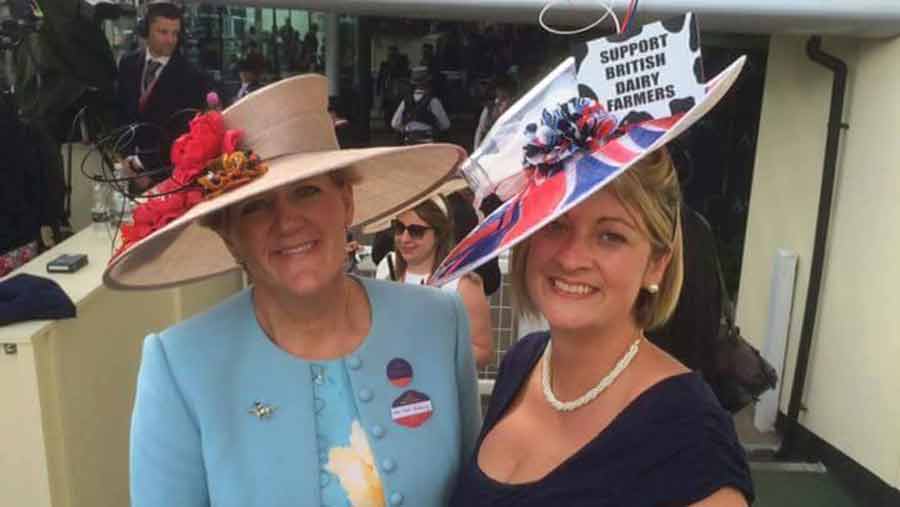 A West Country woman has devised a novel way of supporting British dairy farmers – with a hat.

Sharron Petherick’s unique headwear, designed for last week’s world famous Royal Ascot, captured the attention of fellow racegoers, celebrities and the media – and has since appeared on websites including the BBC and The Daily Mail.

“Ladies Day is all about the hats so it was an opportunity to show my support for dairy industry and talk to members of the public about what a fantastic job dairy farmers do,” said farmer’s daughter Sharron, who works at auctioneers and estate agents Kivells.

See also: 10 breeds of people farmers will encounter on Twitter

Sharron and Kerry Smith at The Hat Shop in Holsworthy designed the creation which featured a milk bottle, the words “Support British Dairy Farmers” and a union flag to celebrate the Queen’s 90th birthday. 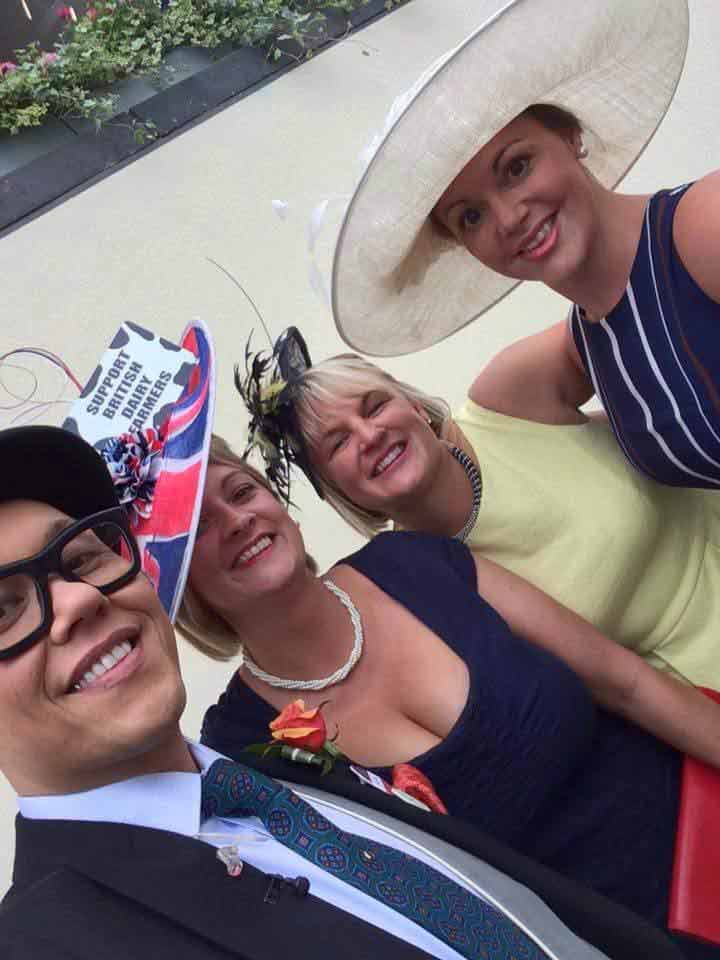 “The dairy industry is in crisis and I wanted to try to do something. It certainly got people talking.

“The response was really positive, although it did amaze me how little some people knew about farming. I explained that dairy farming isn’t a 9-5 job, it’s seven days a week, 365 days a year. I also explained how we need to pay a bit more for our milk.”

It marked a first visit to Ascot for Sharron, who attended with friends Tracy Uglow and Tina Mander – a joint Christmas present from their respective other halves.

As well as doing an interview with German TV, she had her photo taken countless times by punters and even caught the interest of TV stars Gok Wan and Clare Balding.

As for her luck with the horses on the day? “I did win some money – but then I lost it in the next race!”