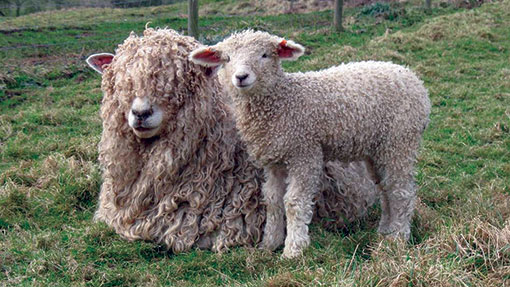 Former farmer and barrister Philip Walling is sufficiently fascinated by sheep that he’s penned Counting Sheep – a book dedicated to the animals. Here he explains why – and hits back at recent environmental criticisms.

Contrary to what school leavers are led to believe, academic failure is not necessarily the end of life as they know it.

Years ago, I did badly in my A-levels and couldn’t go to university. Although I didn’t realise it at the time, after a few false starts, this opened a door into a world I could never have known about had my path through life taken a conventional route.

That summer after leaving school, at a loose end waiting for my exam results, I happened to meet Harry Hardisty one day in the village in Cumbria. Harry kept a powerful flock of Herdwicks on the high open fells and he suggested that I might like to give him a hand for a few weeks.

“I can’t pay you, but you might learn something.”

And he was right. I did learn something. In fact, I learned a great deal in what turned out to be a crash course in hill sheep farming. And I fell in love with the pastoral world I discovered. I learned, for example, the weather is never as bad as it seems from the inside looking out, and few things are as hard as you imagine they are going to be. “Just get stuck in,” Harry used to say. Advice that has been useful throughout my life.

“I realised that there was such a gulf of ignorance between town and country that a book needed to be written to try to bridge it.”
Philip Walling

But more than all this, almost by accident I fell into a world far older than our modern industrial age; a world of beauty whose thread runs through our nation’s history, informs its culture and, despite its ancient lineage, still pulses, largely unseen, beneath the surface of modern urban life. This is our pastoral world.

The idea for Counting Sheep came to me one day when I was trying to explain the “sheep pyramid” to someone. I realised that there was such a gulf of ignorance between town and country that a book needed to be written to try to bridge it. 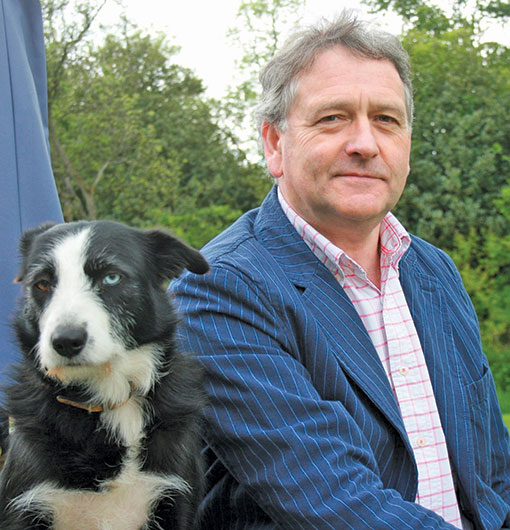 Sheep breeding is one of the things we have done really well in Britain for a very long time. It’s a unique British success story.

There is hardly a sheep-keeping country in the world that has not imported one or more of our breeds to improve their native flocks.

We have more than 60 indigenous breeds, each adapted to its native soil and, just as the Frenchman’s grapes or his cheeses are subtly altered by association with the terrain, so are our sheep.

The exciting thing is that the story of our sheep can be traced through breeds that still exist in the British Isles.

The seaweed-eating sheep of North Ronaldsay and the tan-faced little Portlands in the south that clung to their rocky outcrop well into last century, are remnants of Iron Age types the Celts would have kept 3,000 years ago.

Counting Sheep explores Britain “through its most influential animal” – the sheep. The book is full of stories, history, trivia and humour. The author meets some of the 60 native breeds that thrive in this country as well as shepherds and owners, learns about their pasts and confronts the present realities of sheep farming. Published by Profile Books, it’s priced at £14.99 in hardback.

Our Longwools are almost certainly descended from Roman stock from Italy imported to provide for Roman woollen manufacture, while the blackfaced breeds probably came with their Saxon owners. There are even a few remaining Leicester Longwools, the sheep that Robert Bakewell used as the great fulcrum between the medieval woolly types and our modern meat-producing sheep.

When I started researching Counting Sheep, the subject did not seem as topical as it now does. It did not seem possible that sheep, our constant companions throughout millennia, turning otherwise useless vegetation into meat and wool, could be threatened as they now are, or that the value of our pastoral world could be called into question. But environmentalism, “re-wilding” the hills, the EU paying farmers not to keep sheep, and the subtle threat from religious slaughter that causes people to reject meat-eating because they are revolted by the unnecessary cruelty involved, all make its publication timely.

I hope Counting Sheep will bring all these things to a wider world because it has never been more important that pastoral farmers’ role should be explained and defended. But not by being drawn on to their opponents’ territory with arguments formulated by their opponents that shift as opportunity presents itself.

Farmers should not be forced to justify something that has been done for thousands of years in every corner of Britain.

Our national flock has almost halved in 20 years and yet the latest attempt to justify further reduction is that sheep’s hooves compact the soil and cause water run-off. If there was anything in this, surely we would have had much more flooding when we had twice as many sheep grazing the land? It is plain nonsense and should be treated with the disdain it deserves.

Sheep keeping is a noble activity that extends civilisation into every part of the British Isles. It supports enduring communities and is on the side of humanity, human dignity and human freedom. And it should be cherished and celebrated.