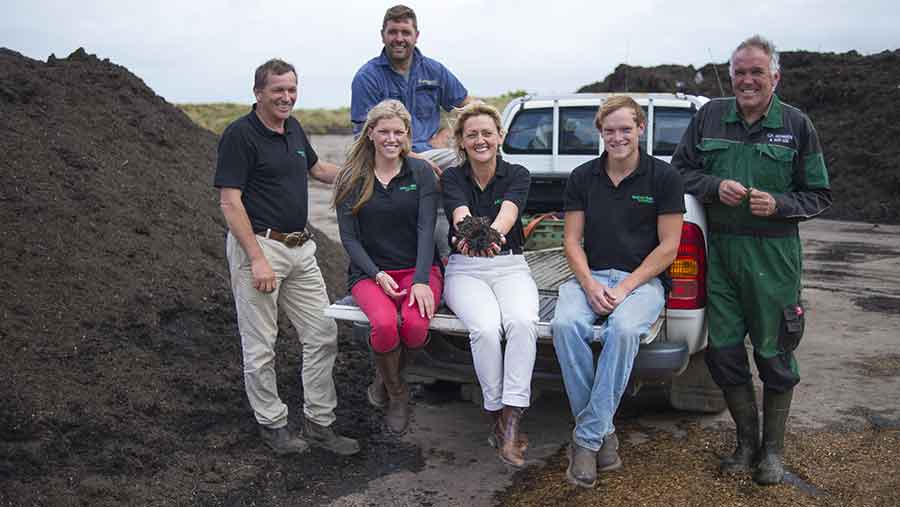 Three of the UK’s top farming families, who went head-to-head in the Farmers Weekly Awards, have appeared on a BBC1 TV show.

The Farmers’ Country Showdown, which first aired on 13 February and is running every weekday at 3.45pm, aims to “celebrate the diverse range of exceptional and inspirational family-run farms across the UK”.

Episode five of the 15, which transmitted last Friday (17 February), followed the success stories of the Nicholsons, the Richards and the Mays, as they vied to win the coveted Diversification Farmer of the Year title.

The 76ha Cannon Hall Farm near Barnsley in South Yorkshire is home to the Nicholsons, a family that has proved to be “a validation of what you can do with a dream”.

The business draws half a million visitors every year to the farm attraction, shops, bakery, cafe, butchers and deli – and people come from all over the UK to see their diverse livestock which includes lambs, piglets, meerkats and Shetlands.

Richard and Anna May of Springfield Farm near Barnstaple in Devon learnt the hard way the importance of diversification when they lost their stock to foot-and-mouth in 2001. They have since bounced back with a novel approach to diversification – a farm-based nursery.

Every day, 90 children attend who, among a host of other activities, get first-hand experience growing their own vegetables and meeting livestock. “It’s so important nowadays for children to be educated about where food comes from,” says Richard.

The show also featured the Green Waste Company in Cornwall, where the Richards run this business in tandem with their dairy and arable enterprises.

The company takes green waste such as flower cuttings, hedge trimmings and food waste and converts it to high-quality compost. This has proved to be a great success and the firm now boasts the Eden Project as one of its clients.

The programme followed representatives from the three families as they joined 1,000-plus others for the Farmers Weekly Awards night at the Grosvenor Hotel, London, in October 2016.

Presented by Fiona Bruce, the evening saw the recycling gurus of the Green Waste Company come out as winners to take home the top title, Diversification Farmer of the Year.

Watch the show on iPlayer.