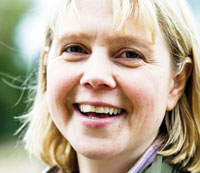 The maze has closed for another year and it had been a good season.

Fortunately, I had decided to close as soon as the school holidays were over.

The last visitors pedalled their final lap on the go-karts and were finishing their last ice creams as the maize contractors pulled up the farm drive.


A few people looked rather concerned as they saw the forage harvester park outside the field, hurriedly checking that all their children were safely out of the maze.

The weather had been so dry that the maize harvest was early by about two weeks.

That weekend the whole field was gone. All that was left was the stalks, the paths weaving in and out, the odd empty drink can or crisp packet blowing in the wind.

Time to start planning next season.

We always have plenty of suggestions for possible themes from our visitors, some better than others, but all ideas are welcome. One rather unusual suggestion for a possible event arrived via email.

Apparently a maize maze up north, the largest in the country, held a torchlight evening for the local Naturist community.

It seems it was very well attended, the suggestion being we could perhaps hold something similar at ours.

I politely thanked him for his interesting suggestion and said that I would ‘bare it in mind’.

Worth thinking about, certainly different. I’m not sure that Dave would volunteer to serve the ice creams though.

Our own ‘non-naturist’ Maze By Torchlight evening held in aid of the Southwold Christmas Lights and the RNLI, was the only social event of the summer for Dave, the family and I.

However, we were soon to make up for lost time when we were invited to our friend’s house, in a nearby coastal town, for the last weekend of the holidays.

The maze had finished, harvest was long gone, rape drilling was waiting for a rain and school uniforms had been purchased. So we disappeared, not too far but far enough.

The long hours of the summer seemed to fade away rapidly. When we drew breath from the iPod karaoke, it was two o’clock in the morning.

My suggestion of a swim in the sea seemed like a great idea that night but in the cold light of day, the murky grey waters of the North Sea were less appealing. However, the day dawned bright and the sun was shining.

Perhaps it was the perfect way to clear the head. In we all went, the men being the last to get in. It was absolutely freezing. I couldn’t even feel my feet. The children, who loved the waves and who swam in the sea all summer, were the first to get out.

We got back to the house to find three of the boys still in their trunks but all immersed in a bath of very hot water.

The next morning, a Sunday, things returned to normal with Dave announcing at 7am he was going back to the farm to see if his peas were dry enough to combine.

Our whole fresh pea acreage had been surplus to requirements following a bumper pea harvest and was left to be combined for feed.

Just when they were dry enough to be harvested, they caught the only rain of the month.

Dave is never very lucky with his peas. Three out of the last five years his peas have been by-passed.

The summer well and truly over, there was just one task left to complete. All summer (and for about a year prior to this) the children had been asking to get chickens. Dave wasn’t keen.

Despite his reservations, I had taken them to choose a run and hen house at the beginning of the holidays. All three had watched avidly as it was put together. Then it had sat forlornly in our field all summer. We had been so busy that we hadn’t had time to choose the hens to go in it.

So, the first Saturday after the return to school was designated chicken-choosing day.

Will, who had wanted a blue egg layer, settled for a ginger throated feisty hen who laid brown eggs.

Charlie chose a pure black hen. I had to explain that it wouldn’t lay black eggs, just normal brown ones. It came as no surprise the lady had to chase his hen around the pen a few times before it could be caught. It was a Rhode Island crossed with a Black Rock, Rocky Rhode for short. How appropriate, I thought.

So, we are now the proud owners of Star, Ginger Ninja and Rocky (depending on the local fox population, this gives us plenty of scope for Rocky 1, 11, 111 and 1V).

The children are fascinated by them and have even set their alarms earlier in the mornings to go and feed them before breakfast.

The first thing they do after school is to check on them and collect the eggs.

Luckily, one of them is laying and so they had enough for one each by the third day.

Fantastic little brown eggs they assured me tasted much nicer than normal.

I feel we must have arrived; this really is the “good life”