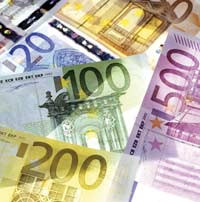 There’s been plenty going on this week on the Farmers Weekly blogs – some of which are written by FW writers and others written by FW readers.

Here are some of our favourites. All would welcome your comments by using the facility at the bottom of each post:

The weak pound may be bad news anyone travelling abroad, but it looks like good news for farmers. As Phil Clarke explains on his business blog sterling’s slump means that single farm payments look set to be up to 30% higher in 2009 than they were in 2008. All that’s needed now is for commodity prices to be 30% higher and costs 30% lower…

Never let it be said that Jonathan Long of the livestock and sales blog Taking Stock doesn’t try his best to cover as many sales as possible. This week he’s got reports from Newark, Thainstone, Lancaster, St John’s Chapel, Skipton and Stirling. And we thought he’d be saving himself for next month’s “Perth Bull Sales”.

Jetting around the world for machinery launches is obviously a tiring business. Well, that’s the excuse we’re using for FW reporter Emily Padfield who managed to get the Ghurkhas and burkas mixed up on her farm machinery blog Talk Torque. Take a minute to appreciate her correction – it should raise a laugh.

Farmers in East Anglia felt guilty moaning about dry conditions when some parts of the country were struggling to finish harvest. Fortunately, improved weather has allowed producers in the north and west to catch up – but the problem of drought conditions remains. David Richardson says he is worried that some of the rape and grain seed already drilled may be vulnerable to inadequate moisture.

It is always sad when markets are sold off as development land. So it is nice to see that a new shopping centre in Morpeth is paying homage to its heritage by installing a life-size statue of an Aberdeen Angus bull. It’s not yet finished, but from the picture on Tim Relf’s Field Day blog it is going to look amazing.

There are some days in farming where you just want to pack it all in and sell the lot. Kansasfarmer has just experienced one of them – although as he admits, it is days like this which make us really appreciate the good days.

Many farm businesses would fall apart it if wasn’t for the woman around the house (anyone dare to argue?). They are a vital lynch pin and none more so than Scottish blogger Herself who has a farmer husband and five children to contend with. Life is certainly never dull.