James Rebanks’ memoir, The Shepherd’s Life: A Tale of the Lake District, has captivated readers around the world. Farmers Weekly asks him about tips, tups and what’s harder – farming or writing. 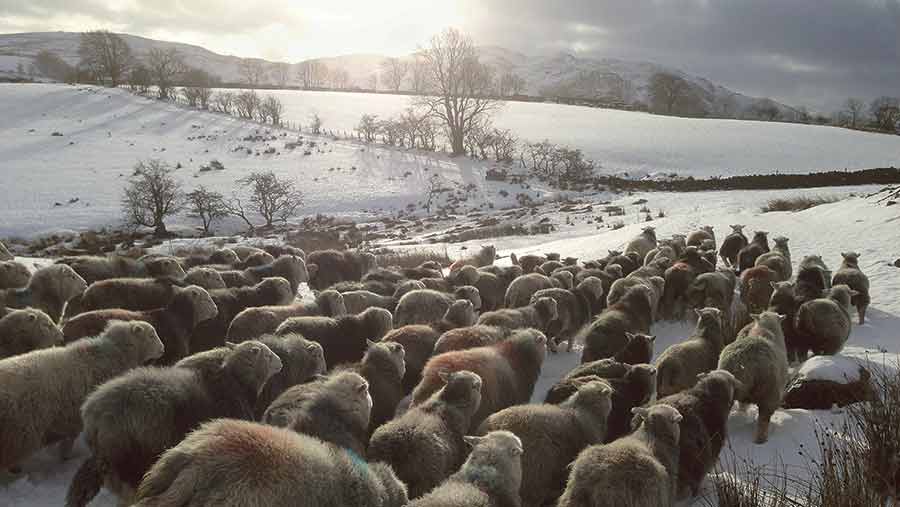 Why did you write the book?

I was annoyed by the shelves full of books about the Lake District landscape that I love, and particularly by none of them having the farming people who make the landscape what it is in them.

How did you find time to finish it?

I wrote most of it through the nights. I was juggling farm work with another job advising Unesco and I have three kids so the only time available was after 9pm. Lots of people say they want to be a writer, but most of them don’t want it badly enough to sit down and really do it. 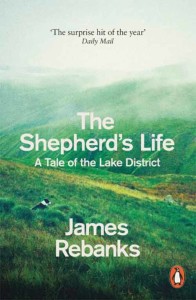 How did you get it published?

The worst thing you can do is write a book then send it to agents and publishers. That isn’t how most books get published. I got taken on by a good literary agent after writing an article for a US magazine that went viral on the internet.

My agent helped me submit the first chapter to publishers. That became an auction and Penguin bought it for a good advance. Then I thought: “Oh crikey, now I have to write the book, and it better be good.” So, get an agent. If they don’t want your book, it might mean it’s rubbish. Listen to them.

Have you been surprised by the reaction to it?

The book has been a bestseller in the UK, US, and Canada, has won prizes and is being translated into 15 languages. I hoped for all that, of course, but it is still slightly surprising and strange when it happens.

Is the public’s perception of farmers changing?

The public perception of farmers is pretty awful, I hope it is getting better but I’m not sure that is true. As a society we are confused about what we want from farmers. We vote for cheap food with our grocery spend, then feel furious that farming becomes industrial and ugly. Subsidies are a PR nightmare for UK farming – they need to be better explained and better targeted at things that the public value.

What’s it harder to make a living at – writing or farming?

Writing. Writing for most people is a hobby alongside their job, done for love. People think it is a road to riches, but that is just for a handful of mega-selling writers. It is also surprisingly hard work to do it well. My experience has been very untypical in that I had a bestseller.

Farming is a lousy way to make money, of course, and I’ve never made much money from it. Most farmers I know have other sources of income now. Sad but true.

Writing isn’t just about being published or having a bestseller – it’s a joyous thing that is worth doing for its own sake.

It is fine to write just for your family or friends, or your village or for people who share your hobby or breed of cow or sheep – and self-publishing has never been easier.

Some lovely writing can also be for a tiny audience – like poetry, that rarely sells many copies.

Got any tips for would-be writers?

Read the best authors in the world. Then work out if you can compete with them, and what you have to say that others aren’t already saying better. If you simply want to write a book “like X”, that’s not a good sign.

No one wants to publish a book like mine now; that ship has sailed. You need to be bold and original – you need to be the next “thing”, the new voice no one has heard before. My agent gets a couple of copycat books sent to him a week, he doesn’t even read them. It is a brutal business.

What’s the market like for memoirs about country life?

It’s very small. It takes a book that does something more than the usual to find a bigger audience and big sales. Conventional “this was my farming life” memoir-type books tend to have low sales.

What mistakes do farmers make when they write their memoirs?

A lot of people think they are great storytellers, but writing tests that to destruction. You are competing for people’s attention with hundreds of other writers, and with TV and lots of other distractions.

The best writers (even in memoirs) use every trick they can to grab and keep attention, using techniques used by novelists, or from movies. If you don’t read a lot of great books, you may not know how they do it. If your style is outdated or clichéd, you won’t succeed.

Writing is a craft to be learnt like any other. I started writing poems 20 years ago, because the discipline and the rhythm it requires is good training.

Any transferable skills between farming and writing?

Sheep farming and writing are both largely about observation and judgment. It is very like breeding good tups – it takes a lifetime of learning to be as good as the top people in the game.

Best bit of being a farmer?

Being my own boss, doing what my dad and grandad did, and living in a beautiful place. I also enjoy the challenge of trying to breed great Herdwick and Swaledale tups. I was lucky enough to have the champion at the main Herdwick tup sale last year, it has taken me about 15 years to get close.

Best bit of being an author?

Being my own boss, having a voice about things I care about, facing the daunting challenge of trying to be very good at it, having loads of lovely readers who buy my books, and making friends with loads of other amazing writers around the world.

Any books by farmers or about farming you’d recommend?

I Bought a Mountain by Thomas Firbank. Farmer’s Glory by AG Street. The Solace of Empty Spaces by Gretel Ehrlich. The Unsettling of America by Wendell Berry.

What are you currently reading?

Vasily Grossman’s war journalism – he is an amazing Russian writer who witnessed the worst events of the Second World War.

Is it all posh, red-carpet gala events now?

No. I don’t have a fancy writer’s life. Apart from maybe one or two book talks a month, usually in the evenings, I live quietly on the farm and do the farm work.