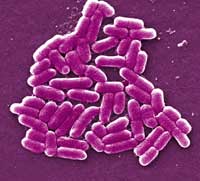 Better hygiene is vital at farms that are open to children and the public, warned a report into the UK’s biggest farm outbreak of E coli poisoning.

More than 90 people – 76 of them children – were struck down by an outbreak of the potentially fatal disease, which started in August 2009 on a farm in Godstone, Surrey. This week, an inquiry called for an accreditation scheme for open farms.

George Griffin, a disease expert from London University, led the report into the E coli 0157 outbreak. The voluntary scheme should be based on a code of practice drawn up by the industry, he said.

Relying on farm visitors to wash their hands afterwards is inadequate, suggested the report. Open farms should minimise the chance of children and visitors coming into contact with animals and dung in the first place, it added.

But the greatest criticism was reserved for public health bodies, which, said the report, should have acted more quickly to contain the disease. The farm remained open a month after the first case – during which it was visited by thousands of people.

The Health Protection Agency showed a “lack of leadership” by failing to act even though it knew a cluster of E coli cases had emerged, said the document. Some of those people remain ill and parents are preparing legal action (see left).

Rural campaigners said they recognised the E coli outbreak was traumatic for all involved. But it was an over-reaction to ban children from contact with animals during farm visits.

Charley May, who leads the Countryside Alliance campaign for outdoor education, said good on-farm hygiene, such as disinfecting animal pens daily and keeping public areas clean, would minimise any rise. “We should not create a panic culture where children are cut off from rural Britain, its animals, and the fun and fascinating things our beautiful countryside offers.”

Children, particularly those who lived in cities, had much to gain from farm visits, he said. “They learn important lessons about where their food comes from and see animals they might otherwise know nothing about.”