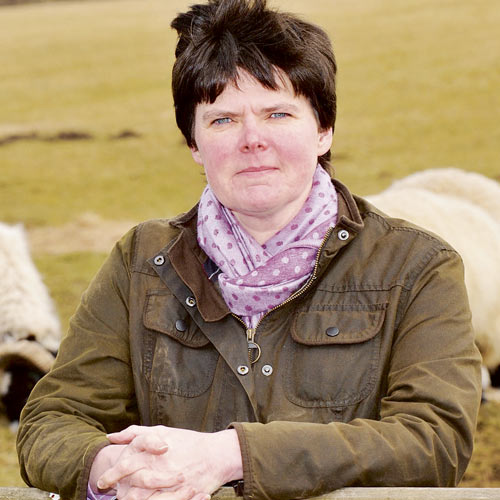 We seem to be between farming crises at present (lambing isn’t until April), but have been experiencing unusual phenomena such as earth tremors and light shows, which have demonstrated that Northumbrian farmers aren’t easily fazed.

A few weeks ago, the northern lights were visible in Northumberland for several nights and there were some wonderful images of various local landmarks silhouetted against turquoise skies. I wanted to see it for myself. After all, people travel to Norway on expeditions in search of the Northern Lights and here they were on our doorstep.

I was especially keen as our farm is in area which has been officially designated as a dark sky park. This designation is not only an indicator of a sparse population and pitiful economic development. It also means that when the clouds part we should have a clear view of the sky at night.

Naturally, I assumed that all we had to do was step outside and the show would begin. Alas, no. The only coloured light I could detect on our nightly check of the calving shed was a slight orange glow to the south, which was either from the army camp or Newcastle. Otherwise it was just a dark, admittedly very starry, sky.

I was explaining all this to my cousin who farms at the coast. He said that, looking back, he had seen the northern lights, but at the time he just thought it was a green sky.

The light shows visible here lately have been provided by the army with military flares, as part of a mammoth exercise, louder and more sustained than anything we have experienced in 20 years.

When the shelling first started, people in Stocksfield (25 miles away) apparently thought they were experiencing an earthquake and Twitter was full of people describing the earth tremors. In fact, it was all caused by heavy artillery, much of it firing only a few hundred yards from our house.

The cows and the sheep do not seem to been greatly worried by the noise; they are used to it and I suspect they would find low-flying jets much more alarming.

Naturally, we have been trying to get on with things as normal. However, the house has been shaking and the explosions have been so loud that at times we have been dining in scenes reminiscent of Carry On Up the Khyber.

Perhaps the worst aspect has been the mess the tanks and trucks have made of roads and verges. Everything is covered in thick, rutted mud. In the future, archaeologists will dig down and find a perfectly preserved hard road under the layers. They will ask what disaster could have brought this about and the answer will be a three-week training exercise by the British Army.

On other matters, I have had surprising news that one of my old college friends is standing for the Greens in the general election. It is not for me to make a political analysis of the Greens, although I could refer you to the recent Daily Telegraph piece, headlined “The Green party is a Looney Tunes alliance of druids and trots”.

Despite my alarm at the Greens’ views on livestock farming and horse-racing, I sincerely wish my friend well and hope that he gets a lot of votes. This would prevent the party from winning the seat which would halt the badger culls, even if the scientific evidence shows that they work.