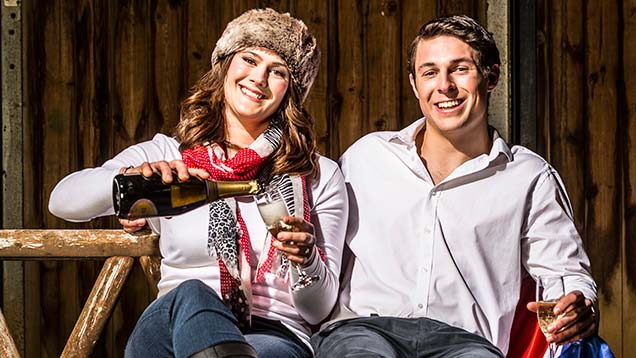 The winners of Farmers Weekly’s Britain’s Sexiest Farmer 2015 competition have been named.

More than 300 people entered the competition, but a 27-year-old farmworker and a 20-year-old arable farmer beat off strong competition from across the country to take the coveted title.

Lizi Clubley from Yorkshire and George Grant from Lincolnshire triumphed, with more than 15,000 public votes cast.

Farmers Weekly‘s Community and Farmlife editor Tim Relf said: “Lizi and George are passionate advocates for farming, and their determination and dynamism is inspiring.

“We hope that when other people hear their stories, they too will be inspired to pursue careers in agriculture.”

The competition, run in association with The Original Muck Boot Company, has attracted acres of media coverage, helping debunk stereotypes about farming and highlighting what an interesting and diverse industry it is to work in.

Find out about the winners, see more photos and video, and read TV presenter Gok Wan’s verdict on the pair.