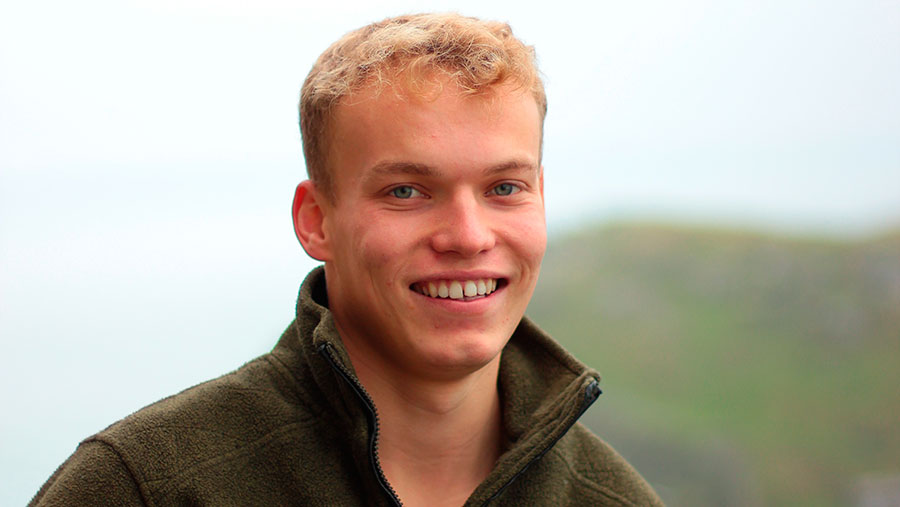 While a student at the University of Nottingham, Jerome Fielder launched a campaign to put mental health issues on the curriculum. Now, newly graduated, he is continuing his fight – and would like your help. He’s calling on farming people and organisations to back his petition.

You don’t expect to receive a phone call telling you one of your best friends has taken his own life. But in January 2016 I did.

As you’d expect, the news shook me to the core. I didn’t know what to do or say, especially to Tom – Joe’s brother – who’d broken the news.

Joe was my closest friend at Askham Bryan College; we were gym mates and he taught me the ropes of practical agriculture as I was a newbie to the farming scene. Joe’s family were also incredibly hospitable to me as my family were abroad.

After two great years at Askham Bryan we went our separate ways to get a degree. Distance meant we drifted apart and we were poor at keeping in touch, but we still managed to catch up a couple of times a year when I was back in Yorkshire.

See also: We farmers just bottle up out worries

But I never expected what happened to… happen. I suppose you could say the whole thing kicked me into gear and, out of a really negative situation, I tried to find a shred of positivity.

I decided to sign up for a marathon and raise money for Papyrus, which is a charity that tries to prevent young suicide. I was encouraged by the support of everyone and even smashed my £1,000 target. Yet I felt more needed to be done.

About one farmer a week takes their own life. Three guys in my year group at school did it, and the reason Joe took his own life was because of depression.

Agriculture is a high-risk industry for suicide, so why on earth isn’t it being spoken about in colleges and universities?

It’s ridiculous. I remember at college having so much teaching on health and safety when operating machinery due to the high fatality rate in the industry.

Do we not need teaching about our mental health when farmers are more likely to die from suicide than agricultural fatalities? Yes, we do.

So, I set the ball rolling. In my final year at the University of Nottingham, I felt that I had a real opportunity to tell people about this massive crisis in mental health, especially among men.

I created a presentation of my personal experience of mental health in agriculture, with a few statistics to divulge to my year group alongside a welfare officer.

I also created a petition for people to sign after I spoke, which was aimed at our agriculture lecturers to add some suicide awareness training into our curriculum – everyone signed the petition.

I then presented it to the first- and second-year agriculture students, who again all signed it.

This led to meetings with agricultural lecturers to look at adding suicide awareness/mental health workshops and training into the curriculum.

Recognising this is a national issue, I created an online petition to target higher education and further education (FE) institutions. The petition has more than 350 signatures, so far, and the National Farmers Union and the Farming Community Network are backing the campaign.

However, I would also call on the National Federation of Young Farmers’ Clubs, politicians, levy boards, agricultural lecturers and agricultural businesses and charities to support the petition.

Any reluctance I experienced from lecturers seemed to stem from feeling inadequately trained to address this issue themselves, which is why we have discussed bringing external speakers in.

The whole campaign seems to have really taken off. BTEC Pearson, who construct agricultural qualifications for FE institutions, have been in touch to show how they have put mental health into a unit of the extended certificate in agriculture qualification.

This unit focuses on personal stress, illness, work-related stress and workload and lone working. They have also mentioned mental health as a discussion point in the contemporary issues unit.

Furthermore, the University of Nottingham is looking at offering mental health “first aid” training as well as more specific instruction, alongside other efforts to change the culture around mental health.

I believe mental health and well-being should be part of the curriculum of agricultural courses because everyone needs to learn about this issue and how to address it.

I’m also aware that non-compulsory sessions are less likely to be attended by those who most need to hear it – especially men.

One agriculture graduate signed the petition and said: “University does prepare you for many things in life but not for depression and mental health, which is just as important as physical health.”

Another said: “I know a lot of my year have felt a little bit lost mentally, lonely and wondering where things are going since graduating. We need training on how to prepare for life outside university.”

These shortcomings need to be addressed to buck the trend of an agricultural industry in a mental health crisis.

So the petition is bringing about positive change, but it needs the help of the agricultural industry to get behind this initiative.

I’ve just graduated and very recently got married. I start work soon as a trainee farm business manager for Openfield in Lincolnshire. However, I’d like to continue this campaign and speak in FE colleges about the issues surrounding mental health in agriculture.

It’s a fact (and a horrific one) that this issue isn’t going to go away. We can shy away from it, or we can learn about the effects and how to spot this devastating disease. I’m betting it would’ve helped prevent lives lost due to this crippling illness.

Add your name to the petition

You can reach Jerome on Twitter at @JDFielder or email jerome.fielder94@gmail.com