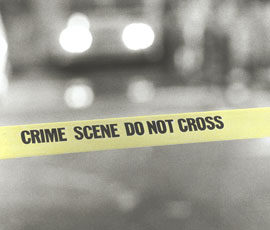 Police are hunting cattle rustlers who stole £24,000 worth of livestock from a Dumfriesshire estate.

The raiders escaped with 11 in-calf Galloway cows from Glenzier Garden Farm, near Canonbie. The prized cattle were housed in a shed at the farm, which is part of the Buccleuch Estate.

Police have appealed to the public for help to catch those responsible.

“It is unusual for cattle, especially those in calf, to be stolen from our area,” said PC Alistair Mitchell, of Dumfries and Galloway Constabulary. “Someone has gone to a lot of trouble to take these highly-valuable Galloways.”

The cattle, which were double tagged, had been kept in the building where they were being fed over the winter months and were almost due to calf.

Estate assistant manager Michael Birnie told the Dumfries and Galloway Standard: “We are working closely with Dumfries and Galloway Constabulary and would appeal to anyone who might know or suspect anything about the theft to come forward with information in order to help us recover these top-quality animals, which are likely to be distressed.”

Police are also investigating the theft of about 400 litres of heating oil from two neighbouring Canonbie farms and a Kirtlebridge property in recent weeks.

To see crimes in your area or report a crime visit Farmers Weekly’s online Crime Register.