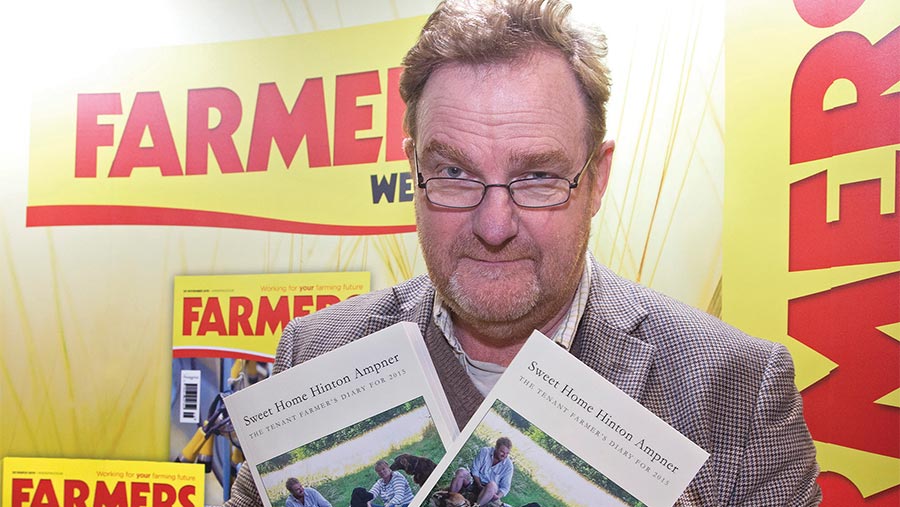 Writing a memoir is a dream of many in the farming community.

It’s a chance to capture the joys and challenges of rural life, help convey important messages about agriculture, plus create a lasting keepsake for future generations of your family.

But taking a book concept from an idea you have one day in the tractor cab to a published reality brings challenges of its own.

Why did you want to write this book?

Being an incredibly shy and retiring type, I’ve always kept diaries: little “five-year” ones at school, long self-indulgent ones during my “gap yah” in New Zealand (thank God that one went missing in Hong Kong on the trip home; let’s hope it never resurfaces – could be very embarrassing).

Of course, being a farmer, I’ve kept “what I did today” and weather diaries. In 2015, I thought I’d write a really long and thorough one – a proper record of unfashionable farming.

How did you decide what to put in and what to leave out?

Every morning, I sat down and chronicled the previous day. So everything about my little world is in: weather, farming activities, family life, trips to the Jolly Flowerpots, assorted disgusting illnesses.

How did you finally get it published?

140,000 words sat on my computer, achieving nothing. It dawned on me that one good thunderstorm could wipe out the lot, so I thought it was time to do something with them – get them published.

Two minutes of Googling “self-publishing” produced Dan at Tricorn Books, who has handled the whole process with exactly the right enthusiastic and productive attitude.

Why choose that route?

I had tried mentioning it to a couple of “proper” publishers, who looked at me with complete disdain; wrong sort of farming, you see. And, being a control freak, I wanted as few others as possible to be involved with its production.

Dan, his assistant and I did all the proofreading and text tidying up ourselves. Looking for misprints in something you’ve already read 10 times over for about three weeks is a real challenge.

Despite that, one chronological howler sneaked into the first print run – now a collectors’ item. 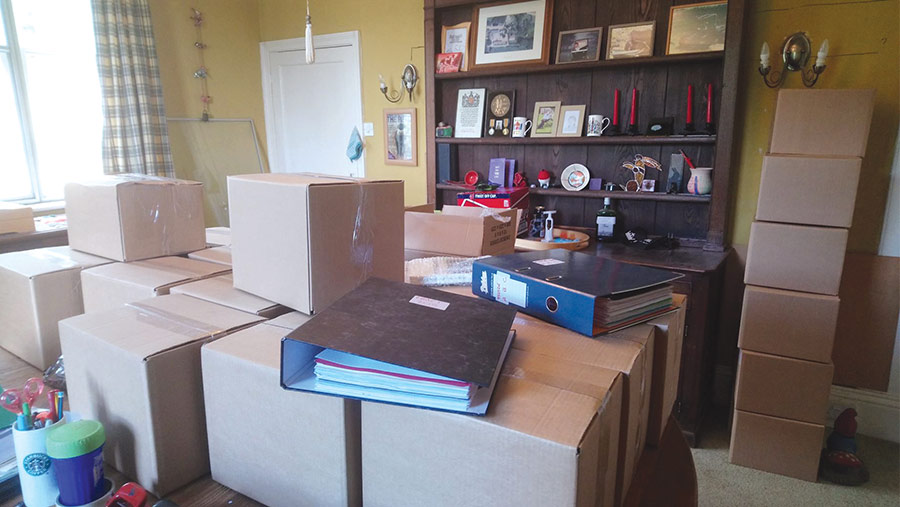 What’s the best way to sell it?

The posh bookshops were like posh publishers; they looked at the book as if it were a mix of steaming manure and depleted uranium. Wrong sort of farming, again. They didn’t want tales of horrid crop-spraying to soil their shelves of rewilding and organic wildebeest.

It has done well on eBay, and once Amazon saw how well it was selling, it started automatically “suggesting” it elsewhere – and that’s priceless. And during the wet winter, I was able to keep up with processing online orders from my office.

Local shops have been fantastic – Cheriton Post Office and the National Trust gift shop (good thing I edited out all the rude comments about the Trust… well, almost all). Kitchen table and after-dinner speech sales have been the most lucrative – and social.

Any lessons learned on the way?

Be bolder – I should have ordered many more copies at the start to keep costs down. And check, when posting, that sizes and weights are correct. I only got a few angry letters, but, my word, they were angry.

The biggest lesson is that there is a huge “conventional” farming community out there, quietly getting on with food production just like we do, and getting more and more fed up with being demonised by the Guardianista/BBC chatteratti.

Many of them were delighted to see a positive book about our world. I’ve got fantastic letters (and packets of Hobnobs) which prove it.

Have you had any negative comments?

Well, there was the honest review from a local picker-up: “I lost the will to live after six pages of ‘how to set up a plough!’” Cheers, Julie.

Are you making any money?

But now I’m up to 2,600 copies, the production costs per book have dropped by more than half so, yes, I am making money.

One of my neighbours is a high-powered literary agent, so I asked his advice. He kindly read it, then warned me most self-published books stagger to about 250 copies.

When I reached a thousand, and moved into profit, I took great delight in telling him. I haven’t told him yet that I’m at 1,800, and eyeing up a new Beretta.

Does the public have an appetite for more books about farming?

Yes. It’s easy to believe that they only want to read about cuddly bunny farming, but they’re keener than you might think to learn about the “real” job.

One of the joys of farming on a National Trust estate is catching the eye of a reluctantly inquisitive visitor walking the estate, desperate to know what I’m up to.

A five-minute chat, and I send my new best friend in the direction of the gift shop to learn more. I’ve certainly enjoyed the whole experience – I’m five months into the next one, which started on 1 February.

It was originally going to be titled Farming Hinton Ampner – the Brexit Year. Then I changed it to the Virus Year. Eventually, I settled on the Drought Year.

Sweet Home Hinton Ampner 2019: The Tenant Farmer’s Diary 2015 is available on Amazon and eBay. The book chronicles the daily goings-on of Charlie and his “long-suffering” family across one year on a 380ha heavy land, conventional farm at Hinton Ampner in Hampshire. It’s published by Tricorn Books.