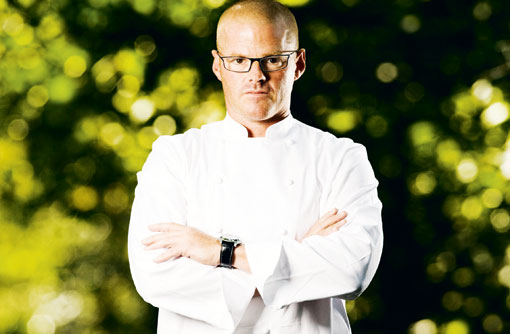 Celebrity chef Heston Blumenthal has called on the public to support British farmers at an emergency fundraising event organised by the Prince’s Countryside Fund (PCF).

The chef, who was recently made an ambassador for the Fund, was speaking at a clay pigeon-shoot event in Berkshire, which raised £50,000 to support those hit by the recent heavy snowfall and last year’s washout.

The charity released a £500,000-plus emergency fund earlier this spring to farming charities RABI, RSABI, the Addington Fund and The Farming Community Network to support those hit by issues including grazing and forage shortages, the poor harvest, and rising feed costs.

“British farming has had a really tough year with bad weather and some major food scandals that have affected confidence in the produce,” said Heston, who urged the public to buy British. A culture of cheap food is damaging British farming, he said. “The problem in this country is that we expect to pay more for motor cars, our telephones, our property, everything yet somehow we want our food to be cheaper,” he said.

“We need to feel proud of the ingredients we have in this country and that’s only going to happen if we back our farmers.”

Speaking about his restaurant, The Fat Duck, Mr Blumenthal said: “All our fish comes from British waters and 95% of our meat is British. Even if I’m shown a fabulous piece of aged beef from Switzerland, I’m not going to put in on the menu because it’s not British.”

“My role here is to help this charity grow and give as much support to British farmers as possible because they really need it,” he added.

If you would like to support the Prince’s Countryside Fund emergency appeal, text “PCF” to 70300 for a £3 donation, or donate online at www.princescountrysidefund.org.uk, or at the Post Office.